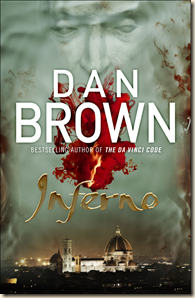 So. The Da Vinci Code. A lot of people read that book. An awful lot of vocal people despised it. The Vatican said it was blasphemy (thereby guaranteeing excellent sales worldwide).* Lots more people complained about it, and also its prequel, Angels & Demons, and follow-up, The Lost Symbol, saying it was terrible or poorly written, and any number of criticisms. They’re not high-literature, nor are they the best historical-crypto-thrillers out there. They are quick and engaging reads. And, as always, any book that sells a bajillion copies (probably the real number) is good for the publishing industry as a whole. Be it Brown’s novels, Stephanie Meyer’s Twilight or E.L. James’s 50 Shades of Grey (all sneered at by people from all walks of life, most by those who haven’t read them), they all go some way to supporting other novels that will appeal more to CR readers and general SFF fans who don’t, to their detriment, read CR… 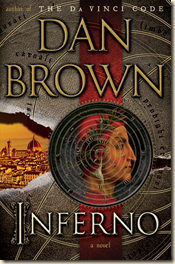 I will probably read Inferno. There’s something comfortable and reassuring about a novel that you know will give you exactly what you’re expecting. Suspend your disbelief and pathological need for realism, and I’m sure this will be a fun read. Regardless of what you may think of the author, Transworld have commissioned a pretty nice cover (above, right). The American cover, from Doubleday, isn’t too bad (left) either, but is basically a good example of the sub-genre’s standard style.

Here is the (US) synopsis:

In the heart of Italy, Harvard professor of symbology, Robert Langdon, is drawn into a harrowing world centered on one of history’s most enduring and mysterious literary masterpieces... Dante’s Inferno.

Against this backdrop, Langdon battles a chilling adversary and grapples with an ingenious riddle that pulls him into a landscape of classic art, secret passageways, and futuristic science. Drawing from Dante’s dark epic poem, Langdon races to find answers and decide whom to trust... before the world is irrevocably altered.

Inferno will be published in both the UK (Transworld) and the US (Doubleday) in May 2013.

* When I write my novel, and if anyone is kind enough to publish it, I will do everything I can to get the Vatican to publicly black-list it. I can’t think of a better publicity strategy…