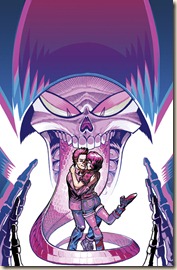 In death, he finally found something to live for. Lou Collins is caught in a cyclical curse of violent, gruesome deaths and new beginnings in the bodies of strangers. With no clue why, Lou desperately searches for a way to break the curse and cross over peacefully to the other side. Then equally doomed Ella comes along. It’s a love story to die for.

This is a really weird comic… It’s a little tricky to review, too. For one thing, it’s not very long, so I’ll keep this review short in order to avoid telling you everything about it. It’s worth a look, though, if you have a short window of free time and you’d like to read something a little twisted, and quite original. 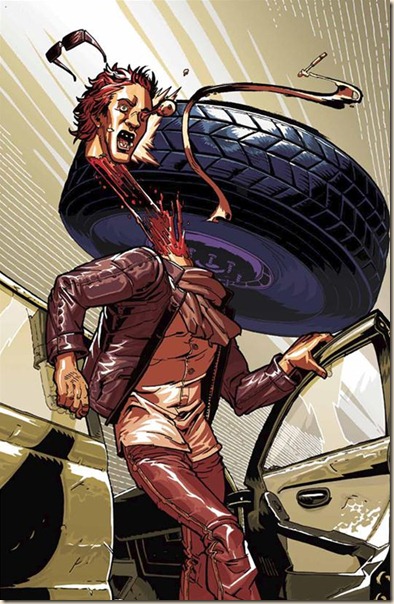 And no, this is not nearly the worst way. (One death involves crocodiles…)

After these various expirations, Lou is then resurrected in somebody else’s body. He has no idea what happens to the essence of the person he replaces, nor does he have any clue about who they really are or what they actually do for a living. Each new body is a new mystery to solve. One of the first things he’s started doing, too, is going to his own funerals. 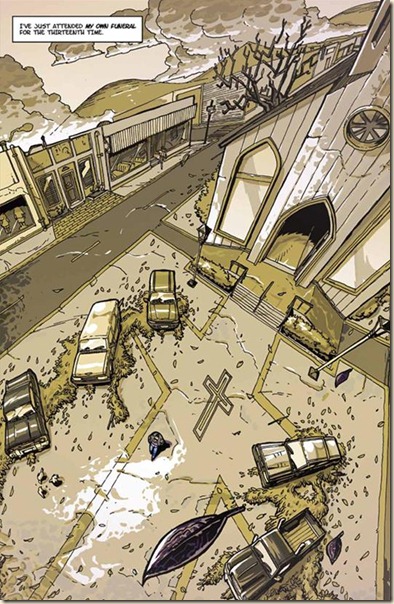 Given the length of the book, however, we never really spend much time with each new body – something invariably crops up that kills him all over again. For this reason, I think this series could have been a lot longer. It felt a little rushed, and I think this diminished the eventual pay-off (which is still quite good). There was one life he ended up inhabiting that could have done with more, but by the very nature of his curse, he actually just ends up ruining someone else’s life – a collateral damage statistic for the ultimate romance of the story. I was a little disappointed by this. Thought it was an odd cruelty to write into the story. (Maybe that was the point…?)

Anyway, through a series of bizarre, seemingly random events, Lou meets Ella. Ella, it turns out, also keeps dying, but she’s newer at this than he is. Naturally, they form a bond. With their shared curse, they plan to find each other after each new Leap, and strike up a romance. It’s a pretty twisted one, but it seems to work for them. As a result, Lou is no longer preoccupied with crossing over…

Grim Leaper is quite a clever, short book, and I enjoyed the way Wiebe has woven the mythology together, and the way it develops over the course of the story. Santos’s artwork is good, too – very consistent, a bit cartoony, but also eye-catching and detailed. It’s strange, but it’s actually quite a sweet love story in the end (save the aforementioned heartless moment).

If you have a comics fan in your life, who likes things a little weird and twisted, this could be a perfect Valentine’s Day gift…