Guest Post: “On Gritty vs. Heroic Fantasy” by Michael Sullivan

In this week’s guest post, we’re taking a break from our Influences & Inspirations series with Michael Sullivan, author of the superb The Riyria Revelations. Michael offers his thoughts on today’s fantasy scene, his approach to writing his novels, and the value of optimistic stories and heroes.

“On Gritty vs. Heroic” 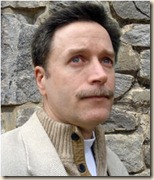 Hello, my name is Michael J. Sullivan and I want to thank Stefan for inviting me to visit with you today. Usually I start off by saying you probably don’t know who I am, but I can’t use that line here because of the generous mentions by Civilian Reader about The Riyria Revelations and The Viscount and the Witch. So, first and foremost I wanted to extend a heart-felt thank you. I am forever grateful to the fantasy blogging community, who are directly responsible for any success my books may receive. Your tireless efforts to keep fantasy readers informed are a tremendous service to the community and I wanted to thank you for all that you do.

For those that don’t know anything about The Riyria Revelations, it can best be described as traditional epic fantasy; some have even called it classic fantasy. While many books these days have trended toward the gritty and dark, mine have an undercurrent of optimism. Sure my main characters, feature people of dubious distinction (Royce is a thief and former assassin, and Hadrian is an ex-mercenary who has shed more than his fair share of blood), but when the need arises, they ultimately do the right thing and become unlikely heroes. 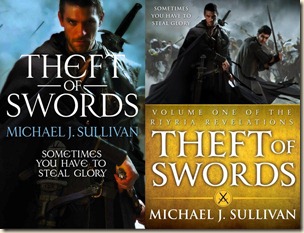 Call me old-fashioned, but I like the idea of heroes. Proponents of the darker side of fantasy claim that it is more realistic. That there is no such thing as a good man, corruption runs rampant, lust, hate, and jealousy abound and there is no happily-ever-after. I see things differently. Maybe it’s that I choose to focus on the positive. I truly believe that each year is better than the one before. Racism, while not extinct, is much different today than when I was growing up in the ’60s. Medical advances have saved tens of thousands of lives, and food is abundant and relatively inexpensive. Technology has given us hundreds of entertainment options providing thousands of hours of enjoyment. All in all, I consider myself fortunate to have been born when I was, and I’m encouraged that my children’s lives will be better than my own.

That being said, I’m willing to concede that not everyone sees the world as I do. As Royce points out in The Nature of Right, what someone believes is largely a matter of perception, and I’m aware that my spectacles may be rose-tinted and my glass half-full. But if that is true, then shouldn’t our fantasy reading be an escape to somewhere that will give us some solace from all the negativity? 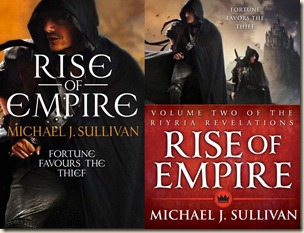 I’ve written a fantasy series and it is meant to exemplify how I would like reality to be. My purpose in doing so is to entertain. I want you to be whisked away on an adventure accompanied by people you like, going somewhere new and exciting, even while surrounded by work, school, or current pressing obligations. Sure, the trip won’t be all sunshine and rainbows. I’ve been known to kill off more than a few beloved characters, but they don’t die indiscriminately. This is a story, not a chronicle of events, and I take full advantage of deciding when and why something occurs. If there are hardships that my characters endure, it is so that they can overcome obstacles and become better for having weathered the experience.

My books touch on classic themes, not because I’m trying to provide a counter-balance to current trends, but because I wrote a book that I wanted to read. I fell in love with fantasy in the ’60s and ’70s, and quite frankly, I’d been away from the genre for so long, that I wasn’t even aware there had been a shift to dark gritty realism. The idea for the series actually came to me in 1990 and it has been over twenty-one years in the making, so any timing is just the result of serendipity. Still, I’m always pleased to see comments where people say that the series reminds them of why they fell in love with the genre in the first place. I think that some thematic elements, if done well, never go out of style. 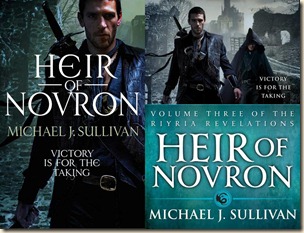 I’d like to leave you today, with some writing that sums up my feelings better than I ever could, and yes I realize the irony of that statement. But Tim McCanlies, masterfully conveyed the sentiment in just a few lines and he deserves full credit. He wrote one of my favorite movies, Second Hand Lions. The story centers around a boy on the verge of manhood (Haley Joel Osment) who has been lied to his entire life. He has spent the summer with his two eccentric great-uncles (Robert Duvall and Michael Caine) who have been filling his head with tales of adventure that supposedly occurred during their youth. Haley isn’t sure whether the stories are true and Duvall gives him a piece of his “what every boy needs to know about being a man” which says it all.

“Sometimes the things that may or may not be true are the things a man needs to believe in the most: that people are basically good; that honor, courage, and virtue mean everything; that power and money, money and power mean nothing; that good always triumphs over evil; and I want you to remember this, that love, true love never dies. You remember that, boy. You remember that. Doesn’t matter if it’s true or not. You see, a man should believe in those things, because those are the things worth believing in.”

Also on CR: Interview with Michael, reviews of The Viscount and the Witch and Theft of Swords