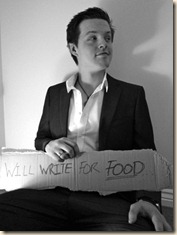 A short while ago, Ben Galley sent me the first two books of his self-published fantasy Emaneska series for review: The Written and Pale Kings. As anyone who has read my Reviewing Policy knows, I don’t accept self-published works. However, I had seen Ben’s work pop up on a few other blogs I follow, and I found myself intrigued despite my reservations. I intend to give at least the first one a read at some point in the future. In the meantime, I learned about another project Ben’s involved in: turning his books into graphic novels. Since Civilian Reader features ever-more comic and graphic novel-related content, I thought it would be nice to learn a little more behind Ben’s motivations for taking this latest step.

“Fantasy In Colour” by Ben Galley

I’ve recently embarked on a new chapter of my self-publishing career. With the help of the crowd-funding site Kickstarter, I’m attempting to turn my debut novel The Written into a graphic novel.

The question is, why?

It’s a damn good question. One with many answers. A lot of authors seem to be toying with the idea of migrating their tomes to artwork recently. The eminent Mark Lawrence, author of the Broken Empire trilogy, has been blogging a lot on his eagerness to turn his books to art. Even as I write this I see a tweet from Lauren Beukes of Zoo City and Moxyland fame saying:

It’s a popular feeling, that’s for sure. Not a new one, though. Fantasy graphic novels already exist, and have for quite a while. A most recent and high-profile addition was the adaptation of Game of Thrones, following in the wake of the cash-cow that was the HBO series. Another example: Robert Jordan’s Eye of the World. Stab at merchandising or not, it seems to me, as an author and fantasy fan, that there’s a buzz around graphic novels at the moment. So, why? Why am I, and others, so keen to see their prose in paint, and is it a good idea?

I suppose the real argument is this: Take your favourite fantasy novel. How many times have you devoured it? Is it a dog-eared crumple of a thing, squashed proudly on your bookshelf? I would wager so. Think of all the times you’ve read it, how well you know it, inside and out. All the scenes and intricacies you’ve conjured and carved in your mind’s eye. Wouldn’t you be a bit dubious about somebody taking your favourite book, and putting its words into art? It may not fit what you’ve imagined. Possibly it could ruin it.

It’s that old adage of whether the film is better than the book. Take our good old favourite, Lord of The Rings. Peter Jackson’s efforts were Herculean, that was for sure, but did he do a good job of visualising Tolkien’s world? Over the years since the films hit the screen, I’ve heard so many different opinions on that. It seems to me that the jury is still out.

It’s risky then, transferring prose into a visual medium. It can alienate your readers. So why take that chance? 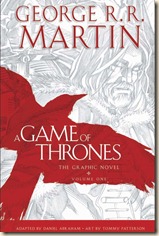 Personally, I think it’s because we know we can do a good job, as I’m sure Peter Jackson was. (Just for the record I think Mr. Jackson pulled it off. Stirling effort, good sir, and with The Hobbit too.) Going back to the Game of Thrones graphic novel, I’ve seen some bad reviews, and heard very mixed reactions from people in bookshops about it. The consensus seems to be that it was rushed out with all the other merchandise, and that it isn’t faithful to the books, in art and execution. Maybe this is the crux. Making sure you do a good job of it. In my mind, there is nobody better suited to the job than the author themselves. The author forged the world and characters in the first place, so if they oversee its depiction, surely it will be a success. I believe so. 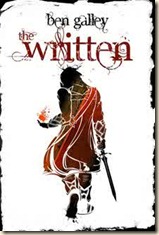 I also think it’s because a graphic novel is a natural progression, especially for our genre. Fantasy is closely linked with the Science Fiction, speculative, horror, paranormal genres, and countless similar sub-genres and crossovers. When you look at the graphic novel market, it’s much the same. There are a few that stand out, of course, but largely there is a considerable similarity in subject matter. So, why not? Why should readers not get the chance to see their favourite books in art form. Conversely, why should those who exclusively read graphic novels not get the chance to sample stories they otherwise might not have read? I think I owe to my readers to show them what else my books can be. Part of me thinks I also owe it to myself. Other than that, it gives authors new markets, new readers, and increases their success. 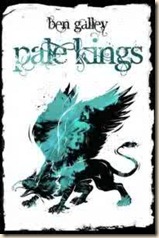 Lastly, I think it’s because art gives authors license to do what words may not be able to do; or, at least, not in the same fashion. Magic, creatures, sweeping, foreign landscapes… the imaginations in the fantasy market abound with exactly that – fantasy. Not that words fail in any sense, but wouldn’t it be great to also see the worlds that authors have built, as well as imagine them? To see those blistering fight scenes? I believe so. That was my main driving force behind the project I’m now in the middle of.

So that’s why I’m doing it, but I suppose it’s all relative. It depends on which books are being turned to graphic novels, and what you as a reader want to see, or rather, not see. We all have our own mind’s eye, and they each see different things. Whether it spoils or enhances your favourite books, surely it’s worth the shot? Personally, I say there should be more graphic novel adaptations, more chances to expand novels and worlds beyond the written word.

Some sample art from the upcoming Emaneska graphic novels: 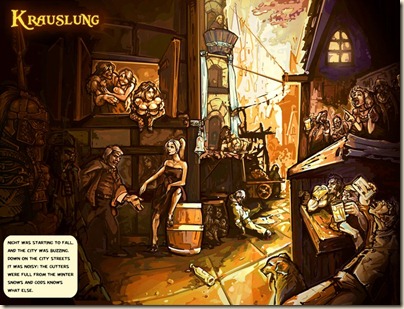 And I rather liked this piece… 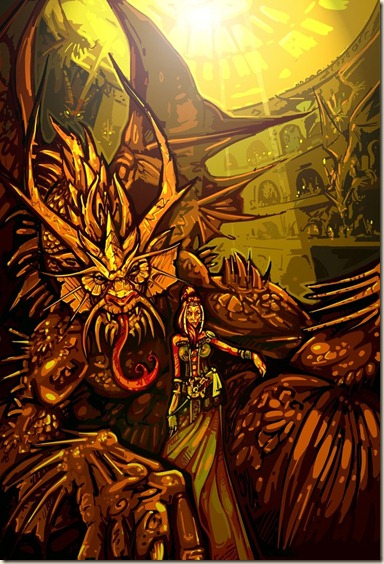