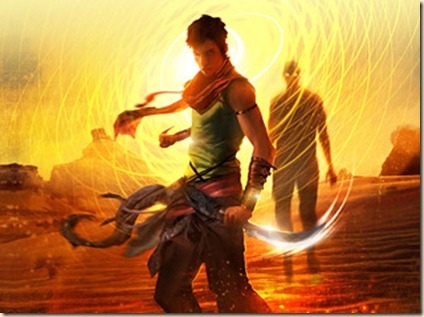 I first heard about Amy McCulloch’s debut novel near the end of last year, I think. Later, I got the chance to ask her about the upcoming book. Ever since, I’ve been very eager to read The Oathbreaker’s Shadow. I decided to pick her brain a little more, to find out more about her influences, experiences in publishing and as a writer.

Let’s start with an introduction: Who is Amy McCulloch?

I am a British-born, Canadian-raised girl of many publishing hats. I commission SF/F and YA from brilliant writers for a major publishing house in London, and my free time is filled up with writing, running or travelling – and sometimes sleeping.

Your debut novel, The Oathbreaker’s Shadow, will be published in June (Random House). How would you introduce it to a new reader? Is it part of a series?

The Oathbreaker’s Shadow is a YA action-adventure fantasy, and the first book in a duology. Apart from pointing to the official synopsis and comparison authors (Random House says: “For fans of Jonathan Stroud, Philip Pullman and George R.R. Martin” – take with many pinches of salt!), I like to say it’s a story of swords, sands and secrets set in a world inspired loosely by Genghis Khan-era Mongolia. 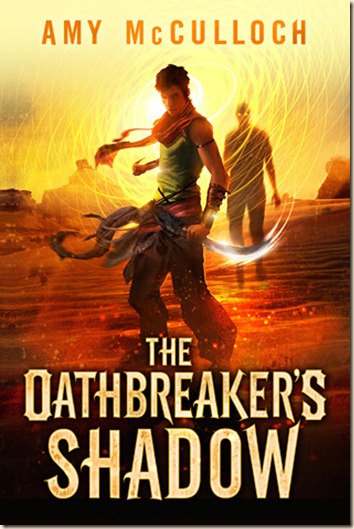 This novel in particular was inspired by a single vignette that popped into my head as I was waiting for The Lord of the Rings musical to start (weird, I know): in a world where your word means everything, a young boy breaks a promise he never knew he made...

In more general terms though, I was inspired by what I was learning at the time: I was at university, studying Old English language and literature, and also taking a course on the History of China (I wrote my term essay on the Yuan dynasty, which was founded by Kublai Khan, Genghis Khan’s grandson, hence the fascination). Although the medieval periods of both societies were vastly different, I was fascinated by the whole concept of fealty. It’s such an inherently ‘medieval’ construction – that idea of pledging allegiance until death to a single person. It’s a difficult thing to imagine doing now, isn’t it? Pledging your life to a single person?

I wanted to explore that even more, and fantasy gives you the ability to take a concept and examine it on a whole new level. What if a broken oath manifested physically, as a scar or a shadow? What if, to gain great power, you had to do the thing you found most revolting? That’s one reason why I love the genre – it’s still about story, it’s still about the characters, but you can push concepts as far as your imagination will let you.

I also maintain that learning – and continuing to stretch and grow as a person – is the key to continuing to be inspired. For me it’s all about asking those “What if?” questions – and if you aren’t challenging your brain, then it won’t come up with anything new. At least, that was my excuse for why I wrote during university lectures rather than listening to them...

My dad made me a fan initially: he brought The Lord of the Rings into my life! I mostly read YA fantasy from then on, so my early loves were Ursula K. LeGuin, Philip Pullman and, of course, J.K. Rowling.

My wider introduction to genre fiction came again at university. I took a course on SF/F literature and read: 2001: A Space Odyssey, Dune, Snowcrash, The Female Man, Odd Thomas, Man in the High Castle, Neuromancer, The Hitchhiker’s Guide to the Galaxy, Parable of the Sower, Evolution... all within the space of about three months, and that sort of catapulted me into the world and I never stopped.

My dad is still influential, though. He buys things with “weird” covers on and assumes I will like it. Case in point: he bought me Perdido Street Station on a whim a few years back and it turned me into a confirmed Miéville-obsessive. (And actually it was the book that made me think of editing as a career, but that’s another story.) Now it tends to be the other way around – I provide my dad with all the reading material he could ever need!

I love it, really. I find myself immersed in words all day, every day – which has always been my dream. It does mean though that I have to be careful with my time, as the different aspects of my life bleed together so well, it’s sometimes difficult to separate them. But if I’m under a tight deadline for my writing, I have to reserve my after-work hours for that. And if a really hot manuscript comes in, I’ll spend all night reading at the expense of everything else.

In terms of research, I buy loads of non-fiction on my chosen subject and I read that on the bus to and from work. I tend to fill up the pages with post-it notes and jot down notes in the margin. I treat novels like they’re sacred, but if it’s non-fiction I can scribble all over it! 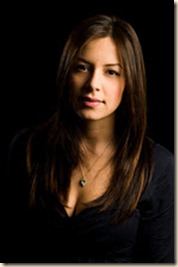 I wanted to be an author in high school – but never really thought it would happen! I wrote my first book, which was about two teenagers who are transported back to Tudor times via a magical book – although one wakes up rich and living in a beautiful castle filled with luxuries, and the other wakes up poor on the dirty streets. It was 35,000 words long, and I thought it was a complete novel. I still love that story, though, and it was filled with things I was fascinated with at the time: Shakespeare, Tudor dances, history. I love all the books I write, or else I wouldn’t have written them – I write for myself, first of all. I still see The Oathbreaker’s Shadow as my fourth novel, despite the fact that it’s my first published one.

I think the genre is a fascinating place to be at the moment. Obviously the publishing industry is in flux and trying to figure out its place amidst all the opportunities in digital publishing and the new ways to reach readers. However, I still think great story telling stands out, and there will always be an appetite for that.

I find it really difficult to place my book in the genre. Obviously, it can be seen through the lens of more ‘diversified’ fantasy – it’s not got a medieval Western Europe setting, for example. I’ve asked other people for help on this, and they tend to say the same things, so I’ll repeat it here: it’s a bit Dune meets Avatar: The Last Airbender (TV show, not the movie), and a bit the Dothraki scenes of A Game of Thrones. I’m not sure where that puts it in the genre though?

I’m currently writing away at the second half of my duology. It’s scary to think that it will wrap up in this volume, but that’s how I’ve always envisaged it: as one story split in two. One of the things I discussed with my editor before she bought the two books was that we wanted to keep the pace and the action as tightly plotted as possible – hence why there are two books as opposed to dragging it out over a few more.

That being said, it will be gut-wrenching to leave this world. But I’m always several steps ahead of myself, and I have the first book of a different series written and with my agent. It’s still fantasy (I struggle to think I could write anything else), and still YA, but with a female main character and a lot more modern setting.

I’m reading non-fiction for research – currently The Mongol Art of War by Timothy May. And fiction-wise, outside of all my wonderful authors’ novels and new submissions, I’m trying to catch up on my YA TBR pile: Hollow Pike (James Dawson), Pandemonium (Lauren Oliver) and Days of Blood and Starlight (Laini Taylor).

I used to be a massive science nerd and won gold in the Engineering category of the Canada Wide Science Fair in 2003 for developing a computer mouse that you didn’t need to touch.

I don’t think I would be honest if I didn’t say the publication of my first novel in June this year! Outside of my Harper Voyager books – ALL of which I am anxiously awaiting or else I wouldn’t work so hard on them – I’m also really looking forward to the new Neil Gaiman novel, The Ocean at the End of the Lane. Oh, and season three of Game of Thrones, of course! Oh great, now that theme song is stuck in my head... 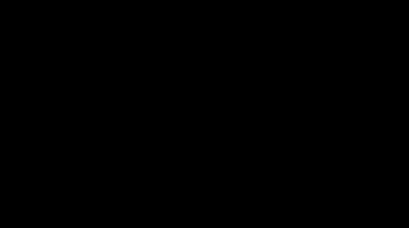 The Oathbreaker’s Shadow is published in June 2013 by Random House’s YA imprint. Find out more about Amy’s writing by visiting her website, and be sure to follow her on Twitter.