This is the first post in a mini-series focused on the work of Terry Pratchett, which will go up on the blog over the course of this week. Here, Tom Lloyd (author of the Twilight Reign series) discusses the impact of Pratchett’s writing on his own… 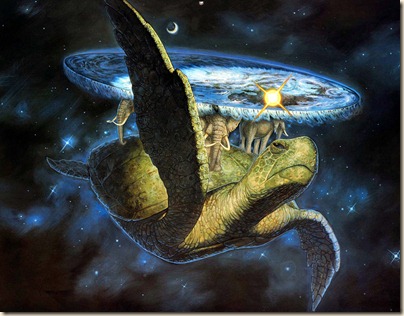 “On Terry Pratchett” by Tom Lloyd

Terry Pratchett has an entirely unique position in my book collection. I’ve got beautiful folio editions of Tolkien, a hardback collection of the Malazan Book of the Fallen, several first editions by BB I’m saving to read to my daughter, but the tatty, much-read Pratchett paperbacks still reign. For starters, I own more of his books than anyone else’s – they almost rival my own for the number of copies I have – and secondly, they’ve been read more than any other’s. I rarely re-read books, I’m a slow reader and simply don’t have the time, but whenever I’m stressed or too tired to keep up with a new book, I’ll grab a Pratchett as I head to bed. It’s a habit my wife’s taken up and a testament to the quality that some have had over a dozen re-reads and remain enjoyable. They’re not perfect, with fluctuations of style and missteps aplenty, but still I’m not convinced millions of readers and a knighthood is sufficient recognition for his body of work, given the sniffy attitudes of the large chunks of the reading public.

The Twilight Reign has a lot of Gods and consequently a theology to explain their relationship with the followers. That was directly informed by Pratchett’s books (most especially Small Gods and the Hogfather but religion and folklore has been an ongoing musing through many others), while the desperate bargains and plans for the culmination of the entire series simply wouldn’t have taken form without his books. When considering female literary characters I respected, there was only one I wanted to name my daughter after – Esme Weatherwax – and Sam Vimes is certainly on my shortlist of favourite male characters. 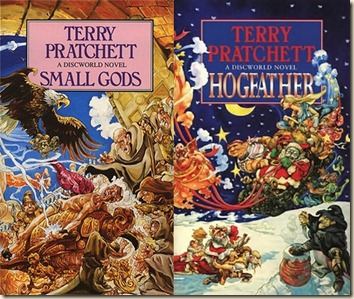 The humour aside, it’s Pratchett’s humanity that is his genius. His instinctive understanding of folklore comes from that, his humour comes from that, his flair too. That he has a disease which steals who he is seems doubly cruel. I believe Stephen Fry said about Douglas Adams that his writing compelled you to read sections aloud to others and Pratchett is one of the few others for whom this is also true. 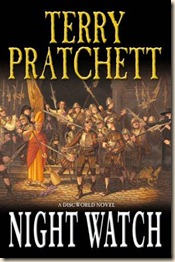 As a politics graduate, years of learning about ideology and the unpleasantness others do to each other, you end up profoundly frustrated with all the certainty and rigidity of politicians and theorists. So while one of my favourite Pratchett quotes remains the butchered profundity of “Build a man a fire and he’s warm for a day, set a man on fire and he’s warm for the rest of his life”, there’s another that for me sums up his genius, my thoughts about politics and much of the course of history itself:

“People on the side of The People always ended up disappointed, in any case. They found that The People tended not to be grateful or appreciative or forward-thinking or obedient. The People tended to be small-minded and conservative and not very clever and were even distrustful of cleverness. And so the children of the revolution were faced with the age-old problem: it wasn’t that you had the wrong kind of government, which was obvious, but that you had the wrong kind of people.”

Filter that through a prism of the Daily Mail, Communism, religion, almost whatever you want frankly, and it works. Once you’ve done that, go and read some of the funny bits again, they make the world a better place.

Tom Lloyd is the author of the five-book series, The Twilight Reign, published in the UK by Gollancz and in the US by Pyr Books.