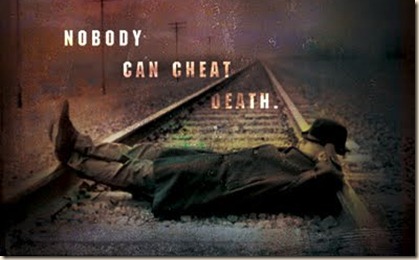 A purveyor of fine dark genre fiction, a new Robert Jackson Bennett novel is always eagerly anticipated (or should be, if you’re new to his work). Therefore, with his third novel now out in the wilds and receiving good buzz, I thought it would be a good time to learn a little bit more about the author’s writing and thoughts on genre fiction.

In addition, I am able to offer a giveaway for FIVE copies of Robert’s latest novel, The Troupe. So, have a read of the interview, then follow the instructions at the end for your chance to win.

Let’s start with your latest novel, The Troupe. How would you introduce it to a new reader? Where did the inspiration for the story come from? 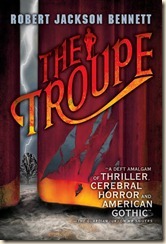 It’s an energetic, fun book that doubles both as a coming-of-age story as well as a fable about how the world was made, and why it has such flaws that frequently seem so discouraging. It’s something we all go through, as we get older: we learn that the world is not perfect, and that our lives could possibly be quite difficult, and we may never be sure why. The Troupe is a story about learning to accept and deal with that, and finding peace.

Despite these big pretentions, it is still a story focused on a small, makeshift showbiz family, full of foibles and tensions. I drew a lot of the inspiration for George’s character from P.G. Wodehouse stories, since his stuff is so chockablock with loveable but vain, ignorant prats (and George, being a talented but self-involved teen, certainly qualifies as such, at least at first).

Silenus, George’s father and leader of the troupe, is chiefly drawn from stories about Groucho Marx – the man, not the character – as well as a bit of Al Swearengen. Both are men who came to view their lives as trying to make the absolute most of a less-than-perfect world or industry.

But as far as the actual conceit of the story itself... I once had an idea for a story about a man who broke into abandoned homes, turned on a curious machine connected to a butterfly net, and used it to capture pieces of conversations the previous tenants had had out of thin air, and trap the pieces in glass jars. The conversations had still been echoing, you see, echoing on and on in these empty, abandoned places: you just needed a special machine to catch them. The man then pooled all these little fragments into one big pot, which made one huge story, a conversation about everything and everyone...

I never wrote that story. It was nearly five years later when I revisited it, and realized it’d brewed and bubbled, and become the story at the heart of The Troupe: a collection of people scouring the earth, trying to capture fragments of a long forgotten song that was still echoing in forgotten places.

The Troupe appears to be both quite different to your previous novels – Mr. Shivers and The Company Man – while sharing a dark atmospheric sensibility. What’s the attraction of this type of story-telling, and how does The Troupe differ from your previous work? 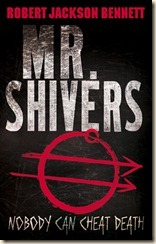 Well, I suppose in ridiculously, ridiculously simplified terms, The Troupe is similar to Mr. Shivers and The Company Man in that it examines the troubling nature of what appears to be a largely uncaring world. The titular figure from Mr. Shivers essentially personified this uncaring nature: every minute of his existence suggested that, stripped of the luxury of civilization, the world is ruthless and implacable, unaware of the existence of its inhabitants, and unyielding to the efforts of some to try and force things otherwise.

I think The Company Man sort of contracted the lens, a little. Mr. Shivers spoke in the language and perspective of myth, and it examined characters so starved and abused they were little more than scarecrow-men. The Company Man, being told in the same sort of line as a John le Carré spy novel, 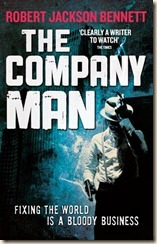 naturally focused more on the characters and their struggles within worldly structures, both civil and corporate. It still centered on individuals working against self-interested systems that are, by nature, rigged to ignore the individual; it’s just that The Company Man looked to economics more than spiritualism.

But though The Troupe examines a similar sort of relationship between one person and the hugeness of the world, it does so with much more pathos, and hope, and humor. It does not frame the struggle in purely life and death terms: though the obstacles Silenus and company encounter are frequently lethal, the issue behind them and much of the book is – how does one find peace with the whole world weighing down upon your neck? How can you be happy with what you do and what you have, knowing that one day you will be gone, and forgotten, and it will be as if you’ve never been there at all?

But despite all the darkness, and despite these doubts, it is a much gentler story than my previous two books. It should be: it’s a book more about hope and peace than war and doubt.

I don’t know why I keep coming back to these sorts of subjects. I suppose one of the greatest things about fiction is that you can examine big things in little ways. Fiction is, after all, a lens: I just keep wanting to tilt the lens straight up.

All kinds of places. I try to look as far from my own field, and my own life, as I possibly can. I once read a short excerpt from a medical journal that said, “The anomalies must be examined, for it is the anomalies that reveal the most,” and I’ve sort of taken that to heart. You have to look to the kinks in the systems, the oddballs and the contradictions, because there really isn’t any such thing as a contradiction: it’s just following a rule you don’t know about yet.

I’ve been reading genre fiction since I was a kid. I still don’t think of it in those terms, though: there are just things I want to read. Sometimes they fit within one idea the publishing industry has of how things should be (“Does it have a laser gun in it? Or a sword?”), sometimes they don’t.

I enjoy the hell out of it. Sometimes it’s a bit like being a sleeper cell of some conspiracy: I live my normal life, doing my normal boring things. Then I get a signal from the main office, and I start up my operations, disseminating information and setting up contacts. It’s common for writers to come to feel ignored, because there you are in your sleeper cell completely oblivious to whether or not your efforts are working or not. But I’ve been lucky in that I sometimes see more results than others. The two recent award nominations for The Company Man are certainly encouraging.

I don’t keep to any practices. I send myself a lot of notes on my phone, and I work when I can, under any circumstances. 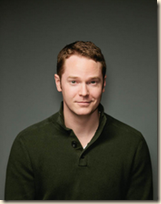 Sometime at the end of college. It was a very stupid decision: I had a very romanticized vision of the slumming, drunken writer, living in squalor and trying to type out gold. I wrote a huge, huge, thudding dirigible of a first novel, 450,000 words, which went down as a huge, huge, thudding dirigible would. I quickly realized that being a drunk is a full time job, and you can’t expect much professional progress if you aren’t genuinely dedicated to what you’re doing rather than how you look when you’re doing it. So I learned to shed that image of the Bukowski/Kerouac type of writer, and try to be an actual writer, which is quite different.

I think it’s heavily balkanized. There’s a lot of talk about fiction that straddles the boundaries, leaping between literary fiction and genre fiction and what-have-you, but due to the nature of the internet, and the proliferation of smaller channels of fiction, I think it’s possible to spend your whole life reading niche fiction, variations on a specific theme, and never have to get outside your comfort zone. Sure, nowadays you could find out more about the new and unfamiliar; but it’s more likely you’ll spend your time looking for exactly what you want, which is waiting for you in surplus.

I think this could be bad for us – I think it could lead to severe stagnation. And due to the nature of our myopia, we’d never know we’d become stagnant. It’s like I said: the genre culture has just as many self-imposed strictures as those the mainstream culture imposes on it.

I am not sure where my work fits in for all this. I don’t think it’s something writers should worry about, carrying around the question of “who will like this” inside them all day. That can lead to a writer writing to a demographic, which usually feels strained and satisfies no one.

I’m finishing up my fourth novel, currently titled American Elsewhere, which is sort of like Twin Peaks meets H.P. Lovecraft. It’s about an ex-cop named Mona Bright who finds out she’s inherited a house in New Mexico, and discovers her mother led a life she never knew existed. The house exists in a town based around a defunct lab much like Los Alamos in the 40’s and 50’s, and the town feels as if it’s never left that era. Soon Mona begins to wonder exactly who the residents are, and how they came here; and she begins to wonder why, exactly, the town is starting to feel like a home she never knew she had.

I’m actually rereading The Fellowship of the Ring for the first time in over a decade. I’d forgotten they spent so much time banging around in the Shire.

Before writing, I was preparing to become a classically-trained violist.

Having a conversation with my son. He turns 1 next month, and he’s still mostly vowel-oriented, but I’m very curious to hear his thoughts on everything.

All you have to do is leave a comment on this post, along with either your email address (leave out the “@”, though, to avoid spammers getting you – just write “[at]” instead) or Twitter handle.

Five lucky winners in the US or Canada will be selected at random on March 1st. Winners will be notified via either twitter or email, as well as mentioned in a comment here. 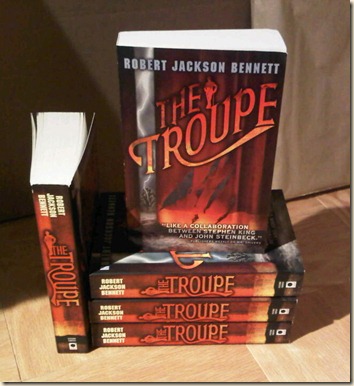 You could win one of these…!