A Quick Chat with LIESEL SCHWARZ 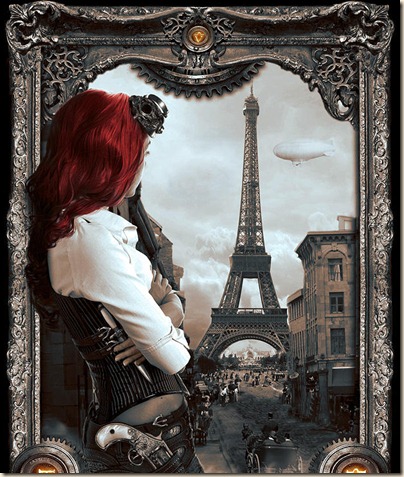 I went to an author event the other week at Forbidden Planet in London (great store, FYI), for E.J. Swift and Liesel Schwarz (both debut authors published by the new-ish Del Rey UK). I knew of Emma, having interviewed her last year (check out her book, Osiris), but I had sadly not yet heard of Liesel’s novels. Schwarz’s debut, A Conspiracy of Alchemists,is out now in the UK, and I thought it would be a perfect time to find out more about the author’s work and thoughts on the genre.

Let’s start with an introduction: Who is Liesel Schwarz?

Who? Never heard of her! (only joking)

Your latest novel,  A Conspiracy of Alchemists, was recently published by Del Rey in the UK. How would you introduce the novel to a potential reader? Is it part of a series?

A Conspiracy of Alchemists is the first book in a series of Steampunk novels featuring the intrepid Miss Eleanor Chance, dirigible pilot. It is an adventure novel in the spirit of writers like Jules Verne and H. Rider Haggard. 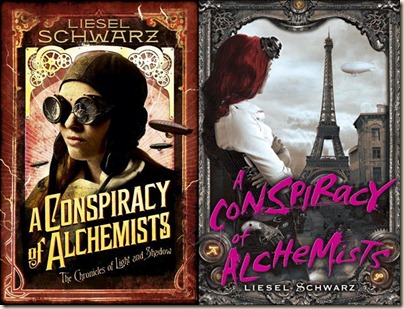 The characters came to me one day while I was travelling home on the London Underground passing through Baker Street Station, which is the birth place of steam. I just had to write what they were saying down and the story grew from there.

I draw my inspiration from everything around me. I am a life-long fan of Nineteenth Century Gothic Literature and so I feel comfortable writing in that time and style.

I have always been a fan. I have been reading all kinds of genre fiction since I was a child, so it’s been part of my life forever. 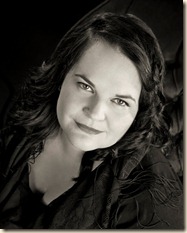 Being an author is the best job in the world. Every day is a blessing. But writing is also very hard and there are so many things that count against writers, so it is often the best and worst of times.

I am fortunate in that I am able to write almost anywhere: On trains, busses, while waiting in line… it comes from juggling a day-job while following the dream.

I have always made up stories, so the tradition of story telling has always been a part of me. My first short story was published in a school yearbook when I was seventeen, but I only started writing seriously after I left university.

I can’t look back at some of my first attempts at writing. Most of it is too awful for words. But then every author has a secret manuscript lurking somewhere in a drawer or a hard drive somewhere which should never be allowed to see the light of day!

I think that genre writing is a bit of a misnomer. “Genre” is really just the label booksellers put onto books so they can stack them on the shelves. There is no reason why “genre” or commercial writing cannot be to a literary standard. At the same time, I’ve read some “literary” fiction which wasn’t that good. In my view, it’s all the same thing.

But specifically, I think genre writing is going from strength to strength. In Romance, genre has outsold traditional works by levels that are exponential. And the same thing is happening with Fantasy and to a lesser degree Science Fiction. I think it’s a hugely exciting time to be a writer. 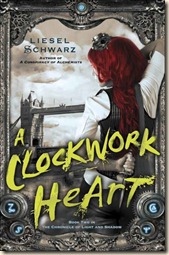 I am currently busy writing the third book in the Chronicles of Light and Shadow. The second – A Clockwork Heart – which is the sequel to A Conspiracy of Alchemists will be out in June 2013. There are also a few other projects under negotiation, but I can’t say more than that at the moment. It’s all extremely exciting, though.

I’m terrible, because I often read as a writer, which means I am sometimes reading up to five books at a time.

I have however recently just finished the excellent The Bowery Girl by Kim R. Taylor which was really good. In terms of non-fiction, I am currently reading a lot about traditional magic in early cultures, which is fascinating stuff.

I am a qualified lawyer and I once had dinner next to Nelson Mandela.

I am going to be at San Diego Comic Con in July this year. Appearing there as an author is something that is beyond exciting. Well, at least to someone as geeky as I am!