An Interview with KAREN HEULER

Last week I posted an excerpt from Karen Heuler’s much-talked-about and anticipated The Inner City anthology. Naturally, I thought it would be a perfect opportunity to interview Karen as well, and ask her about the book, inspirations and also an old job with strange, alphabetical hiring practices…

Let’s start with an introduction: Who is Karen Heuler?

I’ve published over 60 stories in literary and speculative journals and anthologies. My first four books were published with university presses.

Your latest story collection, The Inner City, was recently published by ChiZine. Have you always written darker fiction?

I’ve been writing odd fiction for dozens of years. My first collection was published in 1995, and the New York Times review called it “haunting and quirky.” I thought then that I was firmly in the literary world and occasionally writing magic realism. I managed to get a lot of stories published in literary journals and won an award and was short-listed for others. But some of my favorite stories never found a home. I used to read science fiction and fantasy when I was in my twenties, but for some reason moved into mysteries after that (still mainlining literary fiction, though).

Sometime in the late ’90s or early aughts, I started looking more closely at people like Kelly Link and a lot of writers who were crossing back and forth between literary and genre – Lethem, Saunders, Bender, et al. I returned to speculative fiction in terms of trying to catch up on what I’d missed, and also because it became a world where the stories I loved the most might find a home. I was completely surprised when it turned out that I was writing dark fiction of any kind. And horror. Not me! I frighten easily. I creep out easily. But I do, indeed, write dark. I write dark and I scare easily. Luckily, ChiZine created a glow-in-the-dark fish for me so I would feel safer (note: see cover). 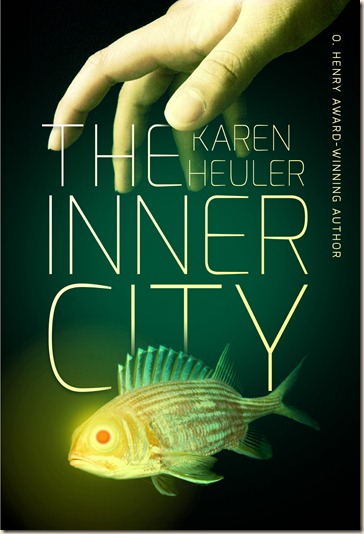 What inspired you to write the stories? And where do you draw your inspiration from in general?

What I think about most is how odd it is that we rarely experience “normal.” We have a standard in our heads of what our lives will be – or at the very least, should be – and it’s true, some people do have a great childhood, school popularity, a loving marriage, brilliant children, and a successful career. But it’s more common to experience failed love, menacing diseases, lack of recognition, and failed expectations. We live in a world shocked by earthquakes, falling meteors, cancer, flesh-eating diseases and a host of unexpected and unpredictable whims of fate. I work with this jarring alternate reality and to a certain extent, find an explanation for it. Secret city governments playing with you; scientists experimenting around you; people grabbing your hair and then your job – when you reveal the engine behind life’s arbitrariness, it all makes sense. And I, for one, want it to make sense. 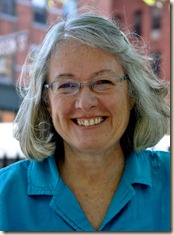 Some of my earliest jobs were as an editorial assistant – the first was at Dell Crosswords, where the person in charge had a policy of only hiring women whose names began with C or K.

I later worked as an editor at a very small art publisher whose paychecks bounced. Whenever we got paid, we all raced to the bank to try to get there before the account was emptied out.

This has of course spilled over to my own habits. I try to send my stories out as soon as I can, so they can get to magazine editors before other stories do. I tell my students, however, to revise up to 10 times before sending out their stories. And never to send to magazines with editors whose names begin with C or K.

Aside from that, I pretty much write when I can, when I have something to write. I am not much good at writing to schedule; I usually end up just throwing things out when I try to force writing. And I believe very firmly that a lot of the preparation for writing is already happening in the back of the brain as long as you keep it stimulated with books, movies, and people. It’s all process.

I wrote a “book” when I was 11. I lost it a long time ago, gratefully. I then wrote poetry and what would now be called flash fiction when I was in my teens. Then a few stories and my first novel in my twenties. That and the next two novels were more exercises than successes. I think your early work is basically testing out your talent, trying to locate the area(s) where your writing works best.

I’m re-reading Three Weeks in December by Audrey Schulman, reading James Tiptree’s stories, and trying to read a lot of stories in online magazines like Clarkesworld, Strange Horizons, and Daily Science Fiction. And I’m going through a huge backlog of New Yorker issues.

A native guide abruptly caught and then handed me a caiman while we were in a boat on the Amazon river. I handed it right back.

I’d love to finish a linked-story collection that’s been almost finished for the past six or seven years. I’ve got stories I’ve started that need to get finished. I have a novel coming out next January from Permuted Press [Glorious Plague]. But in the meantime, I’m enjoying life with The Inner City and ChiZine. Very much.