An Interview with V.M. ZITO 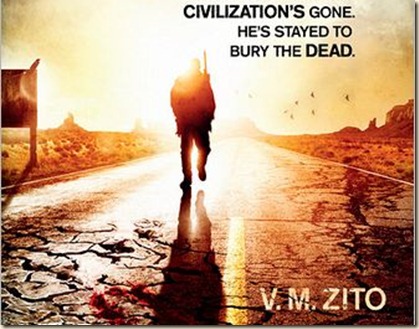 I’m a relatively new convert to the zombie-apocalypse genre, but I’ve found some really great new novels that are either doing something new or just very well. V.M Zito’s The Return Man, I thought, does both. It is also one of the surprise finds from last year. Read on for more about The Return Man, illicit childhood horror-reading, J.D. Salinger, Spider-Man and more.

As a debut novelist, I thought I’d start off this interview with something easy: Who is V.M. Zito?

Hmm... That might actually be a hard one! I’m almost 40, and I’m still trying to figure it out. I know for sure that I’m a writer from Connecticut. I’m also a lifelong horror fan, a football nut, a trail runner, a guy named Vincent, a coffee addict, a dad, a comic book nerd, and a creative director at an advertising agency.

Your debut novel, The Return Man is out now through Orbit Books (US) and Hodder (UK). How would you introduce the novel to a new reader?

The Return Man takes place in a fractured United States, four years after the zombie apocalypse. The western half is abandoned, inhabited only by the resurrected dead. Survivors live in the east, but many of their loved ones are still roaming the west as zombies. To help with their grief, they hire Henry Marco, the hero of the novel. He’s a professional corpse tracker who finds zombified friends and family, then mercifully re-kills them. Things get out of control when the new totalitarian government finds out what Marco is doing. They send him on a crazy suicide mission to find the zombie of a mysterious doctor... but they won’t tell him why. 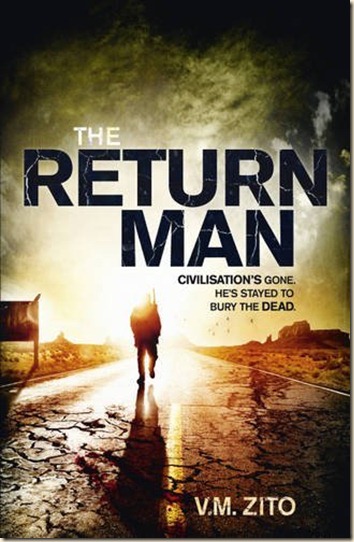 Why zombies? Where did the inspiration for the story come from? And where do you draw your inspiration from in general?

I’ve been a zombie fan since I was a kid, so thirty years of daydreaming about the living dead finally culminated in an idea for a book. I’d always imagined, “What would it be like to survive the zombie apocalypse?” Then one day it occurred to me: What if I survived but my wife didn’t? What if she were a zombie, out there somewhere, shambling through the dead world? How would I be able to bear that knowledge? Those were the first few story questions that eventually led to The Return Man.

In general, anything can inspire me. Weird news stories, interesting facts in a book, bad dreams, places I travel, strange sights out the car window when I’m driving... they’ve all given me material to write about.

I started young. My parents had a bookshelf in the basement, stocked with Stephen King, Peter Straub, old anthologies of horror fiction and more. When nobody was paying attention, I’d sneak down for some scary age-inappropriate reading. The very first book I ever read was The Amityville Horror. The second book was almost The Shining, but my mother caught me and took it away before I could finish. Too late – I was hooked. (I made it as far as the naked old woman in the bathtub. I guess that was enough to scar me for life.)

I have the typical love/hate relationship with writing. Some days it’s a source of joy and satisfaction, other days it punches me in the face – hard and repeatedly – until I vow I’ll never write again. And I always keep that vow until the next day. Working with the publisher has been great; my editor was so dialled into the book and was a fantastic help, especially in guiding me through the trials and tribulations of being a first-time novelist.

As for my writing practices, I’m a night writer. After my 9-to-5 job, after dinner, after homework with my daughter, I grab a large Dunkin Donuts coffee and head upstairs to write for a couple hours. I’m slow, so 500 to 700 words per night is a good haul for me. At that point, I’m half asleep, anyway. 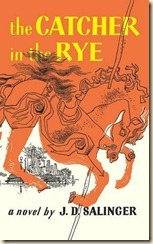 In high school, I’d always enjoyed creative writing classes. But it wasn’t until junior year that I had such a profound experience as a reader that I truly decided I wanted to be a writer – to be able to generate that power myself. The book that did it to me? Okay, prepare for cliché, but it’s my personal truth, so I’ll fess up. It was the quintessential teenage angst novel, Catcher In The Rye.

Funny, I’m just now realizing that I’ve often been asked which writers influenced me, and so far I’ve overlooked J.D. Salinger. But it’s true, this book propelled me toward authorhood. Looking back, many of my early short stories have a narrative voice with an obvious Holden Caulfield vibe. Then I went to college and discovered Bret Easton Ellis, and that took it up another notch; I started channelling Ellis (who was channelling Salinger), and all my characters were variants of Holden with some really serious self-destruction and violent generational hopelessness. Today, I look back fondly on reading Salinger and Ellis, but the fiction I wrote under their influence is cringe-worthy bad, and I’d rather eat a live spider than read a story I wrote when I was twenty.

I love horror more today than ever; I can’t walk through a bookstore without seeing five more books I want to add to my reading list. (Which is woefully backed up.) In the zombie subgenre, I do sense a bit of a mini-crisis brewing as fans like me get their fill of “classic” zombie story-telling and begin seeking out new twists and imaginative reinventions – only to discover that nothing beats the original. For me, The Return Man was purposely adherent to traditional zombie elements while giving fans a new angle that I hope they’ll enjoy.

I’ve just started my next novel, a dark supernatural fantasy set in the haunted backwoods of Vermont. I’ve been researching and prepping, and now the fun begins. 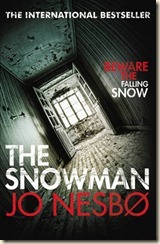 I’m about 20 pages into The Snowman by Jo Nesbo, a serial killer crime novel. I just finished the horror-thriller Midnight by Stephen Leather, the second book in his Jack Nightingale series. (And I’m eagerly awaiting the third!)

I was an extra in the original Spider-Man movie, directed by Sam Raimi. In the outdoor festival scene, when Macy Gray is singing and the Green Goblin attacks, I’m in that fleeing crowd as the stage collapses. Well, I’m there somewhere. I’ve gone frame by frame through the DVD but goddamn it, I can’t find myself. But I’m there. Please believe me. If you ever meet Sam Raimi, just ask him. I’m sure he’ll remember me.

In 2012, the New York Giants will defend their 2011 Super Bowl title. I’m a stark raving mad Giants fan, and I wish I could push a magical blue button and leap forward in time to the season opener. Until then, I guess I’ll just keep writing to entertain myself on Sundays.

Thanks for having me here at Civilian Reader, and thank you to everyone for checking out The Return Man! 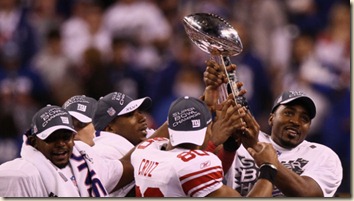