Jon Courtenay Grimwood’s The Fallen Blade was one of my favourite novels last year, and definitely one of my favourite vampire novels ever. It was dark, original, and visceral, populated by engaging characters. The sequel, The Outcast Blade is out now in the US and imminent in the UK. In this post, he takes a look at what it means to write a character in a particular time period…

“We know goblins don’t exist, but they don’t…”

In the beginning there was a bad man who met a girl who made him want to be less of a bad man and – if this was possible, and he wasn’t entirely sure – perhaps even a good man in time. And even if being bad was a hell of a lot more fun – for him and for the writer, which concerned him not at all – he still wanted to be good, because he’d done many bad things and the girl loved him and hey, he didn’t want to be bad anymore…

That, basically, is the template for a hundred novels and, with a couple of minor amendments, quite possibly, a thousand, if not ten thousand real lives. I was aware of the psychological profile we expect for a character moving from darkness to light, and the reading protocols, the expectations readers bring to different kinds of books when I set out to write Tycho. What I hadn’t factored in were the complications inherent in trying to place him in a historically realistic setting. 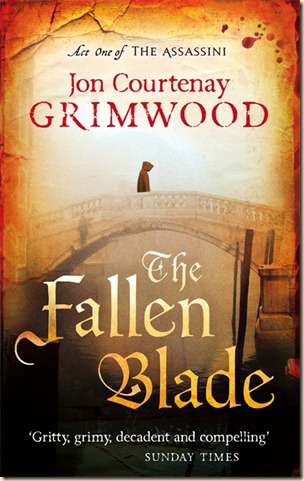 The great thing about SF is you can make most of it up (apart from the science; and quantum mechanics and the many worlds theory has made that fuzzy enough to make the rigor of the golden age, should such ever have existed, a distant memory). Buy a lifetime’s subscription to New Scientist, get those bits right and let your imagination rip on everything else. A.I.s in place of gods, your dead lover’s old memories in your head as a troublesome ghost, sex with yourself as a clone? No problem. Want invincibility, gratuitous levels of violence and gut wrenching descriptions of pain? Here we go. Have your hero slip in and out of bodies, wasting them like tissues. Historical fantasy doesn’t have that luxury. At least, not if it’s anchored in a particular time period rather than being a supermarket-sweep Hollywood grab of all the shiny bits.

We are all the products of our centuries – with a few brilliant exceptions – and when I suggest that people in five hundred years time will look back and regard our feeding junk food to small children as vicious cruelty, and killing dolphins in nets as little different to murder, and our bankers as no better than marauding mercenaries, I’m only half joking. We don’t know what will be regarded as the sins we should have recognized in ourselves, but I’m almost certain that high capitalism will be regarded as no better than monetary feudalism, and that hitting children will be to the future what an eighteenth century man whipping his wife is to us, disgusting. 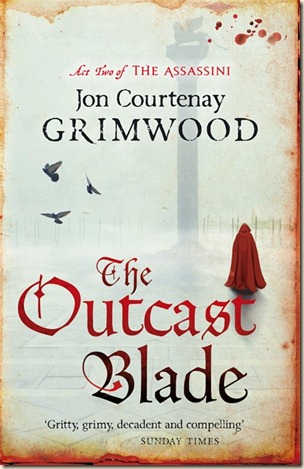 I thought, and for a while believed, the biggest challenge would be how historical to make the Assassini books, given that they were obviously fantasy, and I wanted to write more than 21st century, first-world bods running around with big swords. (It’s a family joke that I’m going to complain about any book or film that gets weapons, food, clothes, politics or fighting styles wrong…) But I was wrong. We’re post Freudian. Words like subconscious and ego don’t strike us as strange. Courtesy of Jung 101, we understand archetypes, collective unconscious and synchronicity. Now we look for reasons behind people’s behaviour. Back then, people happily considered someone bipolar possessed by demons, or a servant girl evil for killing her mistress rather than wondering if she cracked after years of abuse. The biggest challenge turned out to be negotiating the marshland ice between the medieval mind and ours, and being a 21st century writer, writing for readers with a 21st century sensibility, but writing characters for whom a 21st century sensibility would be absurd. (Everyone equal? When God put princes over nobles and nobles over peasants? And to object is blasphemy…)

In the end it’s impossible for anyone post Freudian and Jungian to inhabit a medieval mindset. I know goblins don’t exist and so I don’t need to leave saucers of milk on my kitchen steps to stop them breaking my crockery (although I knew an old woman who did just that). That means, the best we can do as writers is try to write convincing characters who know that witches and goblins, and werewolves and vampires are real.

Because they are, to them.

Review of The Fallen Blade

Posted by Civilian Reader at 4:49 PM