An Interview with ROD REES 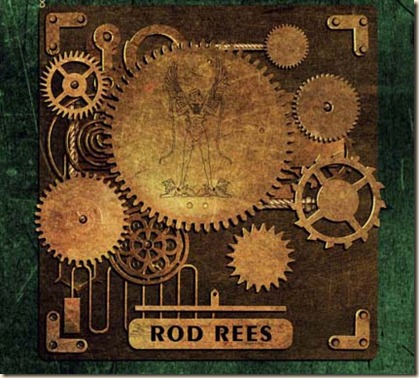 I heard of Rod Rees’s new series, The Demi-Monde quite a while ago. It has an intriguing and original premise and setting – a virtual reality “training” world that features some of the most difficult environments for warfare, populated by some of the worst of history’s psychopaths… Which is pretty cool. With the second book in the series now available, I thought it would be a good time to ask him some questions about his work. Turns out, he’s not a fan of the editing phases…

Who is Rod Rees?

I’m a guy who came to writing late in life after spending his career working all around the world. I’ve lived in Iran, Qatar and Russia, and travelled extensively in Africa and the Middle East. En route I’ve built pharmaceutical factories in Bangladesh, set up a satellite telecommunications system in Moscow, and established a successful countertrade organization in Africa. Right now I live in Daventry with my lovely wife, Nelli, where I write and try to keep track of my two daughters. 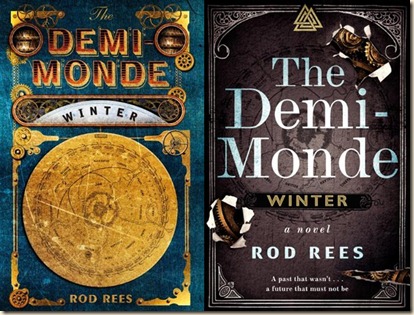 Your first two novels are now available in the UK. How would you introduce your Demi-Monde series to a new reader?

The Demi-Monde: Winter is the first of a four book series. Set in the near future of 2018 the Demi-Monde is the most advanced computer simulation ever devised. Created by the US Military to prepare soldiers – neoFights – for the nightmarish reality of urban warfare, it is a virtual world locked in eternal civil war. Its thirty million digital inhabitants living and dying in the Victorian cyber-slums of this make-believe world, Dupes programmed with a craving for blood and led by some of history’s most vicious tyrants: Reinhard Heydrich, the architect of the Holocaust; Beria, Stalin’s arch executioner; and Aleister Crowley, black magician and ‘the wickedest man in the whole world’. But something has gone badly wrong inside the Demi-Monde, and the US President’s daughter has become trapped in this terrible world. It falls to 18-year old Ella Thomas, black student and sometime jazz-singer, to rescue her, yet once Ella has entered the Demi-Monde she finds that everything is not as it seems, that its cyber-walls are struggling to contain the evil within and that the Real World is in more danger than anyone realises.

It’s a rumbustious Sci-Fi/Fantasy thriller that examines the duality of human existence… and has fun while it’s doing it. 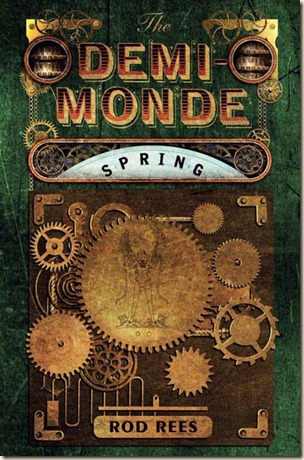 Long answer: as an admirer of the writers of classic SF and fantasy, I have always thought that attempts to update have invariably been poor. But the nadir had to be the BBC’s Jekyll (I exclude James Nesbitt from this censure – he was good), which managed to eviscerate the Jekyll and Hyde story whilst simultaneously making it risible. Sitting watching this muddled mish-mash, I had the same feeling every would-be writer since the dawn of time has had at one time or another: I could do better than that! The result of that piece of hubris was a book called Dark Charismatic. Dark Charismatic must have had something because it got me an agent, but that ‘something’ wasn’t enough to entice any publishers to sign it (fools!). So I decided to try again but, having done so much research on the Victorian world and on psychotics, I was loath to leave this particular milieu.

Therefore I needed a story platform which encompassed both a Victorian feel and which allowed me to populate it with vicious madmen (or as they are in the Demi-Monde, Singularities). Of course, it also had to be convincing enough to allow the reader to suspend disbelief. The solution I came up with was for the Demi-Monde to be a virtual world, but again to make it credible this world had to have a purpose, and the one I set upon was that its function was to prepare US Army grunts (my ‘neoFights’) for the horrors of Asymmetric Warfare.

Concept decided upon before I began to write, I needed to define the parameters of this virtual world and I did this by producing THE DEMI-MONDE®: A Product Description Manual: a faux brochure written by the company constructing the Demi-Monde (ParaDigm CyberResearch Limited) when it pitched the Demi-Monde to the US Armed Forces. This defined the purpose of the Demi-Monde, set out all its parameters and described its idiosyncrasies (you can read it on the Demi-Monde website). It was my constant reference throughout the writing of the book. The Product Description and the design of the Demi-Monde map took me a month, background research on the ‘Pre-Lived’ characters, fascism, and other bits and pieces another month, so it was two months from ‘idea’ to writing the first line.

“Introduced” is too strong a word. I sorta stumbled into it when I was a kid, progressing from The Incredible Adventures of Professor Branestawm to The Invisible Man (which scared the crap outta me!), and thence to the works of people like Asimov, Farmer, Ballard and Dick.

The worst aspect of writing is the editing. Publishing contracts should come with a health warning. Just like cigarettes, there should be a sticker on them somewhere which says something like:

The Rees Coefficient of Editing states that for every hour you spend writing, you’ll spend at least six editing.

Now, I ain’t moaning (I’m just so pleased that I’ve won the Great Prize in Life that is getting a publishing contract) but it’s something every novice writer should be prepared for. You write your book (and by the time it’s finished I bet it’s gone thru at least four iterations: edits #1, 2, 3 & 4), and you’ve had your beta-readers plough thru it (it’s a great book but...), and given their two-pennyworth (which you’ve dutifully incorporated as edit #5). Then your agent gives his opinion (which you listen to ’cos he/she will be selling the bloody thing), and so you do another edit (that’s #6). Then a publisher buys the thing and you think... phew... great... that’s it... what am I gonna write next? That’s when the publisher comes back and says something like “great book, but wouldn’t it be better if this character was a woman, and you brought this chapter to the beginning, and what do you think about flashbacks, and could we crop it by 20,000 words, and, by the way, how do you feel about a new title...?”

That’s edits #7, 8 & 9. And they’re BIG edits, BIG time-consuming edits, edits you take MONTHS over. But you do them and then the book goes off and you think... phew... great... what am I gonna write next? And that’s when you get the copy edit where the publisher lets the Copy Proof editor (whose sole purpose in life is to protect the English language from philistines like you) have a go at your book and he corrects the grammar/spelling/impression you had that you were literate, covering your opus in Rain Forest destroying quantities of red ink in the process. That’s edit #10. 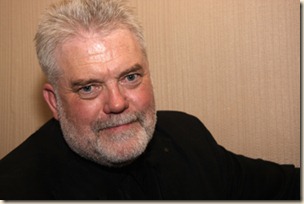 But it ain’t over! Once this is done, it goes off to be typeset, which is the process that takes your gibberish and makes it look like a book. And you’ve got to edit that – CAREFULLY – because this is absolutely the last chance you’ll have to make sure that you haven’t done something stupid (and you have, betcha money on it!), so that’s edit #11.

You do that and then you think, phew... great... what am I gonna write next? And then your agent phones and says “Great news, the book’s sold to the Americans!” And you think “WOW!” and then you get an e-mail from New York which starts “Great book, but...”

Once my research is over – and I do a LOT of research – I aim to average 2,000 words per day, so if it’s a 100,000 word book, like the one I’m writing now, it’ll take me two months to get a beta-version of the book bashed out. That’s 100,000 words of crap. I then spend three months plowing through it, tweaking and changing until at the end of five months I have, hopefully, something I’m half-way happy with. I then hand it over to my beta-reader (aka, my wife, Nelli) and she critiques it.

I’m the last person you should ask. I have a very short boredom span with fiction. I don’t suppose I’ve read a new book from beginning to end (except for those I’ve reviewed and some of those were a real trial) in the last ten years.

The other reason I don’t read fiction is that I think it’s quite a corrosive occupation for a writer. There was a piece by Chris Hall in The Guardian a while back about JG Ballard, in which Will Self commented that “For a fiction writer it’s quite inimical to your own work to be saturated in someone else’s.” I agree.

As to where my work fits in… I guess I write for anyone who wants to be entertained, provoked and affronted. It’s a niche market. 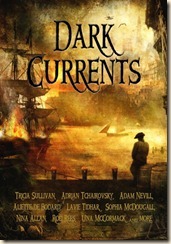 I’m currently struggling with a book that has the working title Tesla vs. The Martians. It’s an expansion of the short story of mine called, “Alternate Currents”, NewCon published in March 2012 in its Dark Currents anthology, though I’ve shifted the story forward ten years to the Russia of 1906. (The idea of setting the action in the midst of the First Russian Revolution was too big a temptation to resist. I get to pit Tesla against Lenin, Stalin and Rasputin!) 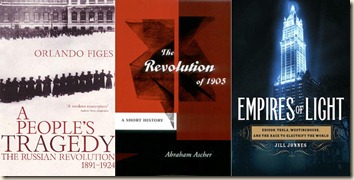 Finally getting my head around a story I’ve been playing with for a while called “Locusts”. It’s an examination of the concept of privacy but more than that I ain’t saying!