Just a quick artwork post. This time, I want to cast the spotlight on Nathan Long’s next novel, Jane Carver of Waar (one of my 2012 Most Anticipated). Here’s the finished cover: 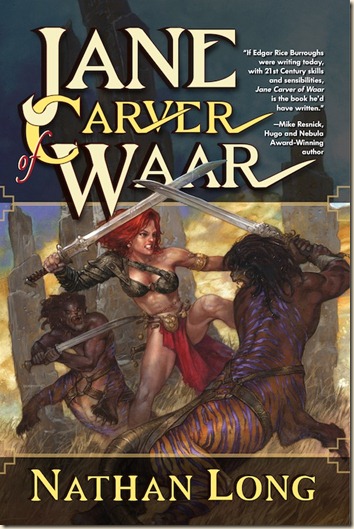 Waar is a savage world of four-armed tiger-men, sky-pirates, slaves, gladiators, and purple-skinned warriors in thrall to a bloodthirsty code of honor and chivalry. Caught up in a disgraced nobleman’s quest to win back the hand of a sexy alien princess, Jane encounters bizarre wonders and dangers unlike anything she ever ran into back home.

The novel has been described as both “a loving tribute and scathing parody of the swashbuckling space fantasies of yore”. I’m a fan of Long’s Warhammer fiction (which just keeps getting better and better), so I’m really looking forward to reading this. The novel will be published in March 2012 by Night Shade Books. As an extra bonus, here’s the artwork by Dave Dorman in its entirety, stripped of the book cover elements: 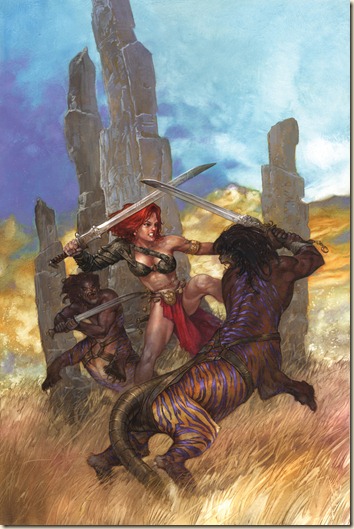 Posted by Civilian Reader at 6:28 PM