So. Let’s start things off easy. Launching in September 2012, what is Strange Chemistry all about?

Hi Stefan, thanks for having me!

Strange Chemistry is the new YA imprint introduced by Angry Robot Books. It aims to bring you the very best in unique and wonderfully-written YA novels, under the general banner of SF/F. As you’ve come to expect from Angry Robot, you’ll get some weird and wonderful books that really stretch the boundaries of your imagination.

Any authors we should be looking out for?

As it happens, we have very recently announced the first two signings from the imprint! We’re thrilled to say that we’ll be publishing Kim Curran’s SHIFT and Sean Cummings’ POLTERGEEKS. Both fabulous novels, but very different – the former is a taut SF thriller involving the idea of ‘shifting’ decisions, while the latter is a teen urban fantasy featuring a rather snarky apprentice witch.

As you can see, we really want to represent the full spectrum of SF/F ideas and the YA arena is perfectly placed to host these novels, with its progressive and inclusive approach to ideas.

For aspiring authors thinking of approaching Strange Chemistry, what sort of novels are you most interested in?

For us, the sort of novels that will appeal the most are those with a fully rounded and believable protagonist. Good world-building will thrill us (we are currently considering a novel that has a truly wonderful far future setting, for instance), but, without that powerful central protagonist, novels will feel a little flat.

In terms of SF/F/Horror – well, we’re willing to look at any and all of these (and any combination of them as well!)

Other than Strange Chemistry authors, who are your top picks for 2012?

YA has opened with a truly astounding January and only looks to get stronger! We’ve already had Cinder by Marissa Meyer and a new novel by the always brilliant John Green, The Fault in our Stars. Over the rest of the year Veronica Roth is bringing out the impatiently-awaited sequel to Divergent – Insurgent – and we have the start of a new series by Julie Kagawa, called The Immortal Rules.

In terms of adult SF/F we’re looking forward to Throne of the Crescent Moon by Saladin Ahmed, 2312 by Kim Stanley Robinson and Whispers Underground by Ben Aaronovitch (three very different novels, but which demonstrate the vitality of what can be achieved in SF/F).

How does it feel to be the editor of a new imprint, after being an avid reader and blogger for so long? 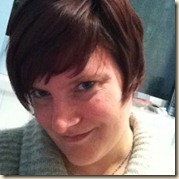 Well, I don’t think anyone is going to be surprised to hear that, personally, it is an utter dream to be working as an editor! In the first two months, I have already chosen novels that will be published later this year and started the editing process. I have experienced the art of negotiating contracts with agents and enjoyed the publicity planning to accompany the releases from Strange Chemistry.

Every day has been so different – and, unquestioningly, I am excited to face every new day.

Well... you might have heard by now that Angry Robot is running another Open Door period for unagented submissions. Having seen the success achieved last year, we have decided that Strange Chemistry would also get involved – we’re absolutely sure that there is talent out there just waiting to be spotted! So that is happening very soon.

As the SC editor, I’ve also been invited to be involved in a slush pile challenge for the British SCBWI (Society of Children's Book Writers and Illustrators). More news on that will be on their website. I’m certainly being kept busy, that's for sure!

Oh, and of course there will be a mass attendance of the SFX Weekender in the UK by Angry Robot and Strange Chemistry, so do come and find us to say hello.

Thanks so much for hosting the interview.

Posted by Civilian Reader at 1:11 PM