An Interview with LINDA POITEVIN 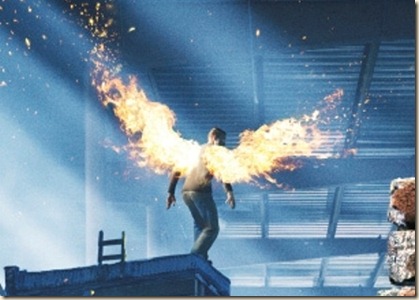 Canadian author Linda Poitevin has only recently come onto my radar, but after looking some more at her work, I think she has something new and interesting to offer Urban Fantasy readers. Self-described as a “wife, mother, friend, gardener, coffee snob, freelance writer, and zookeeper of too many pets”, I was most interested in the writing aspect (although, I could get on board with the “coffee snob”, too), and so got in touch with Linda and asked her some questions about her work.

Your first novel, Sins of the Angels was released in 2011. The next novel in the Grigori Legacy series, Sins of the Son, will be published in 2012. How would you introduce the series to a new reader? 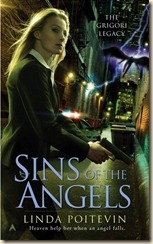 One reviewer called it “a different kind of angel story” and I would have to agree. The series doesn’t follow your standard angels are good and fallen angels are bad theme, but instead explores the very fine dividing lines that sometimes exist between good and evil. Part police procedural, part angel mythology, and part thriller, the series crosses a number of genre lines. I like to call it a supernatural thriller, but because there’s no such category in bookstores, we had to go with urban fantasy.

The seed for the idea came from a song by Sarah McLachlan, Angel. One line in the song, “You’re in the arms of the angel, may you find some comfort here,” had me wondering what if the arms of an angel didn’t hold comfort, but were instead a dangerous and forbidden place to be? To be honest, when I started writing the initial story, I planned it as a paranormal romance. Then I had a brainstorming session with a good friend who is well versed in angel lore. The more I found out, the more I wanted to know and the bigger the possibilities became for the story. Next thing I knew, I had an entire series on my hands!

In more general terms, I draw inspiration from everywhere. Books, movies, television, news stories, conversations I overhear (me, an eavesdropper? Never!), people I observe, places I visit... the world is filled with story ideas. Granted, most of those ideas will never make it onto paper, but they’re still great fuel for my imagination. 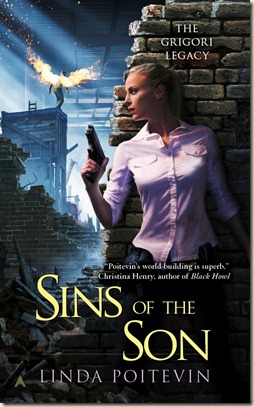 My parents were both avid readers, particularly my father (I grew up in the 60s and 70s and suspect he had more disposable time than my mother!). He read a lot of science fiction and I would read whatever was lying around the house. SF led me to fantasy, a bagful of books from a neighbor led me to romance, my husband introduced me to thrillers, and I’ve never really looked back. I read a LOT in my teens and 20s (before kids!), often going through a book a day even when I was working full time. I don’t read nearly as much now as I’d like, but my tastes are still pretty broad.

I love, love, LOVE being a writer. What isn’t to love about getting to make up stories for a living? Well, okay, maybe not a living yet, but I’m hopeful! Seriously, though, being able to escape into an alternate reality over which I have absolute power... bwhahahaha! Oops... sorry... let’s try that serious thing again!

I do love writing. I love the creativity of making up a story, the discipline of the craft, the challenge of getting the details just right... and the enormous satisfaction of the entire process (and I say this despite the many, many times I question my abilities when I’m in the middle of a story!). Working within the publishing industry has been a much greater learning curve than I had anticipated, but I’ve been blessed with a fabulous – and very patient! – editor and agent, both of whom have taken me under their wings.

As for practices, I’d like to say that I’m very disciplined and organized, but I’m afraid I’m a constant work-in-progress. When I’m in the research stage, I do a lot of reading but very little note-taking. This tends to result in a mad search through mountains of books when I need a particular detail later, so I’m working on that... sigh.

I always wanted to be a writer but never thought it achievable until my husband read one of my stories and began pushing me towards publication. My very first foray into writing was having a poem published in my high school newspaper... and yes, I have very fond memories of that, because it gave a certain young gentleman the nudge he needed to finally ask me out! 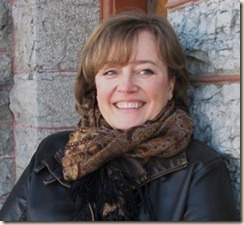 I think the urban fantasy sub-genre is filled with potential. There is so much room for creativity – the retelling of myths and fairy tales in a real world setting, the twisting of mythologies and legends, the creation of new and fantastical creatures... the possibilities are endless. For books like mine, which have a supernatural element to them but cross genre lines, UF seems the perfect home.

I’m currently working on book 3 of The Grigori Legacy series, SINS OF THE RIGHTEOUS, and book 4, SINS OF THE FORSAKEN, is in the pipeline. Those should occupy the next year or so of my life, after which I have a possible new series in mind as well.

Non-Fiction: The Lightness Of Being: Mass, Ether and the Unification of Forces by Frank Wilczek. 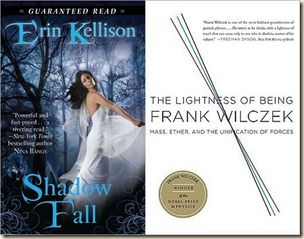 I may be able to write gritty, suspenseful scenes, but when it comes to watching them, I’m the world’s biggest wuss. My husband is forever laughing at me for hiding behind a cushion/blanket during the scary parts of TV shows and movies!

December 22nd, when everyone realizes we’re still here and the world didn’t end after all!

Posted by Civilian Reader at 7:45 AM