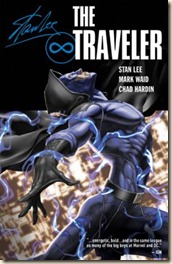 A mysterious band of super-powered assassins, the Split-Second Men, have begun terrorizing seemingly random victims. The only one powerful enough to stop them is THE TRAVELER, an equally unknown masked crusader who knows just when they will strike. But where did THE TRAVELER come from? Whose agenda does he serve? And will his actions cause an even greater cataclysm of time and space?

In my quest to read everything I can by Mark Waid, I stumbled across this title (co-created with Stan Lee, the man behind many of Marvel’s greatest heroes). It’s an interesting title, certainly, with plenty going for it (Hardin’s excellent artwork, for example) but it didn’t quite live up to my expectations.

This comic is filled with a lot of interesting uses of time, time-travel and time-bending. Couldn’t comment on the soundness of the theoretical physics, but it’s pretty good fun and offers some original spins on popular superhero tropes.

The Traveler is a very good character, and we only slowly become aware of his mission and motivation. When we do, things start falling into place and certain actions by characters start to make sense. What seem like strange, random occurrences, prove to be very important and sometimes poignant.

If the series has one weakness, it’s to be found in some of the dialogue and interactions between a couple of the characters. Overall, these weren’t as well-written as in Waid’s other work – particularly Irredeemable and Incorruptible (which are now basically the standard to which I hold most, if not all, comics against). There are times when it just doesn’t feel as natural as it could. And a couple of the characters lacked the realism one would expect from such a talented writer, and one villain comes across as an adult going through the teenage angst of a psychopath (can’t name which, as it would spoil things).

That being said, there are a couple of good surprises that crop up, which make the series even more fresh, and also plenty of amusing quips and asides throughout the book. There’s even a cameo by a Stan Lee-esque old man (just like in the Marvel movies). 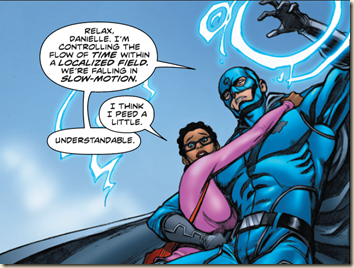 So, a comic with some strengths, and plenty of imagination and originality, but also one that lacks consistency, I feel. While it didn’t meet my expectations, it’s still worth checking out if you want some time-travelling fun rendered in some great artwork. It also ends on a strong note, which bodes well for Volume Two, which I will read and review soon. 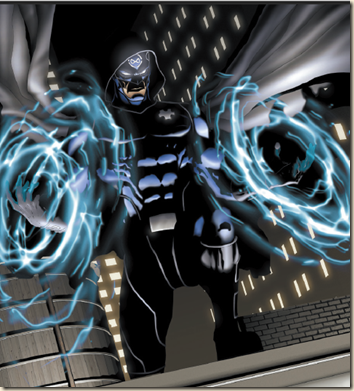