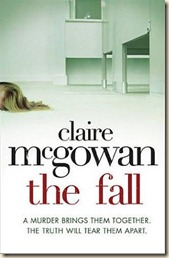 Claire McGowan grew up in a small village in Northern Ireland. After a gaining a degree from Oxford University and “spells in exciting places” including France, Oxford, and China, McGowan moved to London, where she lives with a very cute beagle (check out her website for more on that) and is the Director of the Crime Writers’ Association. The Fall is her first novel, and to celebrate its release I asked her if she’d be interested to write a short piece about some inspirations and influences.

Some places seem to lend themselves to dark deeds – the creaking old house, the sinister woods, the mysterious island. When the main character in a novel sets off in the dark, during the storm, when the murderer’s on the loose, we just know something bad is about to happen. It’s like watching a bad horror film where the victims decide to split up and look for help in the disused fairground/mine shaft/home of the supposedly dead killer – clearly, it’s not going to end well. The setting tells us everything we need to know, so we can settle back and look forward to being scared, shocked, and gripped.

I’ve always loved reading crime novels with a strong sense of place, whether Agatha Christie’s Orient Express, the dark side of Colin Dexter’s Oxford, or the bleak seaside setting of what may be the first crime novel – Wilkie Collins’ The Moonstone. One writer I hugely admire is Barbara Vine, who makes brilliant use of both setting and period in her books. I read The House of Stairs long before I ever visited west London, but it perfectly captured for me both the atmosphere of Notting Hill, and the feel of the city in the sixties. Period is also part of setting – there’s an extra thrill to be had reading about the dark history (real or fictional) of a street you’ve actually walked down.

I myself come from what should be a fertile setting for crime: a small village on the Northern Ireland border. The North is a place of contradictions – stunning scenery, a dark history, isolated villages where everyone knows your business, distrust and resentment, warmth and humour. Being Irish is a real gift for a crime writer.

However, when I started to write my first novel, The Fall, I wanted to set it on streets I’d known more recently – north London, specifically Camden and Hampstead. I first moved to London in 2007, when I rented a flat on Kentish Town Road. After that I lived round Hampstead and Belsize Park for a few years. I was fascinated by the different people I saw living there, and how I could move in ten minutes from the estates of Gospel Oak, to the well-heeled houses round the heath. In the book I’ve tried to reconcile the London I know, of office jobs and Soho bars, with the one that abuts it, of homeless shelters, laundrettes, and violent crime.

I found that, as I wrote, the setting became bound up in the theme of the book – how a violent act can bring us into contact with strangers, and link us to them in ways we can’t control. In my London, I might sit next to anyone on the bus or stand behind them in the supermarket queue, but most of the people I got to know were just like me, with similar backgrounds and interests. The Fall is about what happens when very different people have to work together in the aftermath of a crime, to rebuild their lives and discover what really happened that night. And although I love books where the past returns in sinister ways, I was very clear that this book was rooted in contemporary London, the one I’d lived in. 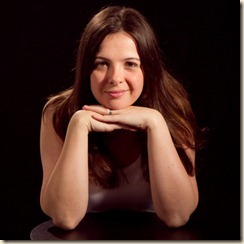 Setting is a key aspect of a good crime novel, I think. Used well, it can become almost another character in the book. The best type of setting will seep into the book, driving the plot, defining character – what happens when this person is placed in a difficult or isolated place, or a situation of violence? A change of setting is the classic catalyst for a plot – the protagonist may go to a new place (often to escape a personal trauma), or someone new may arrive, upsetting the order of things. I’ve said that some places are classic crime settings – dark, spooky, and sinister -but the truth is crime can happen anywhere. It would be an even greater challenge to make an innocuous place deeply frightening – a playground, say, or a beautiful house (something Sophie Hannah often does), or somewhere unusual like a train or a boat, or even a plane (I’ll have that one if no one’s done it yet). After all, it’s not really the setting that’s dangerous – it’s the characters we put into it that you have to watch out for.