First of all, thanks to Stefan for inviting us to stop by and talk a bit about Strata, our new dystopian sci-fi thriller. When Stefan first asked us over, we thought a bit about what would make for a good post, and it seemed as though discussing the characters we initially developed and how they changed would make for some interesting reading, especially for those that have wondered how collaborations work. 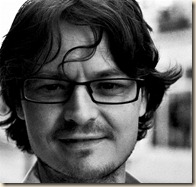 I’m not sure how universal this feeling is — although I’m sure it’s part of what makes any piece of fiction “work” — but when I read a great story I experience a tangible “realness” to the world and the events; a feeling that the things portrayed couldn’t have been any other way, that the place the characters inhabit truly exists in some Platonic realm and is happily chugging along in its own dimension regardless of whether a writer is recording things for posterity or not. The writer as journalist sending postcards from the edge. A feeling that somewhere this stuff actually happened. As a writer it’s a terrifying thing to know. You bumble through your stage-managed scenes one painful sentence at a time, knowing that the thin strut that holds up the background could break irretrievably at any moment.

So how does this relate to Strata? Well, hands-down Strata is the best piece of worldbuilding I’ve ever worked on. When Brad came to me in early 2008 with the seed for a SF story — solar windsurfing in the sun — I think neither of us had any idea what an amazing journey we were about to embark on. A combination of ruptured schedules and the creative back-and-forth that co-writing entails meant that, for me at least, before we really started writing the novella in earnest we had some seriously solid worldbuilding down. Whereas if I’d been working on my own I would have begun writing much earlier in proceedings, writing with Brad meant that we both got our ideas on the table before that stage. Of course, the act of writing a scene still involves plenty of creation, but with everything we’d fleshed out in terms of the platforms, the social make-up of the workforce, the skimmer racing, etc., it felt like we had a safety net for the high-wire performance.

Poulson was, I think, the first character mooted for the story, and it was a very energising experience watching him develop in tandem with the world. Like most fictional characters, to begin with he didn’t have a name, a job, a family, and outlook — anything. Well, maybe he had one thing: an ex-job. He used to be a skimmer racer. Everything else accreted around him, and gradually he changed from cliché to workable player to someone who lived and breathed, someone I could picture walking down my street with his crutch and his limp and his gruff integrity. And then we put him through the wringer and I could really feel his pain. Aside from the worldbuilding lesson, I think what Strata underlined to me most was how much more compelling, how much easier a story is to write, when you have a firm handle on your characters. Settings come alive as you paint the world through their eyes. The plot falls into place because you understand their motives. The emotional heart of the story is easier to identify because you know how they feel. Smith Poulson. Hmm, maybe it’s time to write another tale about Smith Poulson and Exx-Pac... 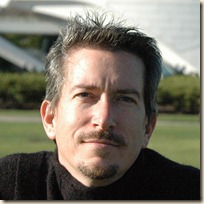 On my blog, when I announced Strata, I mentioned that I had only bare bones when I came up with the initial story idea. I had a vision in my mind for how the solar racing might work, but even that was a pretty loose concept at the time. I did this on purpose because I wanted to work with a collaborator on this story. I’d been to Clarion with Steve, and he was the one I immediately thought of. His writing is not only great, but similar to my own in terms of style and tone. We (normally) stand on opposite sides of the sci-fi/fantasy divide, and for me that was one of the draws: to learn from Steve as we worked in his playground.

When I say “I didn't have much” for the story, I mean it. I didn’t even have characters in mind. That came later after Steve and I started hashing this back and forth. However it happened, I was the one that created Kawe’s initial concept. In the beginning, Kawe was young and brash. He was young and brash in the end as well, but this early version of Kawe didn’t have much outside of himself. He was a straw man. I knew that he was self-centered; the only thing that really mattered to him was racing. And this, I think, was one of the keys to the deepening of the story. We started digging into his past, into who he was and what had shaped him. One of the most gratifying parts of the brainstorming process was to figure out not only where he’d been raised, but how, and this turned out to be a link that had been missing from the story thus far: a strong connection to Earth. Unlike Poulson, Kawe hadn’t been born on the platform; he’d been born on Earth, in Sudan, and from this — his underprivileged upbringing — we saw just how difficult it can be to protect yourself when signing a contract with a corporation that has a GDP the size of, well, Sudan.

And then we understood. Kawe raced (at least initially) in order to escape. And not just Kawe, but everyone on the solar mining platform where the story takes place. This deepened Kawe immensely. He started to think outwardly instead of inwardly. He started to care for something other than his own well being. Even so, that younger version of himself was still close by, which to me made for a very compelling character. He became a great foil for Poulson, who at one time was every bit as bright and idealistic as Kawe but through misfortune has become apathetic. Kawe eventually became a proxy for those on the platform — the growing few — who believed that something had to be done about management’s power grab, that it wasn’t okay to trample the Everyman. I hadn’t meant it to, but it clearly tapped into some of my own feelings about corporate power, and it was not only interesting but enlightening to see it personified in this headstrong young man.

Strata is available now as an eBook.

Brad’s debut novel, The Winds of Khalakovo, is available now in print, and on the Kindle and Nook. The sequel, The Straits of Galahesh, will be published by Night Shade Books in April 2012. You can find out more about his writing on his website and twitter.