An Interview with TOM LLOYD 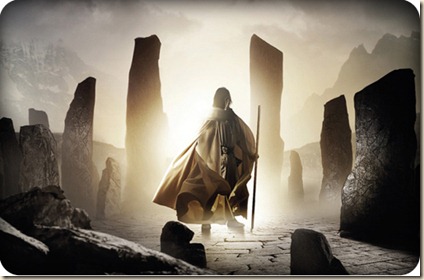 With the release of The Dusk Watchman, Tom Lloyd’s Twilight Reign is now complete. Which seems like a perfect time to catch up with him for an interview, see how he feels about finishing his first series, what plans he has for the future, and the danger of working as an author with a puppy in the house…

Let’s ease into things: Who is Tom Lloyd?

Just some guy who’s never worked out how to be a grown-up… Fortunately, the world’s conspired to help on that front and accommodate my lack of attention span, drive and ambition. So I write half the week and negotiate contracts for a small publisher the other half – most of which from an office at the end of my garden in Oxford.

The fifth and final book in your Twilight Reign fantasy series, The Dusk Watchman, was recently released in both the UK and US. How would you introduce the series to a prospective reader?

Heh, by telling them not to read it a couple of pages at a time… It’s a fairly big and complicated epic fantasy, centred around the life of a young man who’s the unlucky fool to be at the centre of a raft of prophecies and schemes. You’ve got immortals and mortals alike, all building towards a time of change and one of them has manipulated things so that Isak is the focus to several of these. But power in the world of the Twilight Reign being what it is, Isak’s no easy target and isn’t built to meekly follow the destiny others have decided for him.

In amongst that, you’ve got warfare, politics, back-stabbing, angry daemons, religious fanaticism and even a bit of romance. 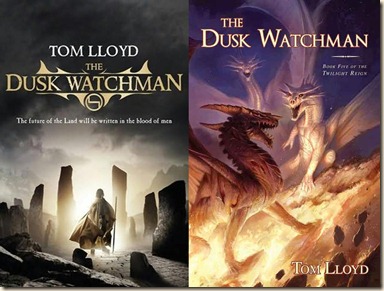 Exactly what it was, I can’t remember, but a general impression that, a) I hated it when the all-powerful bad-guy gets caught with a lucky blow by some farm boy right at the end; b) prophecies appear out of nowhere and just taken as fact rather than being used as a tool by interested parties; and c) if you’ve got gods in the world, why don’t they turn up and smite people as much as I would in their place? The one clear principle I had in my head was that the ostensible bad guy couldn’t be beaten in a straight fight. You face him down, you’ll probably die. 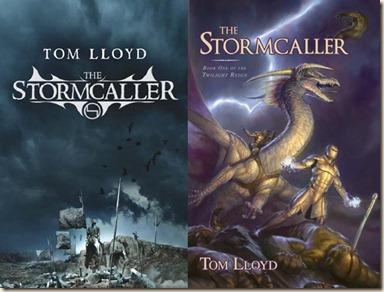 Did the series developed the way you anticipated? Any surprises along the way, any lessons learned?

Oh lots of surprises, the series plot was meant to end with book three until I realized it didn’t fit together in any sensible fashion! Two minor characters ended up integral to the plot after one started flirting with the other and really came to life in my head, and a couple more I was sure were vital to the ending, but couldn’t work out the mechanics of that until book three came together.

On a more basic level, Stormcaller was the book I learned to write with, something I’d certainly not suggest others do. But it was great to have the baseline of one story for me to see how I was improving over the course of the novels and learning how to do new things. 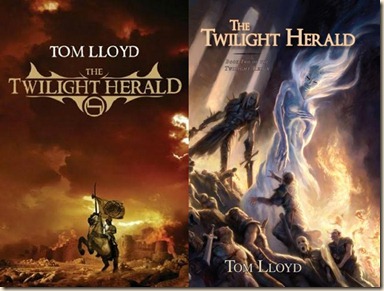 Hard to say really. I was pretty young. My parents’ house remains full of books despite repeated efforts to cull them, but until I started writing I didn’t really think of fantasy as a specific genre. They were all just books to me. My introduction was probably a kids-version of Beowulf and The Hobbit, which progressed to things like Fighting Fantasy books and then Games Workshop wargaming, which, like a lot of people, I did until I discovered girls. 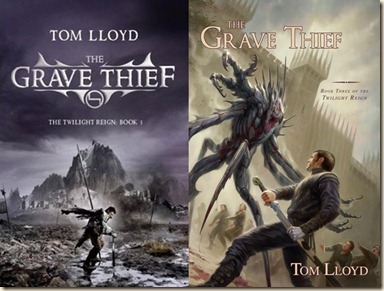 With the Twilight Reign now over, what’s next for you? Any projects in the pipeline?

No rest for the wicked. Certainly when the wicked now have a mortgage… I’m very pleased that the assorted Twilight Reign short stories I’ve written over the last ten years will be seeing the light of day – a collection called The God Tattoo that’s coming out in April. Not required reading for the series, but something that fans will find interesting and might be an alternative introduction for some people too.

But the main thing is a whole new world, a new style and approach to make life interesting. The Empire of a Hundred Houses is the series title but the plan is for the books to be more independent in the fashion of a crime novel series – some will follow on but each should be a story that properly ends. The first one of those is called Moon’s Artifice, and should be out in July: the story of a fantasy-world policemen who finds himself caught up in a conspiracy that could change the world. 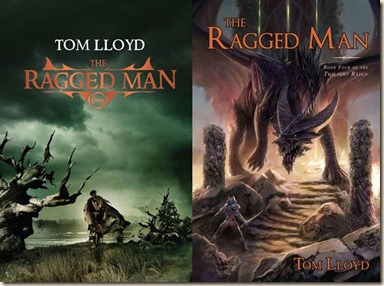 I have a short attention span, so research has to fit that. I like to get an overview and then extrapolate as I like from there. I’m not like Miles Cameron (whose impressive Red Knight I’ve just read), who’s working from a real position of authority. As a general writing pattern, I aim for three afternoon sessions a week since my brain doesn’t work until it has two meals in it, wanting 5,000 words out of the week to keep a sensible pace that doesn’t leave me mentally exhausted.

The lessons learned, other than what works on the page and what doesn’t, are mostly things like the value of discipline. The more I impose that on my writing, forcing myself to sit down at the computer for a few hours, etc., the better the output and the happier I am. Some people write for long obsessive periods, during which nothing else matters. To my mind, that might be ok for a short period but I’ve certainly learned that remembering life is more important than work produces better results at work. Quite aside from helping to avoid the depression that’s always a risk with writers and will stall any project, keeping a good balance will make you more focused when you are working and feel less guilty when you’re not! So – balance in all things is the mantra that applies!

Quite late on, really. I was not interested in English at school, though I remember one project where I got conspicuously high marks because it was writing sections of a fantasy story… But writing a story was something I gave a try because a friend had thrown away an Eddings and declared he could write better than that. I thought that if he could, so could I, and I had a few spare months before I went to uni in which I needed to keep out of the way at home or get a job. Months later, I was still working on it and enjoying it so I just kept going.

My first published work was actually a Twilight Reign short story in a POD vampire anthology called Enchanted Realms 2 – my story only involved the suspicion of a vampire but I don’t think the editor read it very carefully given the last line got cut and it still needed a lot of work. However, a much-revised version is the first story in God Tattoo so it all turned out nicely and there’s a pleasing symmetry in that ending the Twilight Reign.

Very healthy – as much as any genre, there’ll be more committed amateurs (not being paid advances for work) who’re coming out with good work and making an impact. The sheer volume of folk doing it for love alone demands that some will be excellent, while the traditional side is making money still and with big successes has the freedom to branch out and explore new places without the fear of industry sales declining.

The Twilight Reign fits comfortably in the more-complicated end of epic fantasy. It’s a big, meaty series to get your teeth into, while the new books are (by my standards) shorter and simpler, I think still absorbing but just not requiring the same level of concentration that a world-spanning war-and-politics story does.

I’ve been saving a book called Christopher’s Ghosts for years, thinking it would be a perfect tone-setter for my next book, Old Man’s Ghosts, but the blurb turned out to be misleading so that’s rather dragged to a halt. With proofreading Moon’s Artifice and a new puppy, I’ve not properly got around to finding one to replace it, but the heir presumptive are Songs of the Earth, Osama and Ecko Rising, all of which I think I’m going to enjoy hugely.

I’m not a seven-foot sociopath like my main character…? Ok, mebbe not, but you get people asking how similar we are… worryingly, the answer is ‘pretty similar’!

Probably my complete lack of interest in English and writing for all of my school years. I always read books, of course, but I’m a pretty slow reader and at school found English incredibly dull aside from one teacher I had for one year who actually loved the subject. It was never an option for me until I thought it might annoy a friend if I got published before he does… needless to say, he finds that pretty funny nowadays.

It’s going to be quite a year with The God Tattoo and Moon’s Artifice both coming out – possibly a pivotal one for my writing, given the new series means a chance to win or lose a raft of fans and change my profile entirely. So it’s a good thing neither of those will figure at all. My wife’s due to give birth in the next few weeks, so there’s really only one thing on my mind! I’m sure I’ll be hiding in my office on a regular basis to get some peace and quiet, plus write Old Man’s Ghosts… 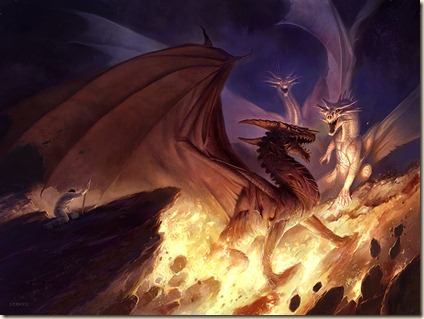