A very quick cover post, this time for the upcoming UK edition of E.J. Swift’s dystopian Osiris. The book will be published under Ebury’s SFF imprint, Del Rey, in February 2013. Here’s the artwork: 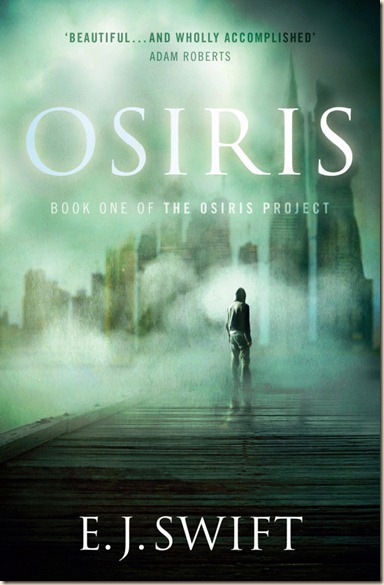 Osiris is a lost city. She has lost the world and the world has lost her…

Adelaide Rechnov, wealthy socialite and granddaughter of the Architect, spends her time in pointless luxury, rebelling against her family in a series of jaded social extravagances and scandals until her twin brother disappears in mysterious circumstances.

Vikram Bai lives in the Western Quarter, home to the poor descendants of storm refugees and effectively quarantined from the wealthy elite. His people live with cold and starvation, but the brutal winter coming promises civil unrest, and a return to the riots of previous years.

Brought together by circumstance and fate, these two very different people attempt to bridge the divide lurking at the heart of Osiris, but who is using whom, and what secrets will they uncover?

Find out more about Osiris in my interview with E.J. Swift and also on the author’s website.

Posted by Civilian Reader at 8:25 PM