Guest Post: “‘You’re doing what?’ – Why I Decided to Self-Publish My Next Series” by Rachel Aaron 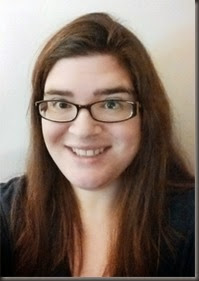 Whenever a New York published author decides to self-publish, there’s always the implicit assumption that Something Happened. Why else, after all, would an author who was presumably happily settled in a nice, big publishing house suddenly strike out on her own, like a child running away from home? Clearly, something terrible must have occurred. Was there a fight? A hot tempered editorial phone call where bridges were burned like kindling? Or perhaps it was the book itself? Maybe the story failed to meet the publisher’s expectations, and now the slighted author is unloading drek onto her fans for a quick buck?

Whatever imagined tragedy you prefer, they all start with the same opening: Something Happened. Something fundamental went horribly wrong in the publishing relationship. There’s simply no other plausible explanation why an author who’d already “made it,” who’d cleared the slush pile, gotten the agent and the book deal and gone on to write multiple series would give it all up and go it alone in self-publishing, the last refuge of the desperate and rejected.

I don’t blame anyone for assuming such things. I used to think them, too, and with good reason. Ever since I decided to get serious about my writing in 2004, I have been reading and researching and educating myself on the American publishing industry. If you’re going to be trying to make a living from something, it’s only common sense to figure out how it works. This education has been an ongoing process over all the years of my career, and for many of those, self-publishing was exactly what I described above: the place you went once everyone else had rejected you, a final long shot riddled with fraudsters eager to cash in on authors still desperately clinging to their great dream of being published.

For years, this was how publishing operated, but then, things started to change (as things are wont to do). I won’t rehash the rise of eBooks, but I don't think even the most fanatic print devotee could deny that electronic publishing, particularly Amazon’s Kindle Direct Publishing (KDP), has fundamentally changed the landscape of how modern books are produced and sold.

For readers, this shift appeared as a simple switch in medium – dead trees for digital, much like trading records for CDs, and then MP3s. But for those of us on the sausage making side of things, the sheer enormity of the industry-wide upheaval caused by digital publishing is impossible to articulate, and this is coming from someone who articulates for a living. I’m not even talking about how low cost, high margin eBooks are changing the way publishers make money, which is a whole ’nother post in and of itself. I’m talking about the huge swaths of independent authors you’ve probably never heard of who are quietly making a decent living selling eBooks directly to readers with zero publisher interaction what-so-ever. 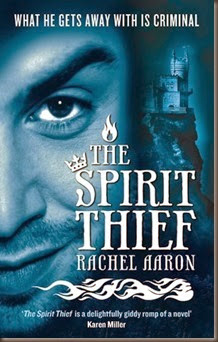 If you’ve never tried to get a book published, it might be hard to grasp just how amazing and impossible the previous sentence sounds. Take my own road to publication. My debut novel, The Spirit Thief, was actually the second novel I finished. My first book, an epic YA fantasy, was rejected by every agent in NY, and I’m one of the lucky ones who got in on her second try. Back in the mid-2000s when I was first trying to get published, it wasn’t uncommon to hear authors talk about writing five books, or ten books, before finally getting a publisher’s attention, and those are only the ones who actually made it. We’ll never know how many authors wrote five books, got rejected on all of them, and gave up.

I’m not telling you all this to make you feel sorry for these people – writing might be life, but publishing is voluntary, no one puts a gun to our heads and makes us get book deals – I’m just trying to illustrate how amazingly difficult getting your book to readers used to be so you can understand just how revolutionary modern self-publishing feels to an author like myself, who started her career before the self-publishing boom. What’s more, I’m relatively new to publishing. I can’t imagine how upside down the world must look for an author who’s been publishing the same way for multiple decades.

All of the above is a very long-winded way of saying that the business of authorship is vastly and fundamentally different from how it used to be. The old ways of thinking – that big publishers with massive print distribution are the only paths to success, that self-publishing is the final grasp of the desperate and deluded, that authors are delicate artists who should be kept separate from the numbers part of the publishing business – are no longer valid. Some claim they never were, but that doesn’t even matter. What’s important is what's happening now, and now is a very exciting time. 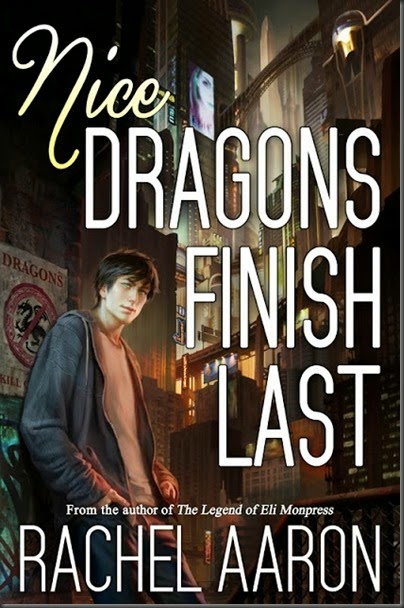 Every author under the sun has different dreams for their careers, and I would never attempt to tell anyone how to publish. That said, given the myriad of previously impossible things indie authors are doing right now, I think that any author who doesn’t at least consider giving self-publishing a try is being very foolish. That is why I decided to self-publish my newest novel, Nice Dragons Finish Last. Not because of any drama at my publisher, with whom I am very happy and still on good terms, or because of any fault in the book (I never even showed Nice Dragons to my agent or editor, because I’d already decided to try self-publishing and it would have been cruel to show them a book only to turn around and say “you can’t have it”), but because the world of publishing is fundamentally different. Some authors are trying to ignore that fact, but you can’t stop the signal, Mal. Change is already on us, and if we’ve learned anything from history, it’s that those who do not adapt get left behind.

I don’t know if my experiment in self-publishing will be a success. Nice Dragons may very well bomb out, but then, so can any book. I’m also not saying that I’m done with New York. Despite the many legitimate criticisms leveled against commercial publishing, the system still has a lot to offer authors, particularly when it comes to fame (traditionally published authors still have an easier time getting guest spots at conventions over independent authors, even if the self-pubber is outselling them two to one). Good thing, then, that we’re not living in an either/or, self-pub/trad-pub world anymore. More and more authors who debuted at big publishing houses are going hybrid and trying self-publishing in addition to their traditional careers for exactly the same reasons I am: not because Something Happened with our publishers or our books, but because the wave of change has gotten so big, we can no longer afford not to give it a go.

For my money, though, all these changes are excellent developments. Not only did I have a really great time getting my new book exactly as I wanted it with a professional cover and three rounds of editing, but you can buy it for half the normal price and I still make more money than I did before. That’s a win-win for everyone so far as I’m concerned. So if you have any prejudices against self-pub, I hope you’ll put them aside and give my new book a go. Other than how I decided to put it out, I promise it’s no different in quality from my other titles. You can even go here to try the first chapters free and see for yourself. And if you don’t care how a book is published and just want to read... how on earth did you get through this giant blog post?!

In all seriousness, thank you for reading. I hope I’ve shed some light on the subject, and I very much hope you'll try my first step into the exciting new world of self-publishing, Nice Dragons Finish Last!

Author Bio: Rachel Aaron is the author of nine novels, including her newest, Nice Dragons Finish Last (published July 15th), a near future Urban Fantasy about modern dragons, mages, and mass-produced magic. Rachel is also the author of the action packed Science Fiction Romance, Fortune’s Pawn under the name Rachel Bach. Her bestselling nonfiction writing book, 2k to 10k: Writing Faster, Writing Better, and Writing More of What You Love, has helped thousands of authors double their daily word counts.

When she’s not holed up in her writing cave, Rachel lives a nerdy, bookish life in Athens, GA, with her perpetual motion son, long suffering husband, and obese wiener dog. You can find out more about Rachel and read samples of all her books at her website.

Also on CR: Interview with Rachel Aaron, Review of The Spirit Thief and Fortune’s Pawn 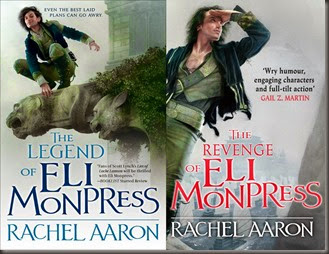