I didn’t love the first six issues of Scott Snyder’s Swamp Thing as much as many other comics reviewers and fans. It was just a little too weird for me at the time, I think. I’ve jotted down some thoughts for a review, which I’ll post sometime in the near future. In the meantime, I wanted to share the artwork for issue #15, which was published today: 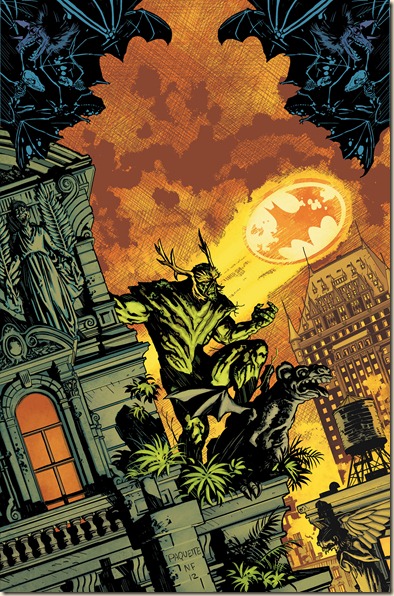 The piece is by Yanick Paquette, who has also provided internal artwork for some issues in the series. I just thought it was really striking – gothic, moody, and a little odd with the Big Green in an urban environment like Gotham. Here’s the synopsis for the issue:

Batman’s fate in the Rotworld is revealed!

Guest-starring the inmates of Arkham Asylum who have been dramatically affected by battling the Green, the Red and the Rot!