On a whim, I decided to try three of Marvel’s new re-boot issues: Avengers, Captain America and Thunderbolts.

My choice to read these wasn’t particularly scientific – it was purely down to whichever first issues the Barnes & Noble I was in at the time had in stock. These were the three (they had a couple of second issues, but I wasn’t prepared to go traipsing around Manhattan to find the first issues of those series*). Overall, I’m actually quite impressed with the three titles I tried. It bodes well.

* And by “traipsing”, I mean walk three blocks to Forbidden Planet… 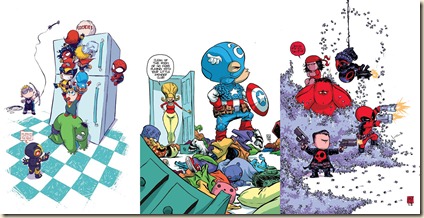 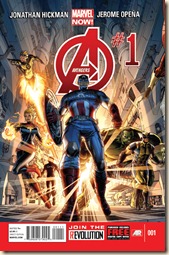 The greatest heroes in comics together on one unbeatable team! Now shipping twice a month, the Avengers “go large,” expanding their roster and their sphere of influence to a global and even interplanetary level.

When Captain America puts out his call – who will answer? Big threats, big ideas, big idealism – these are the Avengers NOW!

So at the start of this issue, we are introduced to some great yellow-devil-looking fella, goes by the subtle name of Ex Nihilo. He is busy terra-forming Mars, in an attempt to re-make Earth on Mars as he thinks it should have been. Perfect it, as per his own twisted notions. Or something – it’s not 100% clear, and in the meantime he’s also attacking Earth with terra-reforming-bombs. He’s supported by a killer-robot/droid Aleph, and the strange mutant Abyss. 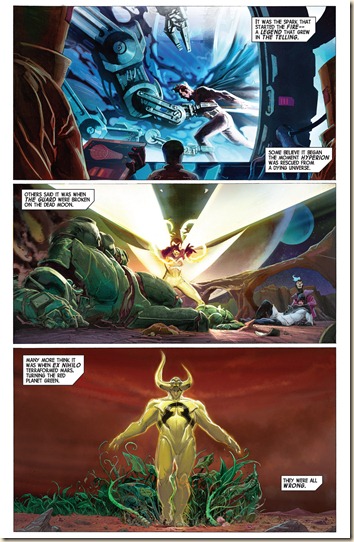 The Avengers – Captain America, Iron Man, Thor, Black Widow and Hawkeye – head on up to Mars to combat this new threat, and to once again protect Earth from the ravages of an extraterrestrial threat. It doesn’t go so well. For one, Abyss manages to mess with Hulk’s mind, making him attack Thor, and the rest of the team are captured or beaten senseless. 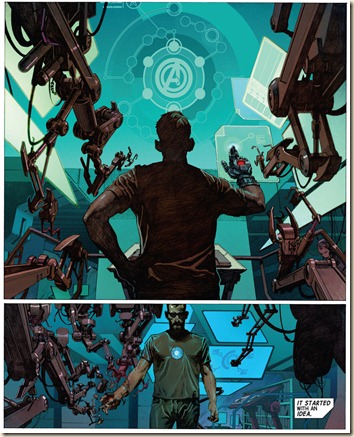 I can’t say I entirely knew what was going on – it’s all very vague and “tantalizingly” thin on details. It sets up the second issue quite nicely, I presume. Despite my overall lack of satisfaction (it left me wanting more but not in an “OMG! That was AMAZEBALLS” sort of way), it was nevertheless pretty good and quite well-written. The series could turn out to be pretty interesting, actually.

There’s good artwork, too – I liked the high level of detail that retained a slight sketch-like quality, with less-than-sharp lines, the few extraneous lines, and so forth. Looked very nice. 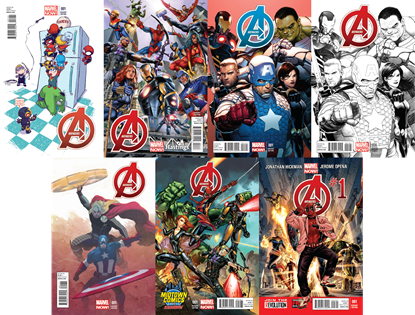 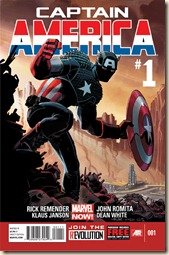 With no country and no allies, what’s left for the Sentinel of Liberty to protect? The Saga of Dimension Z begins here!

I’ve been slowly working my way through Ed Brubaker’s run on Captain America, and it’s fast become on of my favorite comic series (even though I still haven’t got to the Death of Captain America storyline – there’s a new collected TPB edition coming out in the next couple of months that I’ve been waiting for). This issue takes us back to Steve Rogers’s childhood in New York. His father’s a drunk, and as the story opens, he’s hitting Steve’s mother, as young Steve cowering under the kitchen table... It’s a part of Steve’s life that I’ve not seen before, and I thought Remender did a good job of giving us a glimpse of part of what made Steve into the man he became before he got the Super Soldier Serum and became Captain America. 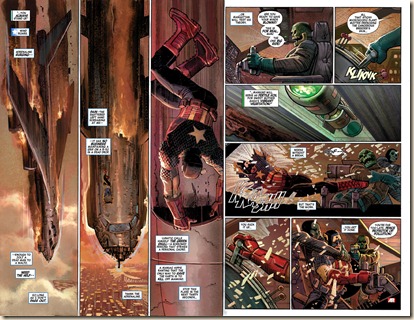 The story then moves ahead in time to a Captain America mission (there’s not real clue that I saw as to the time-frame this story is set in, or how it actually ties in to Marvel NOW and post-AvX). He’s battling against the craziest of eco-terrorists, who goes by the name of “Green Skull”. This maniac comes equipped with “omega fertilizer”, which appears to make you grow branches… Like so: 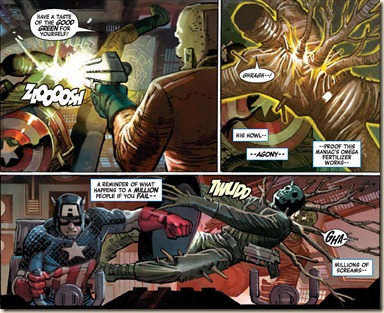 This idea is daft. But I really liked the nod to classic-era terminology and crazy technology and weapons. (The story contains another nod to past villains, but I won’t spoil things for you.)

“You’re dooming this green world to the squalid brown of mankind’s consumption of convenience!”

Overall, this is a very well-written comic (the above Green Skull Villain Proclamation aside…). There’s a particularly well-written dynamic between Steve and Sharon, his S.H.I.E.L.D. liaison, who meets him post-Green Skull, and shepherds him off on his next mission. He works his way onto a secret NY Subway line, which goes somewhere... else.

I enjoyed this a lot, actually, and I’m looking forward to reading the second issue and more beyond that. I think this will end up being a popular, successful series, and not just because all the established Captain America fans will climb on board. This should have a much wider appeal. 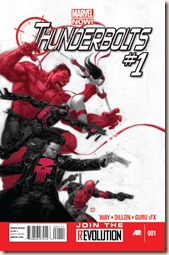 Red Hulk, Venom, Elektra, Deadpool, the Punisher. Forget the courts, the jails, the system — this team of Thunderbolts fights fire with fire, targeting the most dangerous and lethal players in the Marvel Universe with extreme prejudice.

Led by General “Thunderbolt” Ross, AKA the Red Hulk, this hand-picked team of like-minded operatives is going to make the world a better place… by all means necessary.

This is a pretty straight-forward recruitment issue, in which General Thaddeus Ross is recruiting members for his new team, the Thunderbolts. Along the way he picks up the Punisher, Deadpool, Venom, Elektra, and is, of course, the Red Hulk himself. He meets them all while on their existing assignments, in Afghanistan, France, Somalia, and also tied to a post in an old warehouse surrounded by baddies (that’ll be the Punisher. Naturally...). 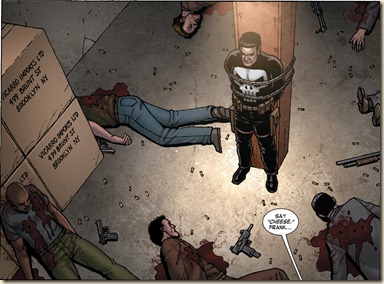 When I picked this up, I felt the series probably had the most potential for someone who’s got a lot of catching up to do (I recently bought a good chunk of Venom’s latest run, and also Scarlet Spider, and have been following Greg Rucka’s Punisher run for a while, but have not got all-the-way caught-up yet).

As I said, there’s not a whole lot to this issue, save the recruitment phase, but Way does a good job of introducing us to the characters and an idea of their MO’s: Elektra’s intro is particularly grisly, Deadpool’s in France killing evil mimes (as you do); and so forth. 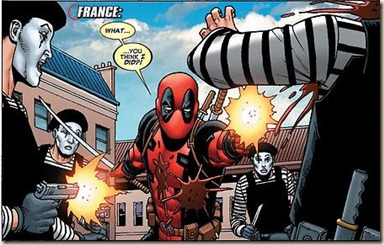 This sets up rather nicely the next issues, and I think I can safely say I’ll be back for more. Recommended. Posted by Civilian Reader at 10:56 PM