“Huntress: Crossbow at the Crossroads” (DC) 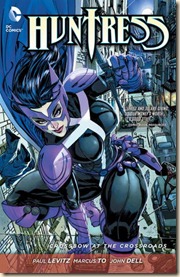 In this adventure set in Italy, Huntress sets out to destroy a deadly human-trafficking and gun-smuggling operation

I first became aware of this series when I was on my late-2011/early-2012 DC binge, but decided to wait for the collected book (after all, it’s only six issues). Did it live up to expectations? Certainly – this is a fun, espionage-filled and action-packed tale of vigilante justice.

Human trafficking forms the backdrop of this story. Our heroine is drawn to Italy, where the mafia and corrupt Middle Eastern dictators have been selling and abusing women for years to fund their lavish lifestyles and keep their opponents in check (many of the trafficked women are the daughters of political enemies). It’s a pity it was so short, actually, as I think it could have lasted a few more issues/chapters, expanded on the story and maybe also the character’s background. There are, however, some interesting (if underdeveloped) references to the Arab Spring, too. But, ultimately, it boils down to a retiring Middle Eastern dictator, seeking asylum in beautiful Italy so his sons can take over with a veneer of Western acceptability and sensibility; when really, they’ll just be the same type of propped up dictator the West has always been good at courting and supporting. (The politics are a little transparent, but they were certainly unusual in my experience.) 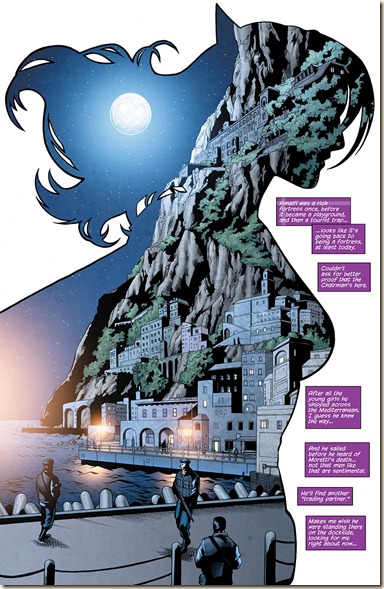 The artwork throughout is fantastic, with the landscapes in particular standing out. The artistic team do a great job of conveying atmosphere and dynamism, not to mention the Old Europe aesthetic on almost every page. With sharp lines and details, the comic is vivid and eye-catching. There’s also a relative lack of ridiculous super-heroine poses, although there area just a couple of classic slight-contortions crop up. I think many people will appreciate that Huntress’s outfit is far more practical than the negligible leotard she wears in Batman: Hush (the only other story I’ve read in which she has featured). 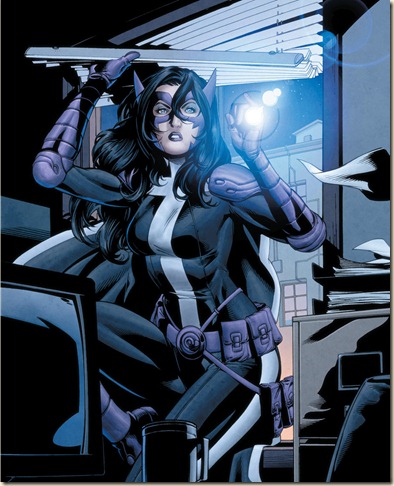 Huntress is harder than Batman, less interested in avoiding a death-toll when she deems it necessary, but she is no-less complex or interesting than the caped crusader. Not a whole lot is given away about Helena’s real identity or why she became the Huntress, so I was at a little bit of a loss. I did a quick Google search, though, and was it appears to be the case that, like a few other DC characters, the Huntress has had a number of incarnations and ‘real’ identities throughout DCU history. In one incarnation, she is Batman’s daughter, but not in others. It was not entirely clear to me whether or not this incarnation is related to Bruce Wayne…

This book was, overall, a good and fun diversion. It should also serve as a partial introduction for people who’d like to know a bit more about Huntress before diving into Earth 2, one of the second-wave New 52 titles (the first issue of which I thought was rather good) – indeed, we get a moment of Earth 2 teamwork at the very end of this book. I enjoyed the story, as well as the nod to real-world international relations and contemporary political problems.

I’d highly recommend this book if you’re after something a little different, not to mention a self-contained story. 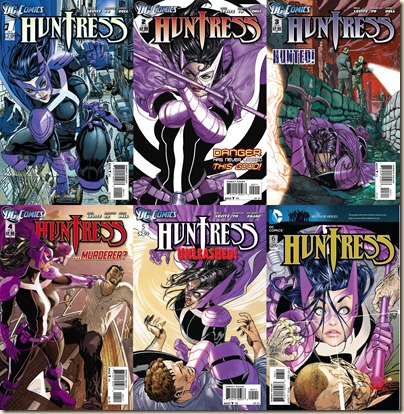