Like pretty much every month this year, there are a great number of interesting and exciting titles released. Nobody has time to read them all, however, so one has to make the hard choices as to what to read. With that in mind, here are my (much-delayed) selections for my most-anticipated six novels published this April. 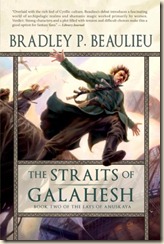 West of the Grand Duchy of Anuskaya lies the Empire of Yrstanla, the Motherland. The Empire has lived at peace with Anuskaya for generations, but with political turmoil brewing and the wasting disease still rampant, opportunists from the mainland have begun to set their sights on the Grand Duchy, seeking to expand their empire.

Five years have passed since Prince Nikandr, heir to the scepter of Khalakovo, was tasked with finding Nasim, the child prodigy behind a deadly summoning that led to a grand clash between the armies of man and elder elemental spirits. Today, that boy has grown into a young man driven to understand his past – and the darkness from which Nikandr awakened him. Nikandr's lover, Atiana, has become a Matra, casting her spirit forth to explore, influence, and protect the Grand Duchy. But when the Al-Aqim, long thought lost to the past, return to the islands and threaten to bring about indaraqiram – a change that means certain destruction for both the Landed and the Landless - bitter enemies must become allies and stand against their horrific plans.

Can the Grand Duchy be saved? The answer lies hidden within the Straits of Galahesh...

I really enjoyed Beaulieu’s debut, The Winds of Khalakovo, the first in his Russian-influenced fantasy series. I’ve had The Straights of Galahesh for a while, now, and have no idea why I’ve not gotten to it yet. I’ve been in the mood for thrillers more than usual, so maybe that’s partly why I haven’t managed to review this ahead of its publication. I hope to rectify this oversight very soon. 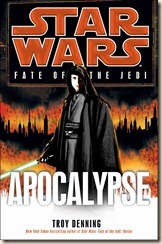 In the stunning finale of the epic Fate of the Jedi series, Jedi and Sith face off, with Coruscant as their battlefield. For the Sith, it’s the chance to restore their dominance over the galaxy that forgot them for so long. For Abeloth, it’s a giant step in her quest to conquer all life everywhere. For Luke Skywalker, it’s a call to arms to eradicate the Sith and their monstrous new master once and for all.

In a planet-wide strike, teams of Jedi Knights take the Sith infiltrators by swift and lethal surprise. But victory against the cunning and savage Abeloth, and the terrifying endgame she has planned, is anything but certain. And as Luke, Ben, Han, Leia, Jaina, Jag, and their allies close in, the devastating truth about the dark side incarnate will be exposed — and send shock waves through the Jedi Order, the galaxy, and the Force itself.

Ah, the Fate of the Jedi series… I’m a huge fan of the Star Wars franchise, as any long-time reader of the blog will know. I’ve read pretty much every post-A New Hope novel, and a selection of the books set prior to the original movie. This is the final book in the latest nine-book story arc, and I have pretty high hopes for it. I have had my concerns about the wisdom of nine-book arcs, especially when one has to re-cap so much of what’s come before in each successive volume. They are starting to feel a little dragged out, but I believe this is not going to be the strategy going forward, and we’re going to see more trilogies, stand-alones, and maybe four-, or five-book story-arcs appearing. 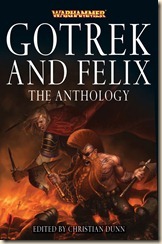 Gotrek and Felix: unsung heroes of the Empire, or nothing more than common thieves and murderers? The truth perhaps lies somewhere in between, and depends entirely upon whom you ask... Within these pages you will find the untold tales of the adventuring duo, some of which undoubtedly even they would rather remain a secret. From the wastelands of the north to the mystical cities of Araby, and from the orcs of Karak Azgal to the ogres of Skabrand – their exploits are recalled and their legend grows.

This is going to be my next read (started yesterday, actually). The Gotrek & Felix novels are among my favourite fantasy stories, so I’m always eager to get my hands on more of their adventures. This is the first multi-authored anthology for the duo. I’m also going to include in the same post reviews of four other Gotrek & Felix stories that have surfaced in the recent future: Charnel Congress and Blood Sport by Josh Reynolds, The Oberwald Ripper by Laurie Goulding and Slayer of the Storm God by Nathan Long (the prose release of the audio-drama of the same name).

Also on CR: Interviews with Will King (creator) & Nathan Long 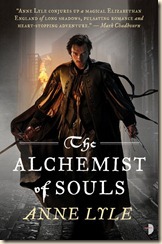 I’ve been putting this off for too long, so I’ll be reading this next week, hopefully, while on my week-long trip to Canada. The premise sounds fantastic, and now that I’m starting to feel the fantasy bug again, it seems perfect. Following the trajectory of a blood-red comet, the berserk World Eaters blaze a path of destruction across the galaxy in its wake. The small cemetery world of Certus Minor appeals to the Space Marines of the Excoriators Chapter for protection, but the force dispatched to deal with this grim threat is far too small and their losses against the renegades are high. Just as all seems lost, salvation is borne out of legend itself as sinister spectral warriors descend upon this planet of the dead, and the enemies of the Imperium come face to face with those who have already travelled beyond the realm of the living...

I’m a fan of Sanders’ writing, so I’m eager to read this novel. I don’t know why it’s taking me so long to do so. In an effort to not write blanket coverage of just Black Library titles (they have so many exciting titles coming out in the near future!), Legion of the Damned just seems to keep slipping further down the TBR pile. I’ll try to slip it into the schedule ASAP. 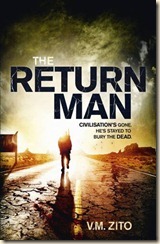 Now Homeland Security wants Marco for a mission unlike any other. He must return to California, where the apocalypse began. Where a secret is hidden. And where his own tragic past waits to punish him again.But in the wastelands of America, you never know who — or what — is watching you.

I’ve actually already reviewed this novel, so I won’t write more here except to reiterate that I really enjoyed it.

So, those are my picks. What are yours?

Posted by Civilian Reader at 9:42 PM