I spotted both of these new covers for the first time today, and thought I’d share them here because they’re fantastic.

First up, we have the artwork for Seven Wonders, the second novel by Adam Christopher, to be published by Angry Robot books in August/September 2012: 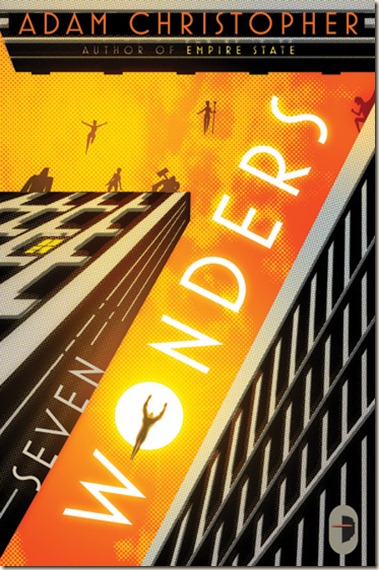 I thought this one was great, and I love the aesthetic (which sort-of matches Empire State’s style). I hadn’t been aware that more information had been released for this novel, but I am very intrigued by the premise:

Tony Prosdocimi lives in the bustling Metropolis of San Ventura – a city gripped in fear, a city under siege by the hooded supervillain, The Cowl.

When Tony develops super-powers and acts to take down The Cowl, however, he finds that the local superhero team Seven Wonders aren’t as grateful as he assumed they’d be…

I still haven’t had a chance to read Empire State (I’ve not yet found myself in the mood for it), but I will get to it at some point. Mount ToBeRead is rather vertiginous at the moment…

And also, the absolutely stunning artwork for the limited edition of Joe Abercombie’s Best Served Cold, by Raymond Swanland: 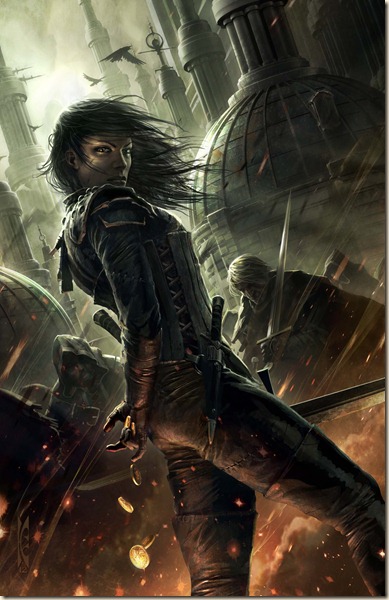 I love this one – it’s atmospheric, moody, stylish, evocative… How is it that Abercrombie can get so many amazing covers? His novels truly have been blessed by the Cover Fairy… This special edition of Best Served Cold will be published in the oh-so-vague “Fall 2012” by Subterranean Press. And Abercrombie’s novel continue to go unread by me… No, I do not know why. No, I do not even have a good excuse. Yes, I will be reading The Blade Itself in the next couple of months. I hope. Probably.

What do you think of these two covers?