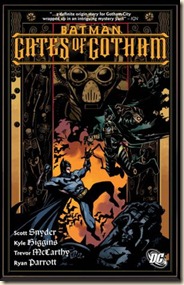 When a mystery as old as Gotham City itself surfaces, Batman assembles a team of his greatest detectives – including Red Robin, Owlman, I-Ching and others – to investigate this startling new enigma. As clues are discovered and the mystery deepens, Batman's team soon finds itself on a journey that explores different eras in Gotham's history and touches upon notable Gotham families including the Waynes, Kanes, and Elliotts.

This mini-series tells a pretty amazing story: it’s a great detective mystery, which reaches back into Gotham’s history, with plenty of action mixed in. Batman and his allies are investigating the destruction of the bridges that link Gotham with the mainland. More attacks follow, committed by the psychotic villain calling himself the “Architect”. The story takes readers on a trip through turn-of-the-century Gotham City and its high society, and the First Families’ race to build ever-better and more glorious architectural wonders. It also shows how the sins of the past echo into the present…

The story seems to be narrated, in part, by one of the greatest architects of turn-of-the-century Gotham City, one of the go-to architect brothers who were behind some of Gotham’s most audacious and spectacular building projects. It would make a great story for a movie, too. The scenes from the past alternate with those of the present, enhancing our understanding and appreciation for Gotham’s history. It’s a great addition to the Batman canon. 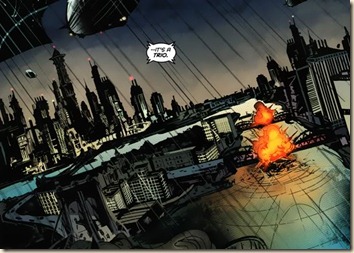 At first, I didn’t realise it was Dick Grayson as Batman – the story seems to take place at the same time as Batman, Incorporated, as Bruce does feature, only he appears to be globe-trotting, recruiting men and women to help spread the vigilante franchise. (This is the premise of the “Nightrunner” story, set in Paris, and included at the end of this book.)

The story has a lot of potential to echo down through the (comic) ages, as the writers have laid out a fair bit of Gotham history, from which other writers will be able to extrapolate and further explore the city, its founding families and more. In the latest issues of Batman (by Snyder) and Nightwing (by Higgins), we already see a few references back to these times. 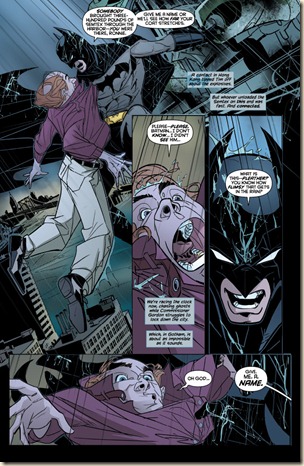 As this story is set pre-New 52, there is a lot of allusion to other Batman storylines that I’m not familiar with: Hush, for example, and probably Battle for the Cowl, Streets of Gotham, and the aforementioned Batman Incorporated (all of which are very high on my to-buy list).

The back-up story was very good as well. It takes a different approach to the extended Bat-family, and deals with the riots and racial tensions of the Paris Banlieue, and the man who would become Nightrunner, the Batman of Paris. It’s very well written, and taps into the sense of racial and social frustration felt by French Arabs. I really liked this story, and I would certainly love to read more stories featuring Nightrunner. 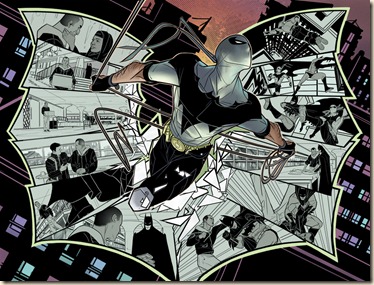 The artwork is wonderful throughout – evocative and atmospheric, but also nicely dynamic for the combat and action scenes.

This is an absolutely superb book, one I’d recommend to all fans of Batman and its extended franchise titles. It’ll be really interesting to see how else this ties in to Snyder’s New 52 Batman series and other, future Batman comics.