I stumbled across this novel by accident, when Madeleine Ashby mentioned it in an interview answer for CR (sorry, you’ll have to wait until next Wednesday to read the interview…). Naturally, my first reaction was to Google the book, and I found its great cover artwork: 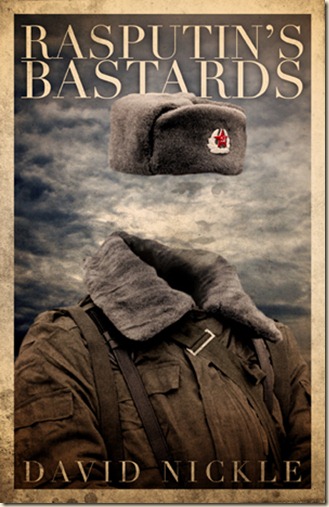 The novel will be published in June 2012 by ChiZine, and after reading the synopsis (below), my interest has definitely been piqued:

They were the beautiful dreamers. From a hidden city deep in the Ural mountains, they walked the world as the coldest of Cold Warriors, under the command of the Kremlin and under the power of their own expansive minds. They slipped into the minds of Russia’s enemies with diabolical ease, and drove their human puppets to murder, and worse. They moved as Gods. And as Gods, they might have remade the world. But like the mad holy man Rasputin, who destroyed Russia through his own powerful influence in the end, the psychic spies for the Motherland were only in it for themselves.

It is the 1990s. The Cold War is long finished. In a remote Labrador fishing village, an old woman known only as Babushka foresees her ending through the harbour ice, in the giant eye of a dying kraken – and vows to have none of it. Beaten insensible and cast adrift in a life raft, ex-KGB agent Alexei Kilodovich is dragged to the deck of a ship full of criminals, and with them he will embark on a journey that will change everything he knows about himself. And from a suite in an unseen hotel in the heart of Manhattan, an old warrior named Kolyokov sets out with an open heart, to gather together the youngest members of his immense, and immensely talented, family. They are more beautiful, and more terrible, than any who came before them. They are Rasputin’s bastards. And they will remake the world.