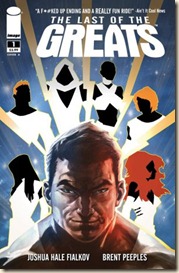 Meet The Last – He’s mankind’s last hope. And he HATES us! As the Earth stands on the brink of annihilation we must beg the last survivor of a family of superheroes to put aside his hatred and save our butts.

I’ve already reviewed the first two issues of this series, but I wanted to write a quick few comments on the collected edition, which is now available. It’s a pretty intriguing series, mixing a type of divine-mystery with action and incisive commentary on the human condition.

The Last is a sinister, sick bastard. He presents the reader with two sides: one is compassionate, caring and loving (this is usually on display when there are crowds and cameras about); the other is sadistic and evil. He is all about power and control, and his benign and compassionate acts are purely means to an end.

When there were multiple Greats on Earth, they each had a ‘handler’ of sorts – a contact from the country or continent where they operated. In the early pages of the book, the Last (who lives in icy seclusion), takes out his anger at the death and abandonment of his brothers and sisters on all but a single handler. This handler, Charles, was in love with his Great, and the Last has allowed to live and serve as his spokesman and contact with the world. While the Last thinks he is in total control, Charles has a few big secrets of his own, and they start driving some interesting events.

The collection features some great, cinematic double-page spreads. Peeples’s artwork is distinctive and eye-catching throughout, with plenty of interesting stylistic and artistic tricks and flourishes to make it stand out. It’s not the most stylised, crisp or ‘clean’ aesthetic, but it has an eye-catching simplicity that really grabs the attention. 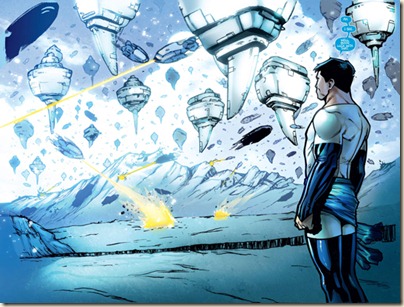 As the story unfolded, it became a little weirder, as well as more shocking. There are a lot hints for future events, some questions left unanswered, and a couple of puzzling and surprising moments and reveals. The hints we get of events before the Greats all died, through snippets of dialogue, are quite tantalising (bordering on frustratingly vague), but they do exactly what they’re supposed to do: that is, make me want to read more!

The series this most reminds me of is Mark Waid’s Irredeemable, only on steroids – it shares some themes and ideas, although it’s built on a very different bedrock premise. The cynicism about humanity is worn far more openly on its sleeve (especially early on), and the brutal nature of the story is not only in acts of (mass-)murder and destruction. The Last, as I’ve already stated, is one evil bastard, sadistic on an intimate level. I hope, in future issues, that the creators give us a better explanation of what happened to the Greats in the first place – we see the world’s population turn against them, but it’s not particularly detailed, so I think there’s room for a bit more exploration on that score.

If you’re looking for a radical departure from your usual super-hero comics, then I’d definitely recommend this one. It’s twisted, intriguing, gripping, and very nicely put together. I’m certainly interested to see where it’s going next.

Also on CR: An Interview with Josh Fialkov 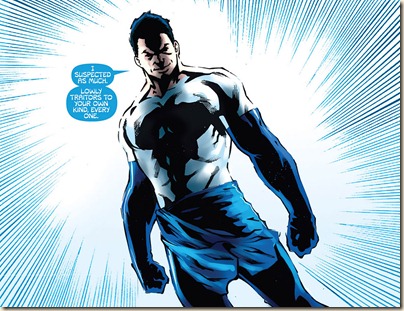 Posted by Civilian Reader at 12:32 AM