An Interview with DAN ABRAHAM 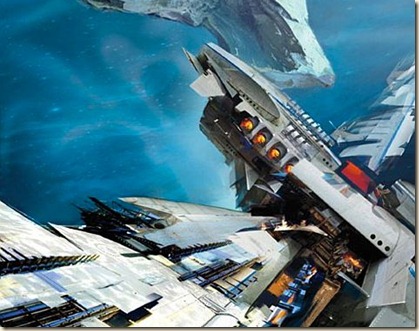 Dan Abraham is one of my favourite authors. Ever since I read the first book of his Long Price Quartet series, I’ve been eagerly awaiting every new book of his fiction. Abraham is also one of the busiest authors I’m aware of, writing novels in the fantasy, science fiction and urban fantasy genres, as well as writing graphic novel adaptations of Game of Thrones and a handful of other projects. With so many excellent projects on the go, it’s really a wonder he ever manages to sleep… I decided to ask him about this, and many other things besides…

You have a number of projects on the go, across many genres, so I thought I’d separate them out before asking a few, more general questions. 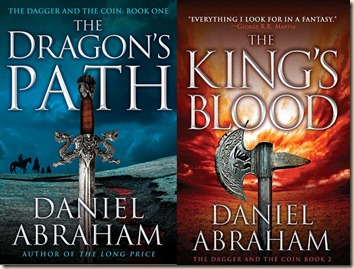 First up, you’re Dagger & the Coin fantasy series, the second novel in which, King’s Blood, is coming out next month: how would you introduce the series to a new reader, and what can we expect from this novel?

The Dagger and the Coin series is my try at writing an epic fantasy that would affect me now the way that Eddings’ Belgariad did when I was fourteen. I’m taking all my biggest enthusiasms – medieval banking, Walter Tevis, Firefly, Freidrich Reck-Malleczewen – and putting them together into a massive adventure story with swords and dragons and magic. The King’s Blood in particular is the rise to power of one of the characters and also the sowing of the seeds that are going to cause him terrible grief later on.

There’s a movement in fantasy right now that, I think, confuses being grim with being realistic. I’m skeptical of that. My experience of reality has a lot of humor in it too, and a little joy now and again. I'm trying to bring that in the series too.

Last year you published Leviathan Wakes, the first novel in The Expanse science fiction series, which you’re co-writing with Ty Franck. How would you describe it for a new reader?

The Expanse is a love letter to the science fiction we grew up with – Niven, Clarke, Niven/Pournelle, Heinlein, Bester, Bracket. And it’s sort of a kitchen sink novel. We pull from noir mystery and horror and pretty much any other set of reading conventions that seem like they’d be useful. It started out as something we were doing pretty much for fun with the hope of pizza money somewhere down the line, and it’s become one of the best-received things I’ve ever done. 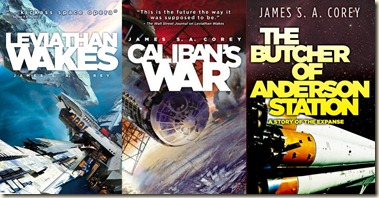 What’s it like writing with someone else, and how do you make it work? Were there any specific challenges to overcome?

If folks are looking to do a collaborative novel, the best advice I can give is work with Ty. He’s got a great sense of story, a good work ethic, and he’s pleasant to be around. Collaboration is kind of like marriage: if you get the right person in there with you, a lot of the rest of it’s actually pretty easy.

You have four novels published in your Black Sun Daughter series, which you write under your M.L.N. Hanover pseudonym. What’s the series about?

As a reader, I came to what we’re calling Urban Fantasy now pretty early. A couple of my friends started pushing Laurel K. Hamilton books into my hands when she only had two or three in print. I was a Buffy Summers fan from the start. But the more I saw where Urban Fantasy was going, the more I had some qualms with it. The Black Sun’s Daughter is my take on the kind of ur-Urban Fantasy. If I do it right, the first book should look totally different if you got back and reread once the whole thing’s over.

Along your fiction projects, you have worked on adaptations of a handful of George R.R. Martin’s works into graphic novels – including Fevre Dream, Wild Cards and Game of Thrones. What are the challenges of adaptation, and how did these projects come about?

I noodled around with a bunch of comic books scripts back in college with a friend of mine who was an artist. They never went anywhere, but I had them in my trunk. So later, when George was looking for someone to adapt Fevre Dream, I had some samples to show. My long-term goal is to get enough street cred that I can pitch an idea of my own. I’ve only got one graphic novel project in me, but it would be gorgeous, and it wouldn’t work in prose. 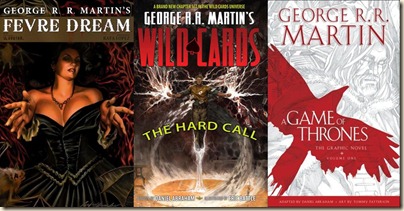 Damned if I know. It happened before I was aware of the world. I can remember some specific moments – reading Clarke’s The Nine Billion Names of God sometime before I was 12, watching Rod Serling on The Twilight Zone at my grandmother’s house, sneaking away from the city-sponsored summer camp in the park to read Danny Dunn books in the store across the street – but when was the First Time? No idea.

I did almost a decade of front-line computer tech support before my career did anything, so I love the publishing industry. It’s broken and weird and rich with artifacts of the 1800s and scrambling massively all the time. Writing is a complex form of gambling. As far as specific techniques, I try to get a lot of work done and have enough projects going that even if one or two tank, I’ve still got something that’ll pay the light bills.

Anyplace I can. Inspiration is actually surprisingly cheap. Discipline and craft are about a thousand times more useful and rarer than a nifty idea. 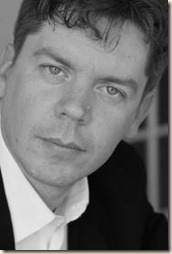 There were a lot of them. I was doing cheesy horror stories during journaling time in fifth grade. I recall, though, in middle school there was a project where I was supposed to write a story for some class, and I did this kind of Secret Life of Walter Mitty thing. I had a couple of friends I hung out with at lunch, and they made fun of me for it the way that kids will, and I told them off and stopped being friends with them. As I recall there were threats of violence. Do I look back at that fondly? Oh yes, I do.

Genre writing – especially science fiction, mystery, and fantasy – have won. Pick up the O. Henry/Pen Faulkner awards and half of the stories in there are genre stories. They’re written by people who don’t publish where I do, but they’re about ghosts and murders and futures where the ecology has collapsed. And I think as a literary group, we’re suffering for it. Back in the ’60s and ’70s, it was possible to have a common culture around specific works because so few were published that everyone could read all of them. That’s gone. In any given year, I can’t read ten per cent of the genre novels that come out, so when I get together with people who are just as passionate about genre writing as I am, we still wind up talking about movies and video games, just because there a fewer of them and we have some overlap.

The literary project I see myself on right now is trying to understand how to write low-prestige stories. The kind of things that people read for solace or pleasure rather than as a way signal that they’re middle class.

Well, I’m finishing up the third books in The Expanse and The Dagger and the Coin, I’m working on the fourth book for The Black Sun’s Daughter, and I’ve got the adaptation of A Game of Thrones into comic book scripts for Bantam, and a novella, two novelettes, and a short story all due by the end of this year.

With so many projects, how do you ever find the time to sleep…?

There’s crunch times when I have to make up for having slacked off, but seriously, if you want to do this professionally, working a lot is a pretty good strategy. I mean, I can write 500 words in half an hour if I know what’s going to happen. Do that twice in a day, five days a week and take a couple weeks vacation, and you’ve still got a quarter millio n words of first draft in a year. The hard part’s staying off Facebook and Twitter or wandering around the house or playing on the Xbox. I’m getting older and I’m getting cranky, but it seems to me that an hour a day where you stop overthinking everything and just write down some words is pretty damn cushy job.

Pulphead by John Jerimiah Sullivan, Debt: The First 5000 Years by David Graeber, and The Praxis by Walter Jon Williams. 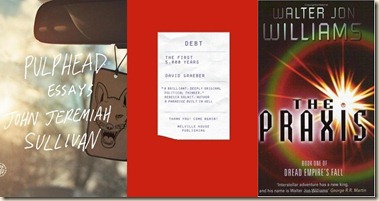 If the writing gig hadn’t worked out, I was one prerequisite away from applying to the Physician’s Assistant program over at the medical school. Seriously, anything but tech support.

About a week at the end of August when I’ve got nothing planned except napping and reading Joe Lansdale in a hammock in the back yard, my kid’s first day of first grade, my tenth wedding anniversary, and this little side project I’ve been thinking about writing...

You can find out more about Dan’s various writing projects by visiting his Website (which has handy tabs related to each of his noms de plume), and by following him on Twitter.

The Dragon’s Path, Leviathan Wakes and the first four books in The Black Sun’s Daughter series are out now everywhere. The King’s Blood will be published May 3rd (UK)/22nd (US), and Caliban’s War will be published June 7th (UK)/26th (US). The Butcher of Anderson Station, an eNovella set in the Expanse universe, is available now in the US (UK release date yet to be confirmed).

Dan’s first fantasy series, The Long Price Quartet (which I highly recommend to all fans of the genre) is out now in two collected volumes in the UK – Shadow & Betrayal and Season of War, and I believe the series is getting a proper re-release in the US as well. 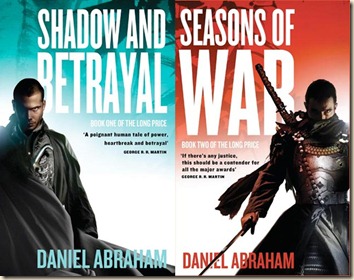 Posted by Civilian Reader at 6:07 AM