But what is it?! Boom Studios like these sorts of teaser ads, but they can sure be damned infuriating (in a good way…): 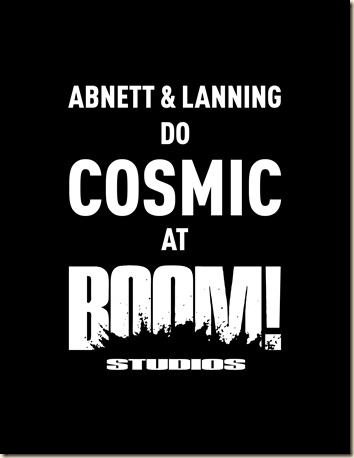 That’s it. That’s all we’re getting. Want to know more!

I have found out some more information about this new series! It’s called The Hypernaturals, for one thing, and according to Midtown Comics’ website…

It is the far future; the human race has finally colonized the galaxy, preserving an era of prosperity that’s only possible because of The Hypernaturals. They’re a celebrated, galaxy-wide superhero task force that keeps the peace. That is, until they all mysteriously vanish. Now, as the galaxy teeters on the brink of chaos, it’s up to a group of retired and long forgotten Hypernaturals – and their novice recruits – to save the galaxy from complete destruction.

And some more artwork: 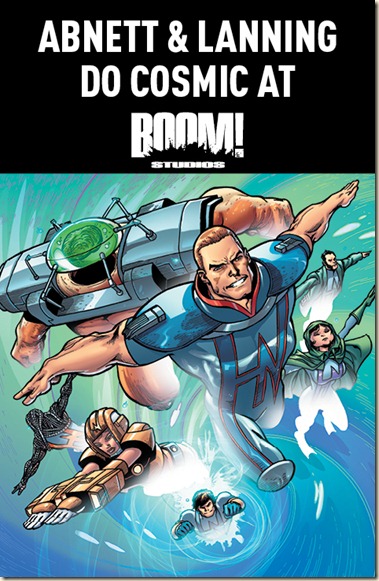