Guest Post: “The Origin of the Götterelektron” by Ian Tregillis

I recently finished reading Bitter Seeds, the superb first novel in Ian Tregillis’s Milkweed trilogy. To celebrate its release in the UK, and the release of the sequel, The Coldest War, in the US, Ian was kind enough to write a guest post for Civilian Reader….

Bitter Seeds features a cadre of soldiers who have been imbued with superhuman abilities thanks to a liberal dose of mad science. The twisted genius who created these übermenschen is Doctor Karl Heinrich von Westarp: a sick but brilliant man, short on compassion but long on determination.

Through a happy coincidence, it turned out the mad science he uses to create his superpowered progeny in the fictional world of Milkweed has a very close analog in the real world. The technology is called “transcranial direct-current stimulation” and I’ve written about it on my own website and over at the Orbit blog. But tDCS (as it’s called by those in the know) was a serendipitous discovery for me. I became aware of it only after I had conjured what I thought was a wholly fictional technology from thin air. Clearly, my imagination didn’t roam widely enough. 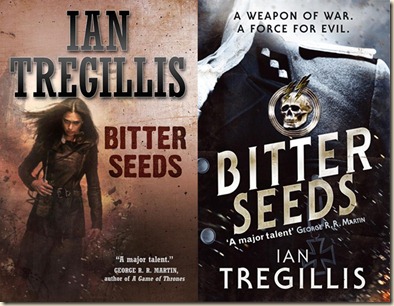 The character behind that fictional technology, however, was deliberately influenced by a real-life counterpart.

The inspiration for von Westarp was a defrocked Cistercian monk by the name of Adolf Josef Lanz. He was, not to put too fine a point on it, a complete raving nutter. According to his biographer, Wilifried Daim, he was “the man who gave Hitler his ideas” (although this is disputed).

Adolf Lanz also went by the name Jörg Lanz, although his publications (of which I’ll say more in a moment) were written under the more impressive nom de plume Dr. Jörg Lanz von Liebenfels. He became one of the seeds around which I created Doctor von Westarp. (Not coincidentally, the doctor’s physical description matches a few grainy old photos of von Liebenfels. To this day, when I picture von Westarp in my mind’s eye, I picture this nutcase. Do a Google image search if you’re curious, but be warned – von Liebenfels has connections to some very strange, and frequently offensive, circles.) 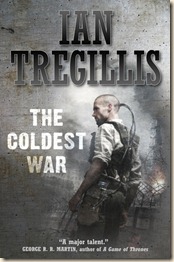 It was under the nom de plume that he published (and wrote) an occultist crank magazine from 1905 to 1930. Allegedly, Hitler was an early subscriber. However, by 1938 the association with von Liebenfels was so embarrassing that he banned publication of the man’s work. Let’s reflect on that for a moment. How crazy must you be to make Adolf Hitler worry that you’re making him look bad?

Von Liebenfels used this crank publishing venture (it was more like a fanzine, really, but aimed at racist occultists) to expound upon his pet ideology, which he called “theozoology”. Though he claimed it was scientifically derived, this doctrine is an incoherent lunatic hodge-podge of Biblical exegesis and cryptozoology. (Yes, you’re reading that correctly. Biblical cryptozoology. Science!) The less said about this repulsive ideology the better.

So how did this very minor historical figure influence the fictional Doctor von Westarp?

One of the key ideas behind theozoology was the notion of divine electricity… or what von Liebenfels called the “Götter-Elektron”. What a weird idea! But I found it irresistible. Thus Doctor von Westarp creates his supermen by surgically connecting batteries to their brains [below]. This arrangement enables them to energize feats of superhuman willpower via something the doctor calls, of course, the Götterelektron. 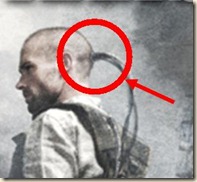 Bitter Seeds is out now in paperback in the UK (Orbit Books) and US (Tor Books). The Coldest War is out in hardcover in the US now, and February 2013 in the UK. The third in the series, Necessary Evil, will be published in the US on April 30th 2013 (artwork below).

You can find out more about Tregillis’s novels by visiting his website. 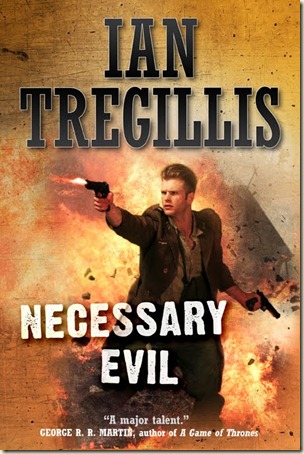 Posted by Civilian Reader at 10:46 AM