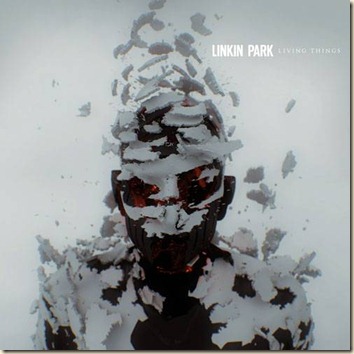 I originally had very high hopes for Living Things. I had even been prepared to write a long review, believing this may be the return of the band that dominated my stereo, and later MP3 player, for most of the early 2000s. Sadly, this album is, effectively, the Linkin Park equivalent of elevator music.

There are pleasant melodies sprinkled throughout, and plenty of moments that made me wonder if the band were about to explode through the speakers like they used to, but… Well, they just never did. The single, “Burn It Down”, had originally caught my attention and featured heavily on my YouTube playlists (video below) – it felt like a return to the Linkin Park of old, with some verve and punch while maintaining the pop sheen the band had seemed to perfect on Hybrid Theory and Meteora. 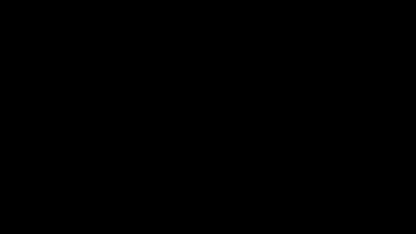 One of the only songs to stand out on its own is “Victimized”, and that’s because it’s jarringly awful. It is a waste of 1:46, and has no redeeming features. On the rest of the album, the band sound almost bored, rather than emotional or introspective. Every other song just feels like it was sloppily thrown together with some key elements the band thought should be in there. Each part isn’t bad in and of itself, but the whole just sounds like a god-awful mess. The music is often very good, and some of the best parts come from Hahn’s electronic flourishes, and the guitars are often pretty good. The drumming remains solid. But, again, the whole fails to grab me.

“Lies Greed Misery”, the song that follows “Burn It Down” sounds like a bad cover band attempting to write a Linkin Park song. “I’ll Be Gone” is almost there, but like the songs on Minutes to Midnight, fails to really ignite despite the fact that it isn’t necessarily objectionable. It will also be a future single, along with the breathy “Castle of Glass” (which has an almost Boston Irish, calm guitar-riff). “Until It Breaks” sounds like Linkin Park are attempting to write a bad Hollywood Undead cover, and “Skin To Bone” also has a whiff of Hollywood Undead’s sound about it, but with some Broadway thrown in for ‘good’ measure in Chester Bennington’s chorus.

I really don’t know what has happened to this band. Their first two albums remain two of my all-time favourite rock albums, and are certainly two of the few nu-metal-era albums that have stood the test of (barely any) time. Mike Shinoda, a good MC, seems to be taking over a lot more of the vocal duties and, while he does have a good voice, he pales in comparison to Bennington’s range (he’s one of the most versatile singers in rock/metal, so I really don’t understand why he won’t let loose anymore).

I am all for bands trying new things and experimenting – Korn, for example, seem intent on reinventing themselves almost every album, and while they don’t always make it work I can usually find plenty to like and keep coming back for more. I loved In Flames’ attempts at doing something new and more commercial, and the same goes for Soilwork. There are plenty of bands who reinvent themselves, or experiment. But they usually don’t sound like they’re bored or going through the motions. Sadly, this is where Linkin Park seem to be heading.

The thing that bothers me the most, though, is Linkin Park’s insistence on writing singles that fit squarely into the template/sub-genre of what they produced for their first two albums. The songs they have written for soundtracks all sound like early Linkin Park, too. “Burn It Down” sounds like classic Linkin Park. The rest of the album (and its predecessor, A Thousand Suns) does not. This, to me, has the whiff of artistic dishonesty. Maybe I am being too cynical and ‘old’, but if you release one or two singles that are distinctively yours, but produce an album that is all over the shop and very different, I can’t help but think that the band is not confident their album can stand on its own two feet. If you’re going to reinvent yourself, do it. Don’t rely on an old formula to get people’s attention and then give them something completely different.

Will I buy their next album? Probably. But I’ll borrow it off a friend first, to see whether or not they’re noodling about or actually writing the type of songs they are very good at.