I am a huge fan of Superman. Not Grant Morrison’s Action Comics or All-Star Superman. The Christopher Reeve movies, though, were a large part of my childhood (I watched them multiple times). I also really liked Mark Waid’s Birthright, J. Michael Straczynski’s Superman: Earth One (very happy there’s a new volume coming out very soon), and I’ve really enjoyed the New 52 Superman issues I’ve read (#1-9).

A lot of people didn’t like Superman Returns – I did, despite the fact that Lex Luthor was, effectively, attempting an evil real estate deal. With Man of Steel, the long-in-production next Superman movie, though, I think things may turn around for DC’s cinematic output (Marvel have totally dominated Super Hero Hollywood).

A new poster was unveiled at ComicCon: 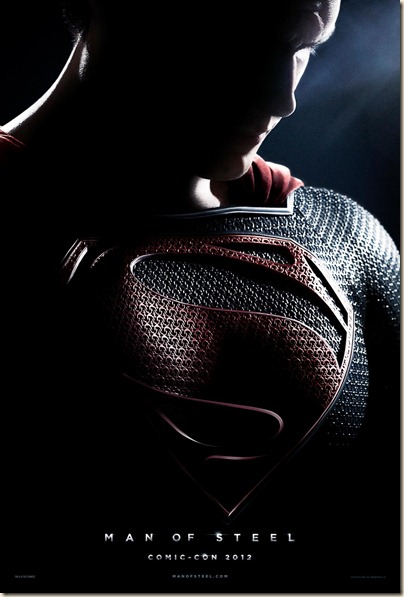 Posted by Civilian Reader at 2:39 AM