An Interview with D.B. JACKSON D.B. Jackson’s Thieftaker has received some great feedback around the book-related blogosphere. As a sucker for American history, thrillers, and the fantastic, I am very interested in reading this novel. While I wait to get my hands on a copy, I thought I’d get in touch with Jackson to pick his brains about his new novel, pen-names, writing, and more.

I thought I’d start off this interview with something easy: Who is D.B. Jackson?

Well, “D.B Jackson” is my new pseudonym. My name is actually David B. Coe, and under my own name I’m the author of eleven epic fantasy novels (from three series: The LonTobyn Chronicle, Winds of the Forelands, and Blood of the Southlands), as well as the novelization of Ridley Scott’s Robin Hood. As D.B. Jackson, I am the author of a new series of historical urban fantasies called The Thieftaker Chronicles. And I suppose I should mention here that in addition to everything else, I also have a Ph.D. in U.S. history that I earned many, many years ago.

Your debut novel, Thieftaker is out now through Tor Books in the US. How would you introduce the novel to a new reader? Where do you see the series going in the future?

Thieftaker, as I say, is the first book in my new Thieftaker Chronicles series. The second book, Thieves’ Quarry, is in production and will be out in the summer of 2013. The premise of the book and the series is fairly straightforward. Each book is a standalone murder mystery with a magical element, set in 1760s Boston, and built around some significant historical event in the years leading up to the American Revolution. So, for instance, Thieftaker begins on the night of the Stamp Act riots that took place in August 1765. I’ve added a murder to that night’s events. The second book coincides with the beginning of the British occupation of Boston in 1768. My hero, Ethan Kaille, is a thieftaker, sort of an eighteenth century private investigator. He is also a conjurer, who uses his magic to help him solve crimes. And in the course of the books, he interacts not only with other fictional characters, but also historical figures like Samuel Adams, James Otis, and Thomas Hutchinson. 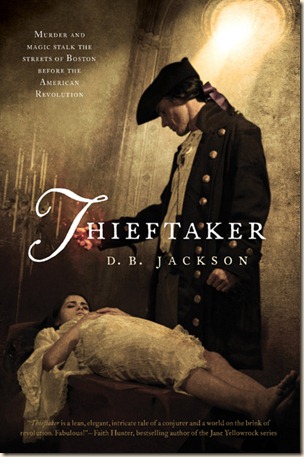 Where did the inspiration for the story come from? What made you decide to mix history with the supernatural/magic? And where do you draw your inspiration from in general?

Answering those out of order, my inspiration can really come from just about anywhere. Sometimes, I will think of a plot point and suddenly I’ll find myself building more plot points around it. Before I know it, I’ve got an entire book or series of books mapped out in my head. At other times, I’ll fix upon a character or an element of world-building or an idea for a magic system. It really is different every time.

And as a case in point, the idea for Thieftaker originally came from something I read in a book – in a footnote, actually – about London’s most famous thieftaker, the notorious Jonathan Wild. Wild was actually a glorified criminal who stole (or had his henchmen steal) and then returned the pilfered items for a finder’s fee. His “business model” was a bit more complex than that, but you get the general idea. He made himself rich, and he made himself a folk hero, because people actually believed that he was “solving” all those crimes he himself had committed. And as soon as I read about him, I knew that I wanted to write a book about thieftakers, with my hero being an honest man, and his nemesis being a Wild-like character. This nemesis eventually became a woman in my book: the beautiful and deadly Sephira Pryce.

My decision to make the book a historical novel actually took some time. I originally wrote Thieftaker as an alternate world fantasy. But after discussions with my editor, I decided that it would work better as a historical novel. I chose to set it in Colonial Boston because, as I mentioned, I have a doctorate in U.S. history, and that period always fascinated me. 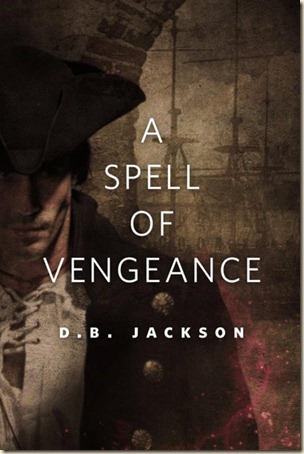 A short-story set in the same series, available on Tor.com

I was introduced to genre fiction at a sleepaway camp when I was about eleven years old. I did theater at the camp and landed the role of Bilbo in a staged version of The Hobbit. I had never heard of the book before, but I loved the story. Sometime later, I finally got around to reading the novel, and REALLY fell in love with the story. Then I read Lord of the Rings, and from then on I was hooked.

I love being a writer. Absolutely love it. Don’t get me wrong; it’s a hard way to make a living and at times I grow frustrated with the creative process – which is fickle and draining and unbelievably challenging – as well as with the publishing business – which is also fickle and challenging and maddeningly slow at times. But being creative for a living is also rewarding in so many ways. I get to make up stories for a living; people pay me to do it! I still can’t get over how cool that is, and I’ve been at this for 17 years.

I work every weekday, either writing, or doing promotional work, or both. I try to take evenings off and relax on weekends, so I guess you could say that I try to treat my work like a regular job with regular hours. I tend to do a good amount of groundwork before I start writing a book. I’ll do as much preliminary research as I can. I’ll answer all the research questions that I know I have up front, although invariably I figure out more questions that need to be answered as I go along with my writing. I also try to outline my books, at least roughly, before I start writing. After about ten chapters of writing, I usually have strayed so far from that first outline that I have to scrap it and plan out the rest of the book in a second outline. And then at about chapter 20, I have to do that yet again. As I say, my outlines tend to be a little rough. But even if I stray from them, they’re helpful in that they at least get me started in the right direction, and give me some organizational framework for my story. 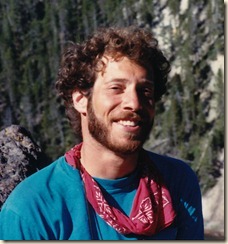 The Author Himself – Photo shamelessly pinched from Blake Charlton’s Website

I wrote my first book when I was six years-old. Seriously. It wasn’t very good, and my illustrations are truly horrendous. But it was my first book, and so yes, I still look back on it with great fondness. It was called, I believe, “A Fish Called Jim,” and it was about a fish (whose name was Jim – clever title, I know) who has no friends and is very sad. But then another fish gets hooked by a fisherman, and Jim helps him escape and then everyone loves him. It is a tale of alienation and redemption, of Karmic justice and the need for all humanity (or Ichthy-manity) to live in peace and harmony. Truly a landmark in the development of American literature.

In all seriousness, I was writing little books when I was six, and it seems to me that I knew all my life that I was going to be a writer.

I think that speculative fiction, and fantasy in particular, has never been more popular or more important to popular culture. I believe that the combination of Peter Jackson’s LOTR movies, and the enormous popularity among middle-grade and young adult readers of Harry Potter, Percy Jackson, and the Hunger Games series, has convinced the entire entertainment industry that fantasy and related genres can be phenomenally successful and profitable.

Fantasy novels are doing very well, despite the fact that the publishing business is still sorting out how it’s going to address an uncertain technological future. And of all subgenres, urban fantasy is doing especially well. As it happens, historical fantasy is also doing well right now, and so it seems that with Thieftaker I’ve hit upon something that can ride both waves. And that’s a pretty cool thing. Wholly coincidental, by the way: I wrote the book because that was the story I wanted to tell at this particular time. But I think I’ve gotten very lucky.

Thieves’ Quarry is the next book in the pipeline. Book II of the Thieftaker Chronicles will be out in about a year. But I also have two contemporary urban fantasies in the works. Both books (they’re unrelated) need another round of revisions before they’re ready for publication, but I plan to work on them this fall and winter. I also have a proposal in for two more Thieftaker books. And I have a middle-grade book on the back burner that I hope to get back to sometime soon. 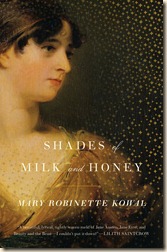 Right now I am reading Shades of Milk and Honey by Mary Robinette Kowal, which is a fantasy written in the style of Jane Austen novels and other Regency fiction. Mary is a good friend, but I can say with confidence that even if she weren’t I would still be enjoying the book. It is compelling, beautifully written, and very entertaining.

Hmmmm. Well, one thing people are usually surprised to find out is that, while I loved fantasy and science fiction growing up, and threw myself into the business as soon as my first novel was released in 1997, prior to then I had never attended a SF/fantasy convention, and still have basically done no gaming at all.

They also might be interested to know that I have a bunch of hobbies. I’m a dedicated photographer and have exhibited my work and had it published in magazines. I’m a pretty decent musician and used to perform in bars and coffee houses. And I’m an avid birdwatcher, which, along with having a Ph.D. in history and getting book ideas from footnotes, pretty much establishes my geek credentials…

I would have to say that I’ve been most excited about the release of Thieftaker. My entire professional life has been geared toward that one day (which was July 3rd). Now I’m excited about my signing tour, which will take me up and down the East Coast for much of July, and also for the conventions I’ll be attending later this year, including Dragon*Con in Atlanta and Con*Stellation in Huntsville, Alabama, where I will be literary Guest of Honor.

D.B. Jackson is also David B. Coe, the award-winning author of a dozen fantasy novels. His first book as D.B. Jackson, Thieftaker, volume I of the Thieftaker Chronicles, will be released by Tor Books on July 3. D.B. lives on the Cumberland Plateau with his wife and two teenaged daughters. They’re all smarter and prettier than he is, but they keep him around because he makes a mean vegetarian fajita. When he’s not writing he likes to hike, play guitar, and stalk the perfect image with his camera.