I recently read the first volume in Brian Michael Bendis’s first run on New Avengers. I have also read the first couple of issues in his new Avengers Assemble series. Nevertheless, I have no frikkin’ clue which to read next, or even if I should bother reading more of Bendis’s various Avengers-related series.

This is not a statement on their quality – I really enjoyed both New Avengers (the premise, writing and especially artwork are pretty great) and Avengers Assemble (a lot of fun and a really interesting lead-off story and villain). It’s just, well, I have no idea how I’m supposed to read them all. There are just so many, and they seem to be a bit of a mess for new readers… 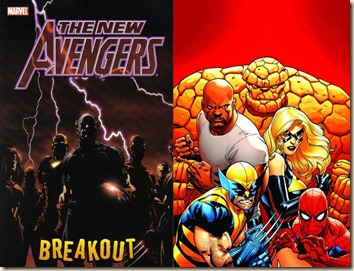 As it turns out, New Avengers was re-booted. So was Avengers. And then along came Avengers Assemble this year. And next year, we’re going to get all of the new “it’s not a re-boot” re-boots for the Marvel NOW! initiative… At the same time, there have been Dark Avengers, Avengers Academy, Secret Avengers, a couple of Avengers titles in the Ultimate Comics lines, and I’m sure there are probably even more that I just haven’t found, yet.

The same thing seems to have happened with Captain America, but that’s a little less confusing. (Not the numbering, though, which makes no sense – it jumps from #50 to #600 for no apparent reason.) So I’ll be finishing off Ed Brubaker’s first run on Captain America before starting on the post-re-boot series. Which will, soon, also end and re-boot, following Avengers vs. X-Men… (Again, see Marvel NOW!) 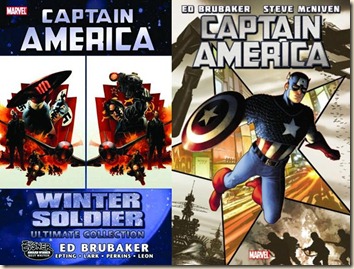 This is why DC were so successful with the New 52 – they were all perfect jumping-on points, and as a result I have been seduced by a whole swathe of new and hitherto-unknown-to-me characters and series. That being said, delving into DC’s Batman catalogue can be a little confusing, given the switches and changes – different Robins, different Batmans, etc.

Back to Avengers, then – maybe I should just pick one series and read it through, or maybe I should use Avengers vs. X-Men as my “starting point” and just go from there?

Posted by Civilian Reader at 1:31 PM