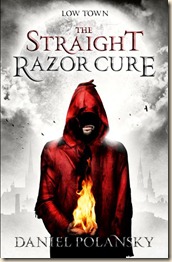 Here, the criminal is king. The streets are filled with the screeching of fish hags, the cries of swindled merchants, the inviting murmurs of working girls. Here, people can disappear, and the lacklustre efforts of the guard ensure they are never found.

Warden is an ex-soldier who has seen the worst men have to offer; now a narcotics dealer with a rich, bloody past and a way of inviting danger. You’d struggle to find someone with a soul as dark and troubled as his.

But then a missing child, murdered and horribly mutilated, is discovered in an alley.

With a mind as sharp as a blade and an old but powerful friend in the city, he's the only man with a hope of finding the killer.

If the killer doesn’t find him first.

I put off reading this for way too long. The delay had nothing to do with perceived quality of the novel, I just never got around to it. This is a fantasy that perfectly incorporates a lot of crime thriller elements, making for a thoroughly engaging and rewarding read. Straight Razor Cure is one of my favourite reads this year. It’s gritty, engaging, cynically humorous, and everything just worked for me. This is superb. Which makes this a tricky review to write…

We only slowly learn more of who Warden is, who he was, and what he does in Low Town. Instincts from his past as an agent of Special Operations resurface when he discovers the dead child, and so he gets sucked into an unofficial investigation. As he digs deeper, though, events conspire to involve him in a more official capacity, much to his and his former colleagues’ chagrin. There is no love lost between Warden and the guard, given his disgraceful termination and his chosen profession. His investigation has him butting heads with even less scrupulous denizens of Low Town, and psychotic members of Special Operations, as well as dredge up his past. When he takes a street kid, Wren, under his wing, he is reminded of his own youth in the city, and his tough-love approach to Wren is, at times, painful. It is also quite endearing, with Wren rebelling against Warden’s lessons at every turn. 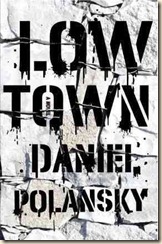 It’s a grim and gritty life in Low Town. Polansky shows us all strata of society in the city – from the wealthy, aristocratic playboys and dilettantes, to the street urchins and foreigners barely tolerated by the native population, Low Town is laid bare for us. It’s a fascinating place, written in a perfect way – the city and its inhabitants are never over-described, but nor are any of them ignored. Polansky incorporates the world-building into the narrative very well, and there was never a moment when my “info-dump” alarm went off.

Straight Razor Cure is filled with great characters: not only is Warden himself a perfect guide to the city, but those in his immediate orbit are also fascinating and fully-developed, interesting and distinctive. Warden’s best friend and long-time comrade, Adolphus (who now owns a bar), is an important anchor for our protagonist, and also another surrogate father for Wren. The powerful wizard, Crane, who saved the city from the plague, and was also mentor to the young Warden, plays an integral part to the story (sometimes in flashbacks, in which we are told of Warden’s past). Celia, the Crane’s ward and protégé, is a slightly-painful link to Warden’s past. Even the antagonists of the story are interesting, three-dimensional characters (and there are many of them – Warden has difficulty making friends…). I felt I knew Warden very quickly, and the more I read I just got to know and like him better. He is certainly one of the most interesting protagonists I’ve read in a while.

“It’s a cold world. I’ve adjusted to the temperature.”

Much of the humour comes through Warden’s interactions with and observations of others. I especially liked his sarcasm and facetious attitude towards the watchmen of the city, of whom he used to be a member. But his observations of others are equally amusing and colourful. For example, at the outset of a huge bar-brawl (which Warden instigates):

“The bartender, whose value I generally rated closer to lichen than mammal, pulled a cleaver from beneath the counter and took the head off a well-built patron with a dispassion suggesting this was not the first time he’d decapitated a patron.” (300)

Warden’s interactions with Marieke (the Watch’s Scryer) are also fantastic, as he tries to thaw the “Ice Bitch” with his irreverent humour and wit. They are very endearing passages. At other points, Warden’s inner monologue pokes fun at some popular fiction (and movie) devices:

“His face took on the wistful quality that tends to augur monologue, and sure enough the pregnant pause gave birth to soliloquy.”

There’s a fair amount of social and class commentary in this novel. It’s clear that the aristocracy of this world and city are libertine wastes of space – they cavort and party while the inhabitants of Low Town scrimp and scrape a life for themselves in the brutal and unforgiving streets. Warden’s investigation takes him into the foyers and ballrooms of the elite, and his contempt for them is palpable on a number of instances. I’ve chosen not to quote the whole of the best bit (you’ll just have to enjoy it from the book), but here’s another, later example of our protagonist’s impression of the rich and powerful:

“The night was only getting later, and my initial awe had given way to the generalized contempt I felt for my betters, sybarites so degenerate even their base pleasures were synthetic and hollow.”

The novel is set in a clearly fantasy world, but Polansky has retained certain elements from our own world. Some of them are mundane – patterns of speech and terminology, for example – which have the effect of making it really easy to sink into the narrative and get a handle on the world. There is a welcome and laudable lack of “Fantasy Names” that needlessly complicate matters. So, huge thank you for that! Certain other aspects that are only slightly removed from our own reality, that are still recognisable, include the “kiren” – one of the races that lives in the city, they are clearly influenced by Chinese (their language is extremely similar, too).

I really liked the blend of crime thriller and fantasy, and I’m actually surprised it’s not a more popular mélange in modern fiction.

The story and its characters worked their hooks into me pretty quickly, and before I knew it, I cared about each them as much as I do characters from well-established series. This is superb writing and story-telling. Everything works – the atmosphere, characters, plot, prose, voice, commentary, everything – and together they makes a novel distinctive from other fantasies. This is fantastic and highly recommended to all.

Expect a review of Tomorrow the Killing very soon.

Straight Razor Cure is out now in paperback & eBook in the UK (Hodder), in the US as Low Town (Doubleday), and in France (Bragellone) 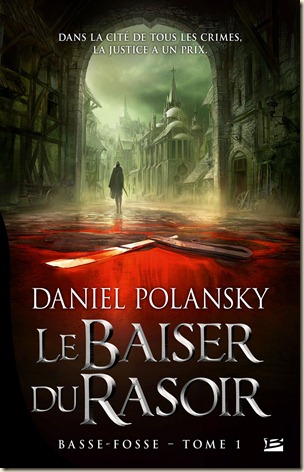 Posted by Civilian Reader at 11:08 AM