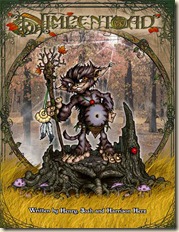 This is the tale of the courageous and resourceful little Nimpentoad, who leads his tribe of Niblings through the perilous Grunwald Forest, overcoming obstacles and encountering strange creatures along the way.

This is the first kids’ book I’ve reviewed, and I am kind of lost as to how to go about it. I don’t remember a single kids’ book I read when I was younger, so I have no idea how this compares, and I’m not entirely clear on what people look for when reading reviews of children’s books. Is it age-suitable? I presume so. Is it well written? For the most part – there were a few passages I thought could have been tighter.

Nevertheless, this book is based on quite a fun premise – it’s a creative adventure set in an endearing fantasy world, that has drawn quite a bit of inspiration from the Warhammer world and creatures, particularly the Forest Goblins, which I found perhaps a little too similar (only, watered down considerably for the intended audience’s age). The rhinotaurs, I thought, were an interesting new fantasy creature: 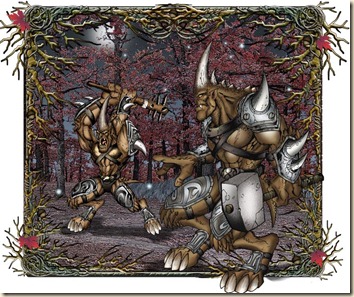 As the above image will help support, the book’s best selling-point are the illustrations by Sean Eddingfield and Bill Maus, which are quite superb (I particularly like the Neebels, which are quite clearly inspired by Warhammer Squigs – below). 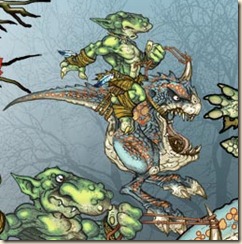 If you have very young kids, and want to start introducing them to fantasy, and think it’s maybe still a little early to give them Terry Pratchett’s Carpet People or Brian Jacques’s Redwall series, then Nimpentoad could be an interesting starting point.

Posted by Civilian Reader at 2:38 AM