Guest Post: “Lessons I Learned While Stumbling Through the Looking Glass” by Jon Sprunk 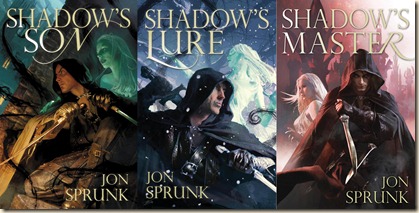 Writing a novel is a mammoth undertaking. It seems pretty easy at the beginning: just string together some interesting scenes involving remarkable characters and keep that process rolling along until you reach The End. Yet somewhere along the line you start to realize that all these “interesting” scenes will have to add up to something important, something bigger than They All Lived Happily Ever After. This is especially difficult when you dream that this novel will someday be published and read by people whom you’ve never met, who will judge your work against the entire history of literature. It’s enough to give a writer the shakes, and that’s before he or she starts hitting the bottle at increasingly-early times of the day.

Fortunately for me, I stumbled onto my first rule of writing: Don’t Sweat It, Just Write It. 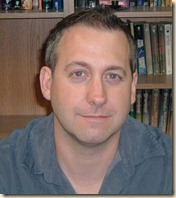 My first draft is essentially worry-free. I don’t edit or revise as I go. I just spew it onto the electronic page as it comes out, confident that I can clean it up afterward. Not that I’m all that confident that what comes out of me will be good in any shape or form, or that I’ll be able to dress it up enough in revisions to actually sell it, but I put those insecurities out of my mind while writing. That gets me through the day.

I’ve heard writers talk about this thing called “Writer’s Block.” I think I used to come down with that malady every now and again, but it never really bothered me in the old days because I was just writing for myself, and I just stopped writing when I didn’t feel the urge until my muse returned. That doesn’t cut it as a professional writer who has deadlines and a mortgage to pay. But, good for me, I don’t really suffer from the Block anymore, because I stick to my second rule: Butt In The Seat = Production.

I write almost every day, only taking breaks during vacations and conventions when I’m too busy having fun. I write on Christmas Day and on my birthday. I write on my wedding anniversary, too, because I’m blessed with a wife who understands that writing isn’t a Monday-through-Friday gig. I don’t always meet my minimum word quota every day, but I make the effort, and once I get into a rhythm with a new project the words seem to flow naturally.

But why go through all that effort, knowing that the odds are against you, that even if you find a publisher writing is still a lonely (and not-so-lucrative) profession? It’s my third rule: You Gotta Believe. 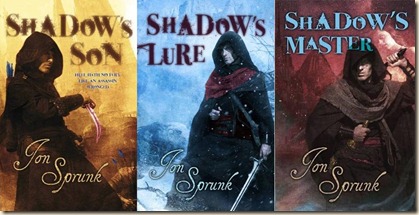 Writing is not for the faint of heart, nor the thin of skin. You need something to keep you going when the manuscript feels dull as dishwater, or when a bad review comes across the wire (and everyone gets them, so there’s no use trying to avoid it). You have to believe that your writing speaks to something unique, that you have something to say that no one else on the planet can relate in exactly the same way. You have to believe this if you want to survive the rough times, the disappointments, and the peanut gallery.

These are just some of the things I’ve learned over the past four years as I wrote the Shadow Saga. And I hope to continue learning, because when it comes to writing I think that the day you stop learning is the day you start becoming irrelevant.

Jon Sprunk lives in central Pennsylvania with his wife and son. His first fantasy novel, Shadow’s Son (Pyr Books) was published in 2010, followed by the sequels, Shadow’s Lure and Shadow’s Master. He is also a mentor at the Seton Hill University Writing Program. For more on his life and works, visit www.jonsprunk.com. 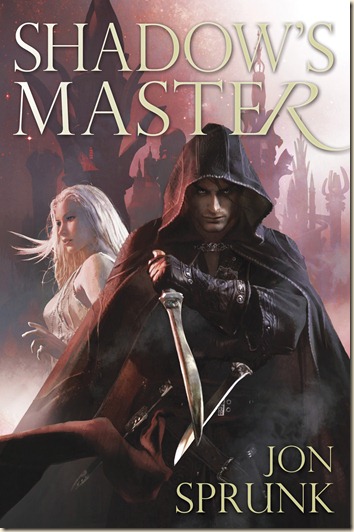