Here is an exclusive(!) first-look at the mass-market paperback edition of Elspeth Cooper’s Songs of the Earth. An entirely new design from Dominic Harman. The novel is already available in the UK in hardcover and trade paperback, and out in the US February 28th).

The smaller paperback edition will be released in the UK in late February. Take a look: 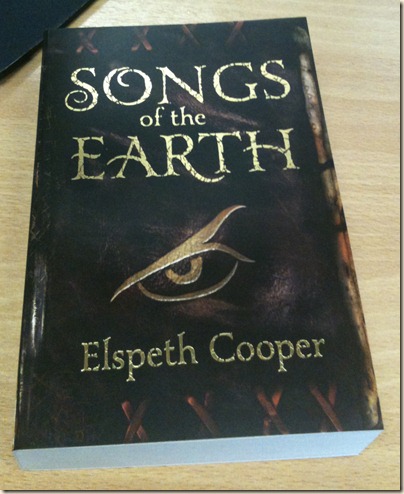 I really like this design – in fact, I much prefer it to the original artwork. This is more arresting and intriguing, whereas the previous artwork just didn’t much stand out, if I’m honest.

What do you think of the new design?

Also on CR: Interview with Elspeth Cooper, & Songs of the Earth review