A Quick Chat with SAM HUMPHRIES 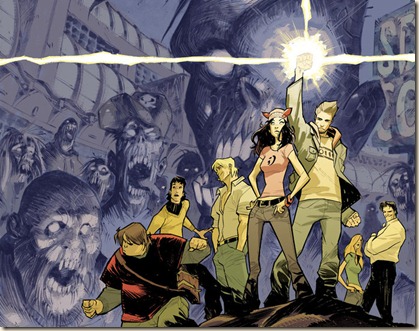 In April, Boom Studios will release Fanboys vs. Zombies, a comic series about zombies crashing San Diego Comic Con, written by Sam Humphries. Humphries is a star of the self-publishing comic scene, who created Our Love Is Real, as well as helping to adapt and working on the series John Carter: Gods of Mars for Marvel, based on Edgar Rice Burroughs’s characters.

Your next series is Fanboys vs. Zombies. How would you introduce it to a new reader?

I would refer them to the title! You read that, and you get it. It’s an action/horror/comedy about a group of friends trying to survive a zombie infestation at Comic Con. It is ridiculous and funny and terrifying. 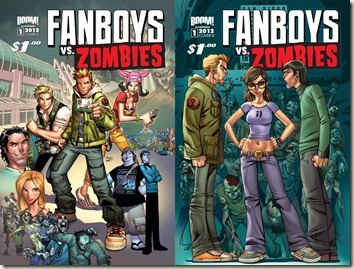 How were you introduced to comics, and what is your favourite comic book memory?

I got a three pack of Marvel Super Heroes Secret Wars for my birthday when I was a kid. All the big time Marvel heroes were in there! It ruled my young life so hard. After that, I was hooked for life.

A recent favorite comic book memory is signing a copy of OUR LOVE IS REAL for Jim Steranko at Comic Con 2011. That guy is such a stone cold pimp. I could hardly believe it was really happening.

How do you enjoy being a writer and working within the comics industry? Do you have any specific working and writing practices?

When writing, I like to disconnect my computer from the internet with a program called Freedom. That tiny app has changed my writing habits more than anything in a long, long time. I don’t drink coffee, so I lean on green tea a lot. A good pair of headphones and a large music library helps too. 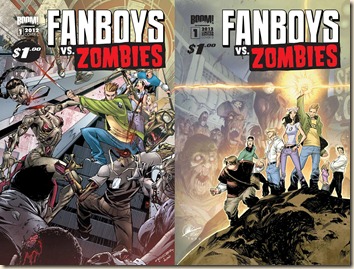 It was a slow process of burning, smoldering desire. I’ve always written a lot, from random blah blah as a kid, to Important Fiction in high school and college, to a copywriting stint where I’d churn out thousands of words on insane deadlines.

I recently found a comic strip I made in sixth grade. It ended with me killing my math teacher with a guillotine. I’m quite proud of it.

What are you reading at the moment (comics, fiction, and/or non-fiction)?

Journalism: The New Comics, an out-of-print omnibus of Comics Journal interviews from the 80s 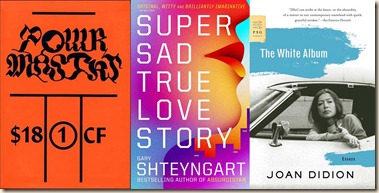 I have three arms. The third is like a tiny T. Rex arm that can never stop moving. It’s totally horrifying.

Game of Thrones season 2, and everyone shutting up about the Mayans!

Posted by Civilian Reader at 3:57 AM