It should be no secret by this point that I’m a fan of Myke Cole’s Shadow Ops series. The second in the series, Fortress Frontier, will be published in the US in a couple months, to follow a little afterwards in the UK. This means we get a new cover, too… 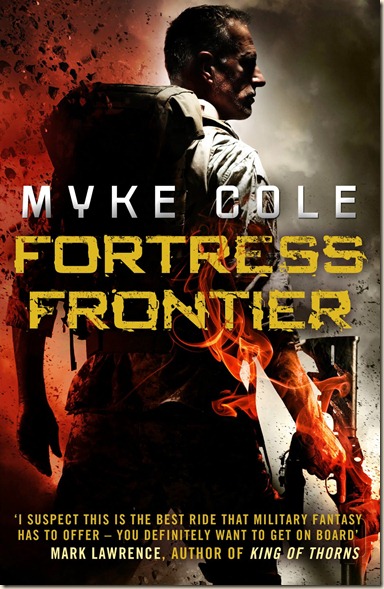 I really like this, and I think it matches the style of the UK edition of Control Point very well. It’s another great job by Larry Rostant.

The Great Reawakening did not come quietly. Across the country and in every nation, people began to develop terrifying powers — summoning storms, raising the dead, and setting everything they touch ablaze. Overnight the rules changed... but not for everyone.

Fortress Frontier will be published in January 2013 in both the US (Ace Book) and the UK (Headline).