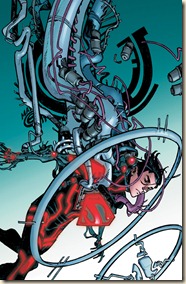 This first volume of Superboy takes us to the labs of Project N.O.W.H.E.R.E., where the scientists thought he was just an experiment – and a failed one at that. But with the combination of Kryptonian and human DNA, the Clone turns out to be more than just a set of data when his stunning powers was revealed.

The first comics I read that featured Superboy were the first few Teen Titans issues. After a misplaced hesitation to read any of the series (the “-boy” made me wonder if it might belong in the selection aimed at younger readers), I decided to dive into the collected edition. And I was very pleasantly surprised.

This series turned out very different to what I was expecting. It’s actually pretty deep, with a well-presented conflict within Superboy.

Superboy is a clone – he’s part Superman, part... unknown human donor. Those monitoring him have difficulty understanding why he lacks Superman’s hyper-vigilance and virtue. That’s not to say he’s a sociopath or anything of the sort. Not a huge amount happens, despite the length of this collection – Superboy’s in the lab, he’s freed, he is tested, he comes back to the lab, and he meets Supergirl. A large chunk of his story is told in Teen Titans (which was only slightly annoying…).

Most of the book is narrated through the lens of Superboy’s confused internal monologue. It had the potential to be overly angsty or teen-emo, but Lobdell manages to avoid this feel entirely, and instead the book offers a pretty decent glimpse into the mind of a clone looking for meaning in his existence and trying to divine his place in the world. A world he has difficulty understanding or accepting. 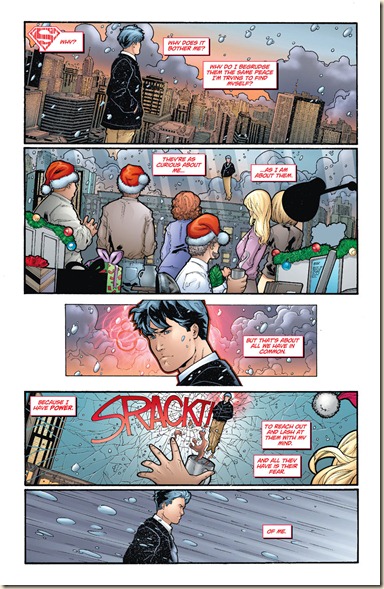 He's an interesting character, one who is hyper-aware and yet lost, unsure of himself and what he is meant to be. He lashes out (as above), but is also not blind to the injustices he comes across. 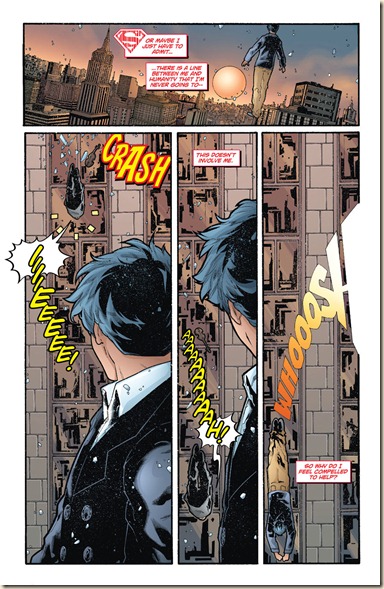 I think my only real concern with these chapters is the timeline – it jumps about a lot, and is perhaps a little too connected to Teen Titans (I’m going to get the first book of that series to fill in the blanks and complete the picture – expect a review soon-ish). It’s not essential to read the other series, but I do think readers will get a lot more out of Superboy’s story if they picked up the other series as well. The wisdom of reading Teen Titans – and maybe Legion of Super-Heroes only becomes greater when you consider that Superboy’s story builds up to the cross-title The Harvest event (which I read a little bit of earlier in the year), that would spawn one of the second-wave New 52 titles (Ravagers).

Overall, though, this was a pleasant surprise. It wasn’t for kids (a pair of super-powered psychopaths have a particularly sadistic way of getting their way), and it doesn’t shy away from graphic violence or bloodshed. That’s not to say it reaches Deathstroke-levels of orgiastic butchery, but it’s by no means squeamish.

Lobdell’s writing is solid, the artwork is pretty decent, and it makes for an enjoyable read. It will, however, have to step up its game going forward if it has any hope of standing out among the rather crowded New 52 titles. 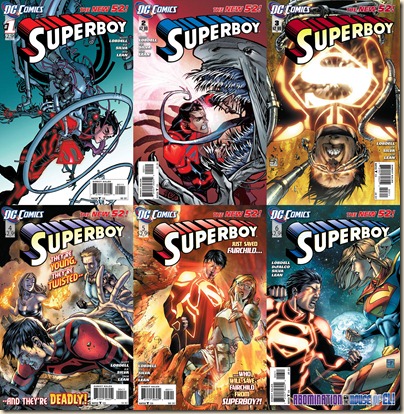 Posted by Civilian Reader at 3:17 AM