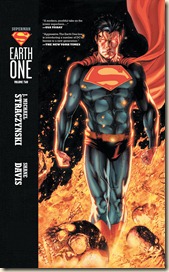 Young Clark Kent continues his journey toward becoming the World's Greatest Super Hero, but finds dealing with humanity to be a bigger challenge than he ever imagined! From a ruthless dictator to a new love interest who’s NOT Lois Lane, things are never easy for this emerging Man of Steel.

And the worst is yet to come, in the form of a man-monster with an insatiable appetite, the Parasite! The only thing that might appease his hunger is The Last Son of Kryptonian! But that will also mean he will have Superman's powers without his conscience, and Kal-El cannot come anywhere near him, even though he has to stop him!

The first volume in the Superman: Earth One story was one of my favourite graphic novels last year – it balanced a great new reinterpretation of the Superman origin story with some of the best artwork I’ve ever seen. It had heart, it had strong writing, and was visually stunning. Volume 2 continues this trend.

The story sees Clark Kent moving forward in his new role as a Daily Planet reporter, struggling to find another scoop to help him make his mark. Meanwhile, Lois Lane has a bit of an itch, confused and concerned about Clark’s background. She decides to do some investigating, to see if she can uncover what’s really going on with the new star reporter. It’s her reporter’s nose for a story, but also a bit of professional jealousy because Clark got the Superman scoop and she didn’t.

Parasite, the antagonist, is really freaky – visually and as a result of his thirst for energy. In some ways, the Superman-vs.-Parasite story is a little thin, in that it appears more as a vehicle through which we can see Clark deal with a formidable foe and defeat; governmental forces who are nervous about Superman’s maneuvering for anti-Superman weapons funding. 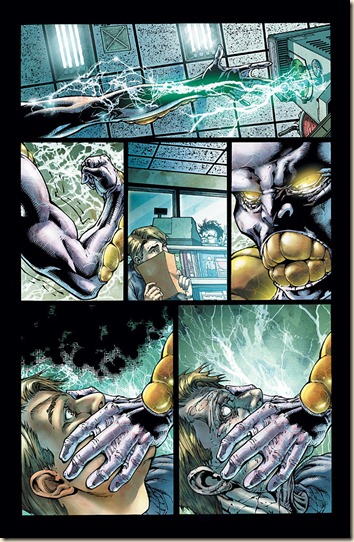 There’s an additional side to the story that I thought was done very well, and that’s the early look at Superman’s place in international relations. He is American, so naturally other countries are nervous about his powers and ability to ignore borders (not to mention bullets…). A tsunami hits a poor Asian nation, but the country’s dictator warns Superman away from helping, and threatens that continued interference will result in torture and dismemberment of more of the “rebels”. How should Superman deal with other nations and their laws? The interpretation of him being an American surrogate or even lacky… I liked this a lot. 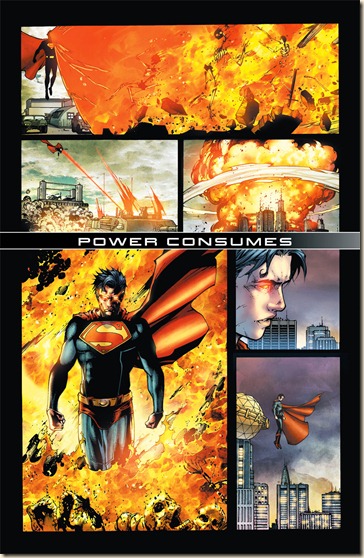 Clark has also moved on in his personal life, taking the next grown-up step by moving into a shitty apartment building. It’s populated by the less salubrious members of society – including a Dylan-loving heroin addict (who features in a very tragic final scene), and someone who could well be a new love interest for Clark. She is a more fun-seeming alternative, who lives in his building and loves the Rocky Horror Picture Show, but also has her own secrets. I really liked the way Straczynski handled the story, and I certainly found her more endearing than Lois Lane. I hope their relationship is developed in future stories. 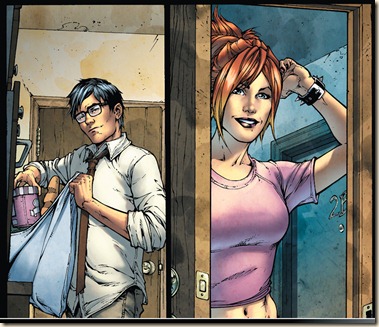 There’s a good amount of gentle humour through the book, deployed at just the right times and without feeling forced. For example, after draining some of Superman’s power:

“Feel BIG... Like I could take on the whole planet. So maybe I’ll do just that.”

Or, another amusing, not to mention awkward and unique reminiscence of the time Jonathan Kent told Clark about the birds and the bees, and the fact that nobody knows what could happen if he became “intimate” with someone:

Overall, this is once again a superb story. It is as focused on Clark’s life as Superman’s mission. He’s still figuring out his limits – morally as well as physically. I particularly enjoyed the different, more real-life side of the book, the more adult approach to his personal life. Along with Mark Waid’s Superman: Birthright, this is one of the best early-Superman stories I’ve read.

The artwork is stunning – sadly, the samples I’ve included in the review don’t quite do it justice (everything seems far more vibrant and arresting in the actual book). The writing is equally superb, and I cannot wait for the inevitable third volume. 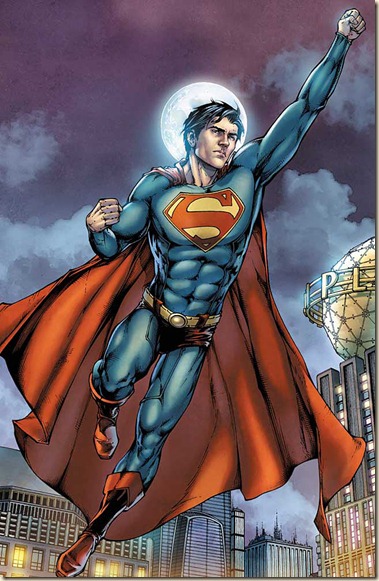 Be a Super-Hero. Use the moon as a halo…