A Quick Chat with JAMES SMYTHE 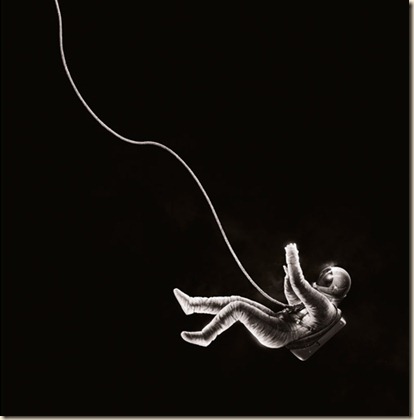 I’ve been eagerly anticipating The Explorer ever since I caught sight of the cover artwork. There’s something equally beautiful and terrifying about that image… Anyway, I did some digging and found out some more about the novel and Smythe’s writing. I was lucky enough to get an advance copy (expect a review in a couple of weeks or so, closer to the eBook release at least), but wanted to ask James some more questions about his novels, and being a writer. As it turns out, we have a very similar taste in movies, too…

Let’s ease into things: Who is James Smythe?

I’m a writer, lecturer and video game designer. I’ve written books called The Testimony, The Explorer, Hereditation, The Machine, and some others that don’t have titles yet.

Your next novel, The Explorer, will be published by Voyager in December (as an eBook) and January (hardcover). How would you describe the novel to a prospective reader? 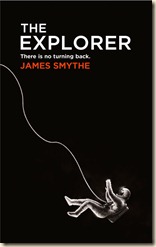 So: it’s the story of Cormac Easton, a journalist who is chosen to be a part of the first manned mission into deep space. It’s set in a semi-plausible near future, where we – humanity – haven’t been to space in decades, and we decide that we’re going to try again – to go as far as we can go, to push the limits of our endurance. Only, Cormac’s crew all die, one by one; and he’s left alone, drifting and lost, and without a clue how to get home...

Mostly it was classic SF. The stuff I loved when I was younger, which I thought was halfway between high-concept seriousness and pulp. I started with a man in isolation, and it worked itself out from there.

Your previous novel, The Testimony was a critical success. How would you introduce it to a new reader? 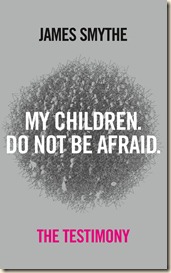 The Testimony is an apocalyptic novel about what happens when everybody in the world hears a sound at the same time; a sound that then becomes a voice, telling them to not be afraid. It’s about war, god, disease and panic, and it’s hopefully funny, tragic and exciting in equal measure.

As a kid. Youngest me can remember having SF kids books – a spacefaring dustbin called Tubby Tin, if memory serves – and then all the cartoons I loved as a child were SFF in some way or other. From there, books led to Stephen King, who led to other genre. I’d blame him for me finding all the classic SF writers I read, mainly because he recommended them in the introductions to his novels.

I love it. It’s the single best job in the world.

So, always. Which is a stock answer, but I’ve always written. I didn’t know it was a thing I could do as a career until university, really, but the first time I was published gave me such a taste: in the school end-of-year-magazine, a short story called “Rafilkesh”, about a hunter. I spent hours on it, and to see it published felt like a real achievement. 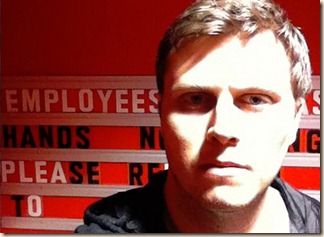 I love genre, but I love everything. I’m not a staunch believer in party lines, as it were: I’d like to think that a good story is a good story full stop. My favourite novels this year include hard SF, black comedy, gritty literary fiction, slightly abstract metafiction, YA urban fantasy... I’m really not one for worrying that stuff. So, who knows were my work fits in? I definitely don’t.

I’m working on a sequel to The Explorer right now, and a book about a very weird kidnapping/ransom. Before both of those, though, there’s a novel out mid-2013 called The Machine, about memories and technology...

Right now I’m reading Stephen King’s The Gunslinger, for a rereading project I’m doing for The Guardian newspaper. After that: some horror. Wake In Fright by Kenneth Cook and Death Sentences by Kawamata Chiaki. That’s research... 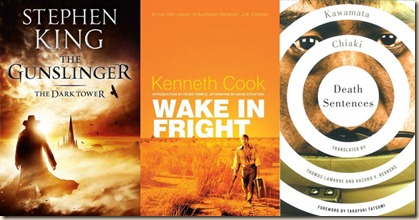 That I am nearly 6’8” tall. That always seems to surprise most people!

Professionally? Publication of The Explorer and The Machine. Personally? Some hopefully amazing novels (two new Stephen Kings, Joe Hill, Neil Gaiman, Lauren Beukes, so many others I can barely count them) and some hopefully fun films – The Hobbit, Iron Man 3 (Shane Black is a hero of mine), Star Trek Into Darkness, Man Of Steel, The Wolverine.