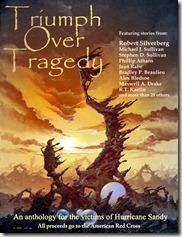 The other day I posted a write up of the Triumph Over Tragedy charity anthology, written by R.T. Kaelin who conceived of the idea. I also included a number of introductions or synopses for the stories that will feature in the collection, which I sourced from the authors. Ari Marmell, one of my favourite fantasy authors (whose work I nevertheless haven’t read nearly enough of) also wrote something up, but it turned out to be a lot more than I was expecting. Therefore, in the spirit of bringing you as much info as I can, here is Ari’s short article about his contribution, “Big Apple, Small Serpent”…

“Big Apple, Small Serpent” wasn’t written with this anthology in mind. In fact, I wrote it well over a year ago, when the events that inspired it – the temporary escape of an Egyptian cobra from her enclosure – were still in the national news. 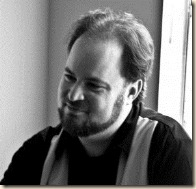 I wrote it, I edited it, I showed it to a few friends, I rewrote it... And then I stuck in a drawer. (Well, a folder on the hard drive. Call it an e-drawer.) Not because I wasn’t proud of it, but because I hadn’t the first clue what to do with it. It was something of a departure for me, really. I normally write fantasy (both traditional and contemporary) and/or horror. And while this had elements of those, it wasn’t really either. Nor was it precisely magical realism, or the “new weird,” or anything else. I honestly hadn’t the first idea where to submit it. I thought about just putting it up on my web site, but I kept feeling like I could find something else to do with it. And eventually, it just sort of slipped my mind.

Fast forward to a few weeks ago. Phil Athans forwarded me Ryan’s e-mail, inviting authors to contribute to this anthology. I knew I really wanted to contribute, but I wasn’t sure I was going to have the time to write something new. And that’s when “Big Apple, Small Serpent” jumped back to mind.

It’s a tiny bit of a squeeze, I admit. You have to sort of tilt your head a little and squint to see the “triumph over tragedy” theme in the story, but it is present. To me, though, that’s not what makes it appropriate for this book. No, it’s the fact that it’s based on a genuine news event from one of the cities hit by Hurricane Sandy – a far lighter event. An event that brought humor and wonder to the many across the nation who followed it, and that ultimately provided us with a happy ending.

Whether in good times or in bad, I don’t think we can get enough of those.

More on CR: Reviews of Conqueror’s Shadow, The Thief’s Covenant, False Covenant, and an Interview (the second ever for the site, actually)

To learn more about Ari multiple writing projects, many excellent novels, and other bits ‘n’ pieces, check out his website and be sure to follow him on Twitter.

His latest novel is Darksiders: The Abomination Vault.