There are jokes about the sheer breadth of titles that feature Wolverine – he’s in a number of Avengers titles, and there are even multiple Wolverine-centric titles. In the re-booted Marvel NOW initiative, coming in the wake of the universe-spanning Avengers vs. X-Men event, there is of course a new Wolverine #1. The pre-AvX Wolverine was ably helmed by Jason Aaron.

Post-AvX, however, the title has become even more intriguing: it will be written by Paul Cornell.

Cornell is a masterful British writer, who has written in the Dr. Who universe and also, most recently and familiarly for me, DC’s New 52 Demon Knights and Stormwatch, as well as Saucer Country for Vertigo. (A review of the first collected edition of the latter to come very soon.)

Art duties for Wolverine will be handled by Alan Davies. 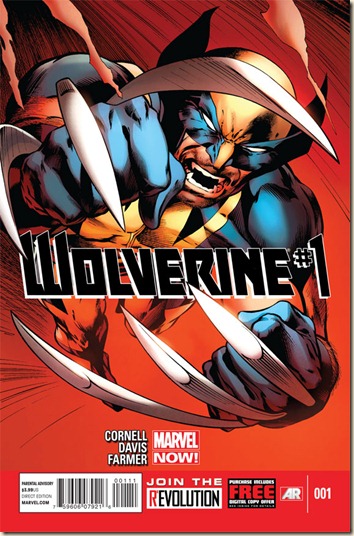 Here’s what Paul Cornell had to say about the series:

“This is the series that gets into what makes James Logan tick, that shows him being, as he puts it, ‘a regular guy’, interacting with civilian friends of his in New York City… The most amazing thing about James is that he’s been alive so long, gone through so many extraordinary things, is such a strange being, but holds on – very hard – to being a guy who likes to hang out in bars with good company, who can run a school, who’s a decent, civilized man. Most of the time. No vampire alienation and boredom for him. He’s a man of the people. I’m going to poke that and see what happens.”

Needless to say, I’m really looking forward to this. Wolverine #1 will be published some time in March 2013.

In semi-related Paul Cornell news: his latest novel, London Falling, will be published in December 2012 (UK) and April 2013 (US), by Tor Books in both territories.