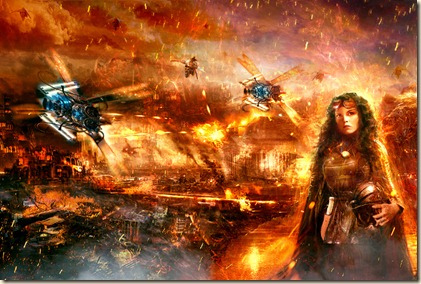 Adrian Tchaikovsky’s Shadows of the Apt series has one of the most interesting fantasy settings I’ve come across. Sadly, I’ve not read beyond the first, excellent, Empire in Black and Gold, but I fully intend to catch up on the rest. Given Adrian’s impressive productivity, though, I’m not sure I’ll ever be able to truly catch up. And that will be absolutely ok by me. I have wanted to interview Adrian for a while, and I am very happy to share with you his thoughts on writing, his novels, and also his contribution to the post-Hurricane Sandy charity anthology, Triumph Over Tragedy.

Let’s ease into things: Who is Adrian Tchaikovsky?

I’m a fantasy author who first saw print in 2008 with Empire in Black and Gold, the start of my Shadows of the Apt series that is still ongoing, and I have a slew of short stories out there in various anthologies as well. I’m also a gamer (live, tabletop and online), science graduate and lawyer, but it’s the writing that’s the main thing.

I wanted to start with your contribution to the Triumph Over Tragedy anthology. What can you tell us about the story? 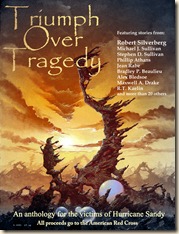 “Spoils of War” is set in the same world as my series. Part of the backstory is a war brought by the Wasp-kinden, an aggressive and modern culture, against the huge but moribund Dragonfly Commonweal. Shadows of the Apt has as a main theme the clash between old traditions and the march of new progress, and this war showcases that imbalance. The Commonweal is really a traditional fantasy monarchy with a feudal system, and armies of peasant levies lead by a small noble warrior class. The Wasps, with superior training, discipline and technology, tore them apart. However, that’s just the backdrop, and it’s not what the story is about. The grand clash of armies is, of course, a fantasy staple, but “Spoils of War” is about the collateral damage. In the aftermath of the Wasps’ advance, across a countryside that has been absolutely devastated by the army’s passage, an old man is trying to find his daughter, taken by Wasp slavers. He is armed only with his wits and a consignment of decent wine. It’s a story about the triumph not of heroes, but of an ordinary man. It’s a story about the side of war that fantasy fiction doesn’t focus on so much (or hasn’t until relatively recently). 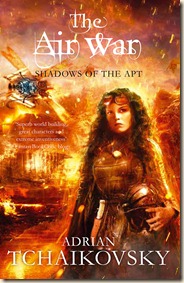 Your Shadows of the Apt fantasy series, which started with Empire in Black & Gold, is now up to book eight, The Air War. Without giving too much away, what do you see in the future of the series?

Well, the war brought by the Wasps has developed considerably by the time The Air War comes along, as the title suggests. The history of the Apt has moved on into the sort of territory normally associated with World War II, rather than the dark age/medieval genre standard. Book nine, War Master’s Gate, has two main strands: one is the war, and the fact that despite a number of setbacks, the Wasp armies are simply grinding onwards, a step at a time. The other is magical – there is a hunt on for supernatural power that comes from the Imperial throne itself, leading to a very different sort of conflict within the forest heartlands of the Mantis-kinden.

The people of my world are the insect-kinden – human cultures who each draw powers and inspiration from different types of insects. In the past I’ve tried to be terribly educated and talk about Kafka and Pelevin and Capek’s Insect Play, and say what a good metaphor for various human behaviours insects can be. In truth, though, I basically really like insects, and that’s kind of the root of it. In addition, though, there’s lots of what I call “echo history” going on – as the insect-kinden run into analogues of real historical events, which they solve in their own way, using their own peculiar clockpunk technology and the ‘Art’ that derives from their patron insects. This gets a lot more pointed towards the later books of the series where the history that’s being echoed is much more modern. The insect-kinden get to make some difficult, familiar choices. 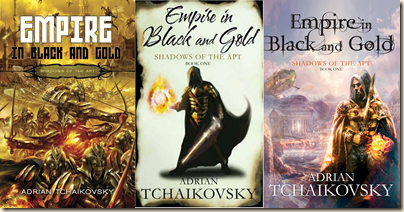 Has the series developed the way you anticipated? Any surprises along the way?

The characters have rather run away with the series sometimes! I’ve had at least one villain who survived what was intended to be his own death (and go on to be a major continuing character) whilst at least one main hero died between edits. More than that, I hope I’ve done a good enough job at creating a world with a consistent logic to it that a lot of the developing plot in the second half of the series has arisen simply because of earlier choices – it’s a sort of chaos math thing. I didn’t exactly plan a lot of it out at the start, but, looking back, a lot of it was probably the inevitable large-scale result of small decisions I made in all innocence.

I have always been a genre man. I grew up on Doctor Who and Star Wars, and as a teenager I cut my teeth on such accomplished masters as Diane Wynne-Jones and Ursula Le Guin, writers who were stretching the boundaries of the genre (and why is it that the Young Adult market is such a fertile ground for really interesting ideas?).

I am indecently lucky. I had an ambition, and it worked out, and now I’m doing it J. It’s hard work (especially as the day job is very much still in the picture) and sometimes it feels like I’m on a conveyer belt constantly clambering over mounds of edits and proofs and the like. Sometimes, also, there are parts of the publishing industry that seem to work to arcane, inexplicable and sometimes very frustrating rules of their own, and you very quickly get into a place where you’re constantly desperate for the next book to do well, and save you from the plunge into obscurity, like a high wire act always grasping for the next trapeze. But it’s great. Really, if you can crack it, it’s great.

I haven’t really built up much of a ritual. I write every day when I’m working on a book – each evening, and then most of the Friday. Other than simply keeping writing, I’m not sure there are many practices needed. As for research, I’ve done some for short stories, but as all my novels are so far set in the same world it’s not been an issue. However, I am currently tooling up for the next series, and I have a shelf full of reference books for inspiration, so we’ll see how that goes.

One thing I have learned, and that I’d do differently if I had the time again, is the simple craft of exposition when you’re dealing, as I am, with a high concept world. I introduce a lot of ideas very quickly in Empire and I think I make my readers work too hard in those first few chapters. 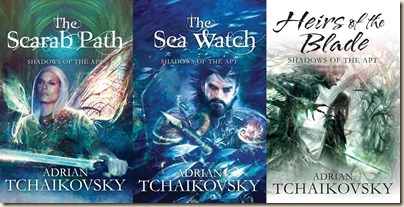 I think that I was wanting to be an author before I really realized it was something you could be. I remember making little picture books when I was a kid, for example. The idea of “You can write books for people to read” only really hit me around the age of 16 or so, and I think it was actually the Dragonlance books that flicked the switch: these people were writing about their D&D campaign! How cool was that?! Anyway, my early stuff had some good bits in it (some of which have since been recycled), but objectively they were rubbish. Yes, I fondly recall some of the characters who deserved a rather better book to be in, but all in all it’s best left to the bottom drawer, never to see the light of day. Each subsequent attempt was, I hope, a little better until, after a very long time, here I am.

There is a definite “realist” movement in epic/heroic fantasy these days, and despite some of the rather bizarre concepts knocking about in Shadows of the Apt, I’m right there with them. These days the primary colour heroics of, say, The Belgariad and similar works aren’t common, and writers are more interested in look at the darker, grittier (a word perhaps over-used) aspects of human nature, and social situations that are more morally complex. The movement includes such luminaries as Lynch and Abercrombie, and I think all of us, growing up on the same reading material, kind of came to the same place at the same time. We each approach the idea very differently, but there is that distinct theme of fantasy with the gold paint rubbed off, fantasy that gets its hands dirty.

Oh well, that’d be telling… After Seal of the Worm, the 10th and last book of the current series, I’m looking to bring out a standalone fantasy currently going under the title, Guns of the Dawn. It’s set in a secondary world that resembles the early 19th century, so Napoleonic/War of Independence sort of time, and my unofficial tagline is Jane Austen meets Bernard Cornwell.

I read genre fiction voraciously. I’ve just finished Peter Beagle’s short story collection Sleight of Hand (I’m a huge fan of Beagle). Other recent books that really stood out were Chris Beckett’s Dark Eden, some of the best SF I’ve come across in a long time, and Francis Hardinge’s A Face Like Glass. 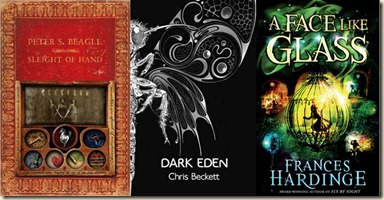 I’m Spartacus. And so is my wife.

Eastercon, one of the UK’s big conventions, is happening right next door to me next year, which will be convenient, and of course we have Worldcon and the World Fantasy Convention coming to the UK, so it’s going to be busy. I am also looking forward to people getting their hands on my next book, War Master’s Gate, because I’m very proud of it, it brings a lot of different threads in the plot together. And the Hobbit. Seriously, I’m looking forward to that, but then isn’t everyone? 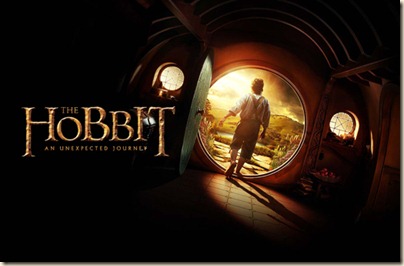 Shadows of the Apt: Empire in Black and Gold, Dragonfly Falling, Blood of the Mantis, Salute the Dark, The Scarab Path, The Sea Watch, Heirs of the Blade, War Master’s Gate [forthcoming], Seal of the Worm [forthcoming]

If you’d like to learn more about Tchaikovsky’s novels, be sure to check out his website. Or just buy them, or get them from your local library. You’re in for a treat.