Uh, this is an awesome cover… 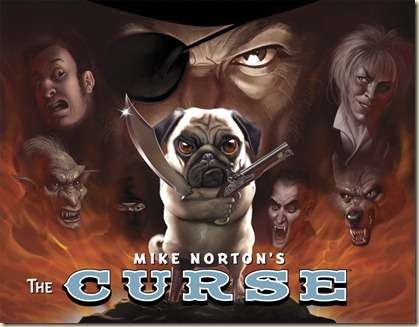 This made me chuckle as soon as I saw it. Mike Norton is the man behind Battlepug, too (cover below). Here’s some info for The Curse, which is out now from Oni Press:

In 2009, cartoonist extraordinaire and internet sensation Mike Norton (BATTLEPUG, DOUBLE FEATURE COMICS: THE ANSWER) took the “24-Hour Comic” Challenge and created the pug-tastic comic THE CURSE over the course of a single day! He returned with sequels spawned during “24-Hour Comic” events in 2010 and 2011. Now all three tales of pirates and pugs are available in print in this new softcover collection!

And here’s the artwork for Battlepug: 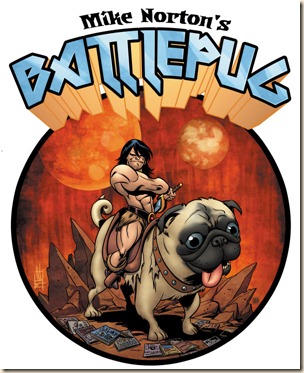 Posted by Civilian Reader at 1:58 AM