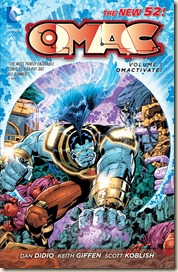 Kevin Kho has become an unwilling participant in a war between Checkmate and Brother Eye as he is transformed into the One Machine Army Corp known only as O.M.A.C.!

This is just a quick review of this book. I originally picked this up because I remember Ranting Dragon reviewing a few of the issues favourably, so when I saw that O.M.A.C. would be appearing in Justice League International (another series I’m about to try), and found the collection at the Strand for a very nice price, I thought I’d give it a try. I’m glad I did, but I’m also sad to say that the series didn’t really do it for me like I’d hoped it would.

This is a very bold comic. It’s big, loud, and kind of the DC’s version of the Hulk, but with tons of added technology. It throws us right into the story without much preamble or Origin story. The back of the book has a quick summary run-down and it suffices to locate the reader:

Kevin Kho has become an unwilling participant in a war between Checkmate and Brother Eye as he is transformed into the One-Machine Attack Construct known only as O.M.A.C. 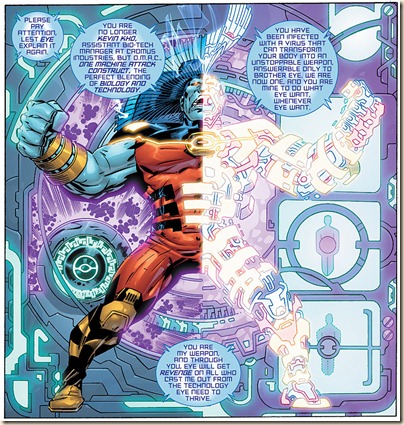 Once Kevin is arrested and imprisoned for a crime he didn’t commit, he is confronted by the mind-altering power of demented Professor Arous, a.k.a. the Psi-Fi Man, whom Brother Eye considers one of its greatest threats. Meanwhile, Sarge Steel and his Checkmate Elite, under orders from Max Lord, begin their hunt for O.M.A.C. And soon enough, S.H.A.D.E. joins in on the pursuit, sending their top agent, Frankenstein, to capture the fighting cyborg.

The issue featuring Frankenstein is, actually, pretty cool, but it’s more of the same by this point, and all it did was introduce me to Frankenstein. Which was no bad thing, but it didn’t really make me need to go check out that series as well. 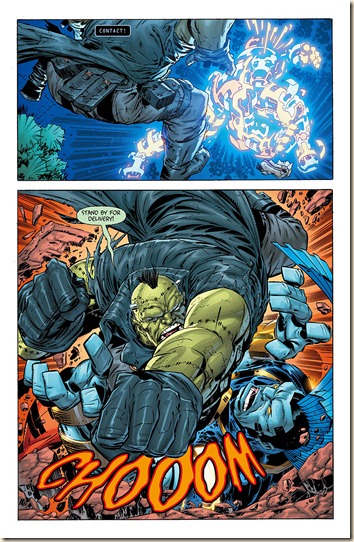 Also, I am very confused by the fact that the “Time Father” is a very young-looking girl. With a skipping rope… 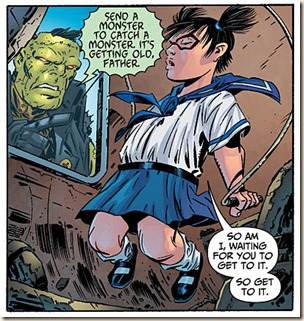 While looking for a preview images online, I also came across an interview with Keith Giffen on DC’s blog, and there are a handful of statements in it that I thought would be good to use as jumping-off points to address some of my thoughts on the book. So, here we go.

“Going into O.M.A.C., we knew we wanted to do a big, bold, brassy, over the top comic book… That was, believe it or not, our mission statement. Whaddaya know... things worked out.”

Well, they certainly succeeded. As I mention at the top of the review, this is indeed a very bold, brash and action-packed series. There’s so much destruction and fighting that it could almost be a Bruckheimer production. 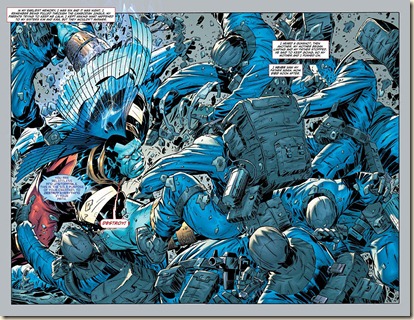 “Be forewarned: if you like your comics all warm and cuddly and concerned with your feelings you might want to pass on this. If, however, you’re into the sheer lunacy that only comics can provide... have we got some stories for you.”

Also very true. There’s barely any character development or ‘depth’ to this series. In fact, this kind of annoyed me. We seemed to be going from one fight to another, with very little in the way of story to tie it all together. Each issue saw Kevin transported to a new location, purely so he could have a fight with something.

This statement contains a lot of information on the series, but thankfully doesn’t give any actual spoilers. Needless to say, though, each of these elements to the story was not overly developed. The Checkmate Elite team were barely used, except to get a pounding and introduce readers to ambient technology – the latter of which was, actually, a very cool and inspired creation. The strange alligators were somewhat intriguing, but given really poor dialogue. And the talking animals? That was a step too far (with just a couple of chuckles). Also, the “Factory of Evil”? Seriously?

The writing throughout the series is uneven. It was usually quickly-paced, but the humour is very hit-or-miss, with some moments eliciting a chuckle and others raising an eyebrow or even a disappointed sigh. The stories just veered into silly territory, sometimes, and certain elements were really uninspired.

Was it fun? Sure, in the same way that a Jerry Bruckheimer or Michael Bay movie is “fun”: it’s loud, bold and predominantly eye-candy, but it leaves you dissatisfied at the end. I’ve read better comics, but it’s true that I’ve also read far worse comics. I’d give this a middling grade at best. 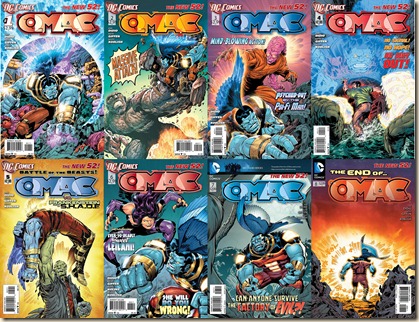